Souls Can Be Rebuilt and Improved through Christ, BYU Exhibition Demonstrates 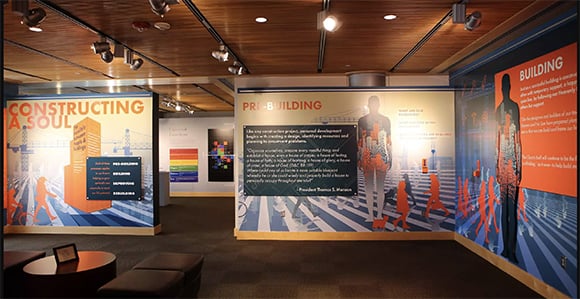 The recently opened “Constructing a Soul” exhibition at Brigham Young University explores the many parallels between constructing and maintaining a building and “rebuilding” and improving one’s own life.

Fire gutted the historic Provo Tabernacle in the final month of 2010, leaving many to wonder if the iconic structure would forever remain history’s claim.

But then the miracle occurred.

Working under the direction of inspired leaders, contractors, builders, and designers took the charred remains of a decimated building and transformed it into something more beautiful and essential than ever before—the Provo City Center Temple.

And so it is in our own lives. Through the grace of a Master Builder, even the most damaged bodies and souls can be purified and rebuilt into something precious and new.

As Paul taught: “Know ye not that your body is the temple of the Holy Ghost which is in you?” (1 Corinthians 6:19).

A new exhibition at Brigham Young University entitled Constructing a Soul celebrates the miracle of divine rebuilding promised to all who invite the Savior into their lives.

Located in the Education in Zion Gallery in the Joseph F. Smith Building, the exhibition explores four key principles elemental to engineers and building contractors: pre-building, building, improving, and rebuilding.

Guest curators Clifton Farnsworth and Paul Richards are quick to note they are neophytes in pulling together museum exhibitions. Both are engineering professors at the Church-owned school.

Still, Farnsworth recognized the potential for a construction-themed religious exhibition several years ago after visiting the Bodies Filled with Light exhibition on display at the time in the Education in Zion Gallery. He was inspired by the many references to the human body found in scripture.

“A light bulb clicked that there are also many [gospel] references to construction and building,” he said.

BYU faculty members are challenged to integrate their academic teaching with the gospel. So he reached out to Education in Zion curator Heather Seferovich. The two agreed a building-themed exhibit was a good fit for the campus. A short time later, Richards was brought into the project.

“I have always tried to look for parallels between the gospel and my occupation,” said Richards. “I’ve found many connections between engineering and building and our own personal development as sons and daughters of God.”

Both engineers/curators were especially drawn to the exhibition elements that explore the Christ-driven act of rebuilding.

Just as the ruins of an incinerated Utah County tabernacle were once rebuilt into a sacred temple, “we can do similar things in our own lives as we rely upon the Savior,” said Farnsworth.

Constructing a Soul will be on display through the summer of 2022. Admission is free. 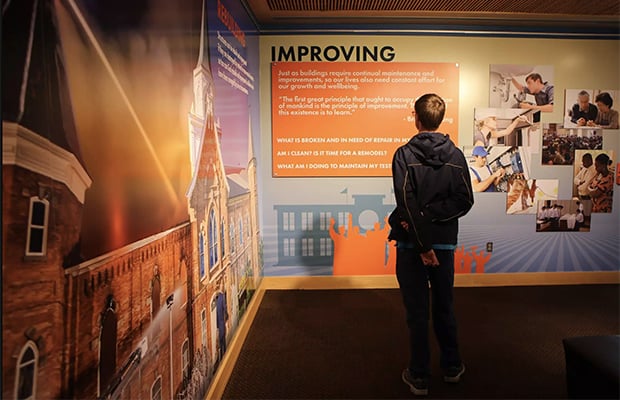 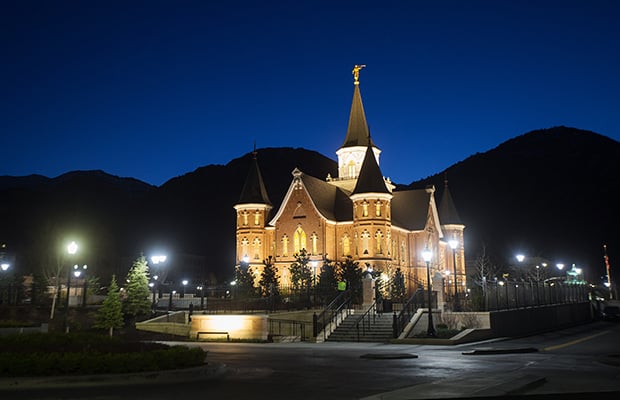 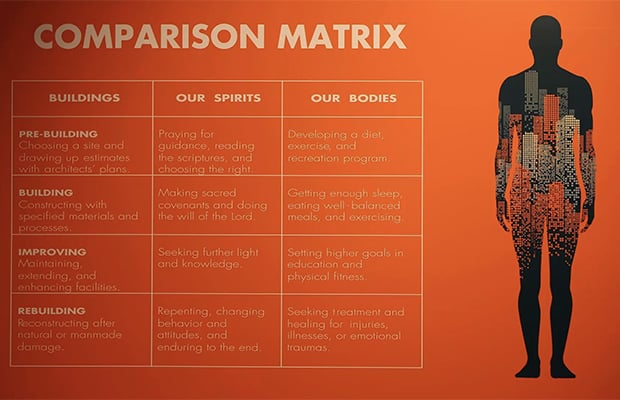 Comparisons between building and rebuilding a building and a soul are explored in the Constructing a Soul exhibition at Brigham Young University. Photo courtesy of Education in Zion Gallery, BYU. 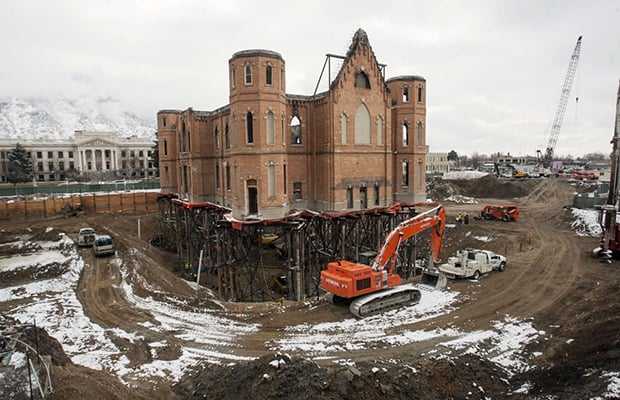