Six Issues of Liahona in Simplified Chinese to Be Offered Annually 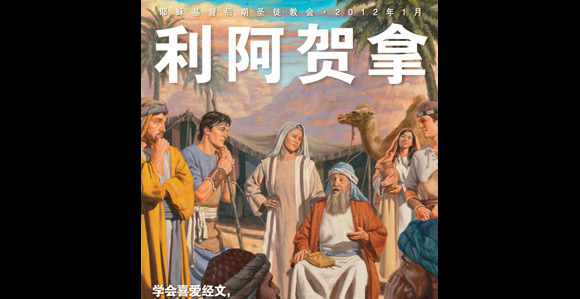 Chinese speakers in various parts of the world will soon be able to read the Liahona in simplified Chinese.

“We are grateful that these faithful Chinese members will now have access to the words of living apostles and prophets in their own written language.”—Elder Anthony D. Perkins of the Seventy, president of the Asia Area

Chinese speakers in many parts of the world will soon be able to receive the Liahona in simplified Chinese in addition to traditional Chinese, which has been available for some time.

Six Liahona issues, including the two conference issues (May and November), have been approved to be printed in simplified Chinese each year. The January and April issues have been published on the Web. The May conference edition was the first issue to be available in print.

Of the change, Elder Anthony D. Perkins of the Seventy, president of the Asia Area, said: “In recent years, thousands of individuals from mainland China have joined the Church while studying or living outside the People’s Republic of China.

“These converts have accepted the gospel of Jesus Christ in dozens of countries, especially in English-speaking nations like the United States, Australia, Canada, and England,” he continued. “Although they can read English or other languages, we are grateful that these faithful Chinese members will now have access to the words of living apostles and prophets in their own written language.”

Because these Liahona readers are so dispersed, neither the conference editions nor the regular issues—which will be published in January, April, July, and October—will include local news pages.

Printed copies of the Liahona in simplified Chinese are available for purchase at the Hong Kong Distribution and Salt Lake City Distribution stores. Other stores may also carry the magazines, depending on local demand.

Readers outside of mainland China who are interested in subscribing can do so through the Online Store or by calling Customer Support. (In the United States, this phone number is 1-800-537-5971. In Hong Kong, members should call the Distribution Services store directly at 852-2756-5777. Readers in other countries can find their Customer Support number at the Online Store.)

The January 2012 issue was the first time the magazine was translated into simplified Chinese and published with complete, full-color graphics. (Previous issues were provided as text-only documents.)