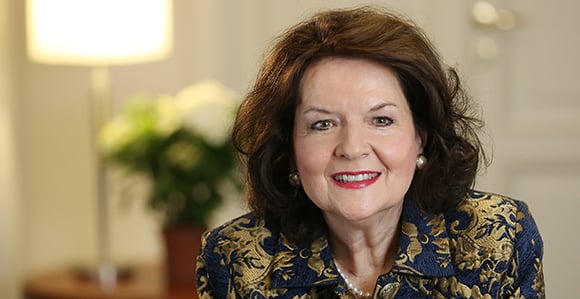 “I can take any witness stand in any nation on the earth to tell you for sure that Russell Marion Nelson has been called by God to be the Lord’s prophet on the earth at this time.” —Sister Wendy W. Nelson

Tuesday, January 2, 2018, started out as a typical day for Sister Wendy Nelson.

She spoke at the funeral of a dear 100-year-old friend. Then she and her husband, President Russell M. Nelson, went to the temple, did a little Costco shopping, completed some projects, and turned in early for bed.

The couple was stunned to learn of the death of President Thomas S. Monson, the 16th President of The Church of Jesus Christ of Latter-day Saints.

Sister Nelson knew her husband, then President of the Quorum of the Twelve Apostles, would be ordained as the Church’s next prophet.

She and President Nelson cried, talked for a long while, made some phone calls, and turned out the lights.

“I remember staring out into the dark … and into our future,” she said.

The hymn “Where Can I Turn for Peace?” came to her mind. In that moment, in the darkness, she focused on the line “Where can I run?”

Two days later, however, the Lord gave Sister Nelson “a most unique, most distinctive experience that I could never deny or forget,” she said. From the experience, Sister Nelson knew “the mantle of prophet was upon my husband.”

“The experience was so dramatic, so clear, that it really was embedded upon my heart and my mind right in the moment,” she said.

“So I can take any witness stand in any nation on the earth to tell you for sure that Russell Marion Nelson has been called by God to be the Lord’s prophet on the earth at this time,” she said.

After marrying President Nelson in 2006, Sister Nelson had, on numerous occasions, witnessed him receive revelation from the Lord during the night, especially as general conference approached. But after he was ordained as the Lord’s prophet, the revelation came with frequency and intensity. “My husband is trying to get every bit of instruction that he can,” she said.

For example, early one Saturday morning, Sister Nelson awoke and knew she was to get out of bed. She was not done sleeping, but she could feel the prompting to “move out of bed now.”

“So I went downstairs and did some family history research and then puttered with some other things,” she recalled. “Two hours later, my husband emerged from our bedroom and said, ‘Wendy, you won’t believe what has been happening for two hours. The Lord has given me detailed instruction about a process I am to follow.’”

Other times the Lord has prompted Sister Nelson to stay close to her husband when he is receiving instruction. “My husband will say during the night, ‘OK, dear, it is happening.’ I remain quiet, and then soon he is sitting up on the side of the bed writing.”

Sister Nelson said she never reads the private messages the Lord has for President Nelson.

Sister Nelson remembers watching her husband as he was sustained on March 31, 2018, during the Church’s solemn assembly at general conference. She was filled with peace from the Prince of Peace.

Some of the great photographs taken during that moment capture Sister Nelson’s hand raised high. She was immersed in peace, she said.

She had no idea then she would witness so much “action, movement, innovation, and change” in the Church in the following months.

At 94, President Nelson is becoming “more of his true self every day,” she said.

“The man that I literally kiss goodbye in the morning is just a little different when he comes home,” she said. “He is even more joyful. He is even more filled with love. … He is finally doing at 94 what he premortally said he would do.” 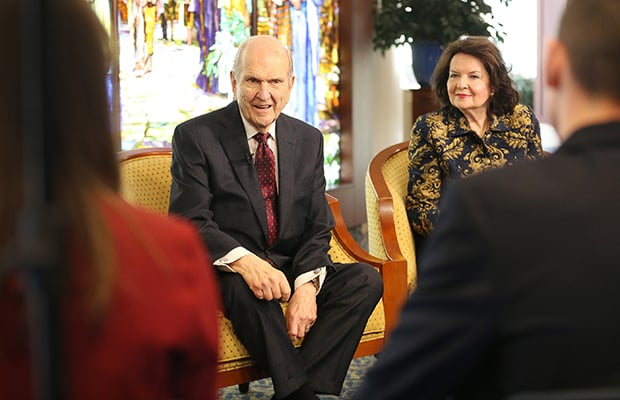 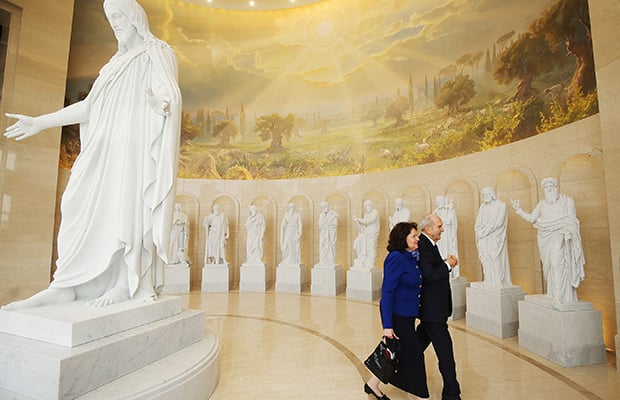 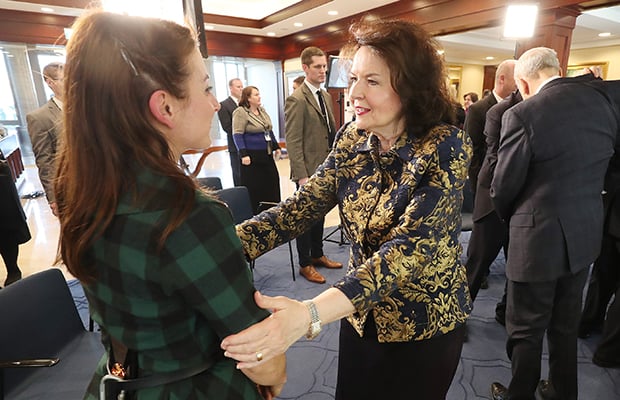 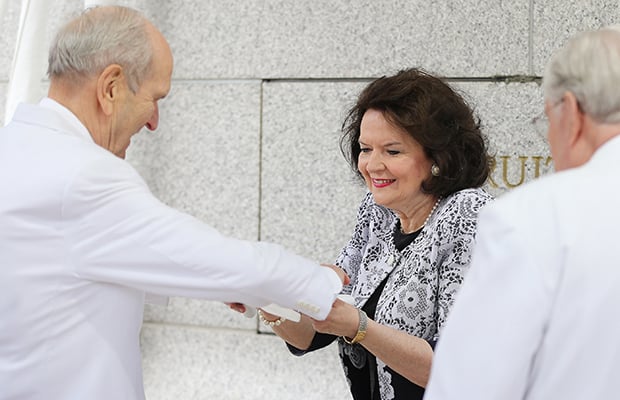