See a Timeline of the First Decade of the Restoration 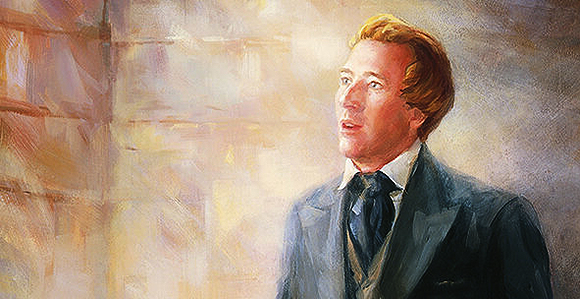 Joseph Smith receives revelation at the organization of the Church on April 6, 1830.

Spring this year marks 200 years since Joseph Smith saw God the Father and His Son, Jesus Christ—an event that marked the onset of the Restoration of the gospel of Jesus Christ.

Foreshadowing in October 2019 that the April 2020 general conference would be “different from any previous conference,” President Russell M. Nelson said this year will be designated as a “bicentennial year” (“Closing Remarks,” Ensign or Liahona, Nov. 2019, 122).

Following Joseph Smith’s First Vision came a succession of visits from heavenly messengers, including “Moroni, John the Baptist, and the early Apostles Peter, James, and John. Others followed, including Moses, Elias, and Elijah. Each brought divine authority to bless God’s children on the earth once again,” President Nelson said.

President Nelson also emphasized the Book of Mormon, the revelations published in the Doctrine and Covenants and the Pearl of Great Price, and the restoration of the keys and offices of the priesthood.

Take a look at this time line of what happened between 1820 and 1830—in Church history as well as U.S. history—as the Restoration began to unfold.