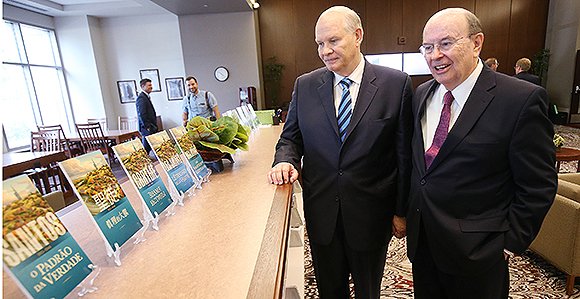 Elder Dale G. Renlund and Elder Quentin L. Cook, both of the Quorum of the Twelve Apostles, look over different language editions of Saints: The Story of the Church of Jesus Christ in the Latter Days in Salt Lake City on Tuesday, September 4, 2018. Photo by Jeffrey D. Allred, Deseret News. 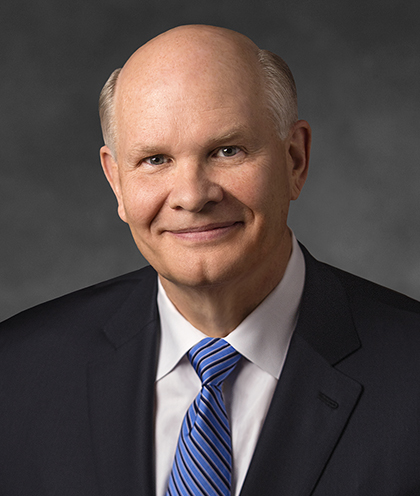 “As people read this volume, it will invite the Spirit and confirm to them the truth and the truthfulness of the restored gospel.” —Elder Dale G. Renlund of the Quorum of the Twelve Apostles

Church history is a bit like a tapestry. If a person were to move in close and pluck a single thread from the greater picture and examine it, it would probably look a bit weird, Elder Dale G. Renlund explained in an interview on Tuesday, September 4, following the release of the new Church history narrative Saints: The Story of the Church of Jesus Christ in the Latter Days.

The new series is like a tapestry detailing the Restoration of the Church, Elder Renlund explained, and “when looked at in a context that’s real and true, and when we understand that these were people doing something that was incredible, it will be faith-promoting.”

Elder Renlund and Elder Quentin L. Cook, both of the Quorum of the Twelve Apostles, spoke at a press conference held at the Church History Library in Salt Lake City to promote the release of the new Church history series.

In an interview following the press conference, Elder Cook shared his hope that Saints would provide members with a true and transparent history that will help build their faith. “So many things have been taken out of context and seen in a miniscule way,” Elder Cook said, “and this now allows a complete picture that we think will bless the lives of the rising generation and our generation, even those of us that are older.”

Available online at saints.ChurchofJesusChrist.org and in the Gospel Library app, the first volume of the four-volume history commissioned by the First Presidency is called The Standard of Truth. It is available in print in English (other languages will be made available in print throughout the year), online in 14 different languages, and as an audiobook in three languages. (See related story.)

As Elder Steven E. Snow, a General Authority Seventy and Church Historian and Recorder, detailed during the press conference, the Saints series marks the third time in modern Church history that an official history of the Church has been published. The first was done by Joseph Smith during the foundational period of the Church, while the second came at the Church’s centennial in 1930 and is known as the “comprehensive history of the Church.”

Since the 1930s, when the last history was released, the Church has grown from fewer than 1 million members to more than 16 million members spread throughout 140 nations across the globe.

Considering the vast growth of the Church in the last 90 years, “it’s time for a new history for the global Church,” Elder Snow said during the press conference.

By following records and accounts of missionaries from Canada, England, Jerusalem, and the Pacific, Saints allows readers to get a sense of the Church’s worldwide history from its foundations up to the present, explained Matthew J. Grow, director of publications for the Church History Department.

“We hope that readers get the sense of the global nature of the story from the first page,” he said.

In addition to the release of the first volume in the series, Grow announced at the press conference that the Church has also made 116 Church history topics available for use and referral in connection with Saints. All 116 of the topics are referred to in the footnotes of the series, he said, and the topics are also available in the same 14 languages online.

And for Elder Snow, accounts of individuals attached to historical fact are what really make the new series powerful.

“Saints draws on the power of narrative, but it is not fiction,” Elder Snow said. “It is a true story based on the records left behind by the early Saints and by others. Every detail and every line of dialogue is supported by historical references.”

As Elder Renlund explained during the press conference, the new series makes Church history accessible, accurate, and compelling for readers. “The history of The Church of Jesus Christ of Latter-day Saints is precious to both members of the Church and the Lord,” he said.

“While the history includes exciting rushes of revelation that affect the whole Church, some of the most interesting aspects are the individual stories of faithful members—people who have, in their own quiet way, gone about living relatively ordinary lives, yet developed Christlike attributes in facing adversity and selflessly serving others around them,” Elder Renlund said.

He continued, “Saints: The Standard of Truth has transported and inspired me as I read accounts of individuals who do and don’t figure prominently in Church history.” 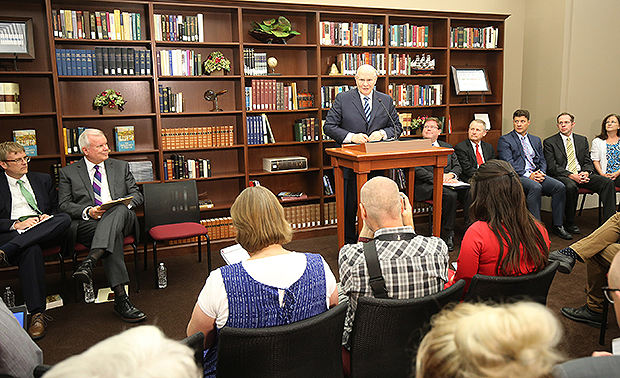 Elder Dale G. Renlund of the Quorum of the Twelve Apostles speaks during a press conference announcing Saints: The Story of the Church of Jesus Christ in the Latter Days in Salt Lake City on Tuesday, September 4, 2018.
Photo by Jeffrey D. Allred, Deseret News.

Scott Hales, one of six creative writers who worked with historians to compile and write Saints, said one of the greatest challenges about writing compelling histories is that “history doesn’t unfold in a nice, set story.” History is chaotic and messy, Hales explained, and for that reason, Saints is more of a representative history than a comprehensive one, since it would be impossible to include everything in Church history.

“There’s lots of really neat and diverse stories that we're telling that have not been told in Church history before,” Hales said. “And I think that's one of the coolest things about Saints.”

And as Grow explained in an interview following the press conference, one of the most exciting aspects about the way Saints is compiled is the number of individual stories throughout. There are so many and they are all so different that every reader is sure to find something they connect with in the narrative, he said.

So much of Church history is told just through the Joseph Smith era, Grow said, but here the Joseph Smith era is just one volume, and there are three others. “We’ve got three more to tell them how the Church becomes a global organization,” Grow said. “It’s a fantastic story, and it’s a story that we as Saints don’t know very well.”

Speaking of his personal experience in reading Saints, Elder Cook said, “To have a chance to read something like this, we’ve loved it. It has just been spectacular. And everybody that’s read it, no matter how much they’ve read, has found things they didn’t know.”

But as Elder Renlund added, it’s not just about learning new facts about the Church and its history; it’s also about the spiritual experience that comes from gaining further knowledge.

“As people read this volume, it will invite the Spirit and confirm to them the truth and the truthfulness of the restored gospel,” Elder Renlund said. 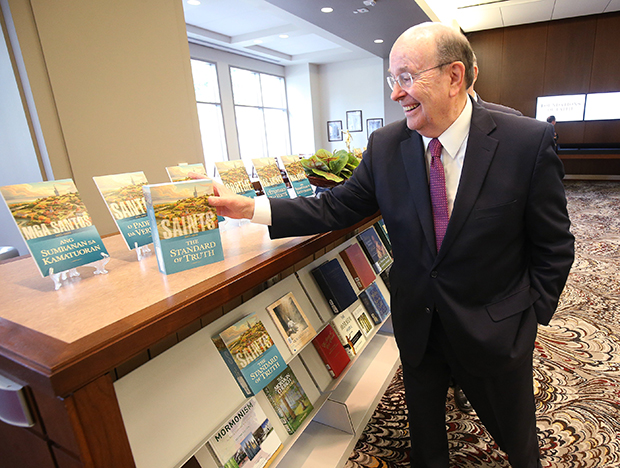 Elder Quentin L. Cook of the Quorum of the Twelve Apostles looks over Saints: The Story of the Church of Jesus Christ in the Latter Days in Salt Lake City on Tuesday, September 4, 2018. Photo by Jeffrey D. Allred, Deseret News. 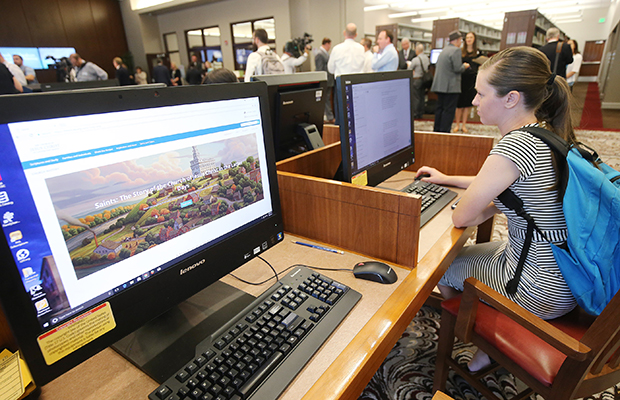 Various language editions for the history Saints: The Story of the Church of Jesus Christ in the Latter Days in Salt Lake City on Tuesday, September 4, 2018. Photo by Jeffrey D. Allred, Deseret News.