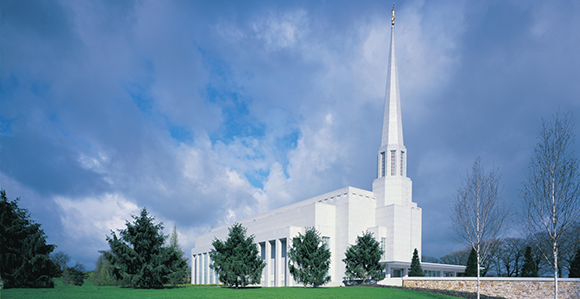 The Preston England Temple. Countless members worldwide have sacrificed much to attend the temple and receive ordinances of eternal value.

“Temples are more than stone and mortar. They are filled with faith and fasting. They are built of trials and testimonies. They are sanctified by sacrifice and service.” —President Thomas S. Monson

With the Church’s 150th temple to be dedicated on March 20 and many more temples announced or under construction, Church members around the world have greater access to holy temples than ever before. Members of the Church in locales around the globe have made great sacrifices—of both time and money—to attend the temple and participate in the important ordinances of eternity.

“Reports of sacrifices made in order to receive the blessings found only in temples of God never fail to touch my heart and bring to me a renewed sense of thankfulness for temples,” President Thomas S. Monson said.

In April 2011 during his general conference talk, President Monson shared accounts of faithful members of the Church who sacrificed much to attend the temple. Sharing the example of Church members living in what is now the Manaus Brazil Temple district, President Monson spoke of sacrifice and the blessings that come to Church members as they make the temple a priority.

“Many years ago I read of a group of over a hundred members who left Manaus, located in the heart of the Amazon rain forest, to travel to what was then the closest temple, located in São Paulo, Brazil—nearly 2,500 miles (4,000 km) from Manaus. Those faithful Saints journeyed by boat for four days on the Amazon River and its tributaries.

“After completing this journey by water, they boarded buses for another three days of travel—over bumpy roads, with very little to eat, and with nowhere comfortable to sleep. After seven days and nights, they arrived at the temple in São Paulo, where ordinances eternal in nature were performed.

“Of course their return journey was just as difficult. However, they had received the ordinances and blessings of the temple, and although their purses were empty, they themselves were filled with the spirit of the temple and with gratitude for the blessings they had received. Now, many years later, our members in Manaus are rejoicing as they watch their own temple take shape on the banks of the Rio Negro. Temples bring joy to our faithful members wherever they are built.” The Manaus Brazil Temple was dedicated June 10, 2012. 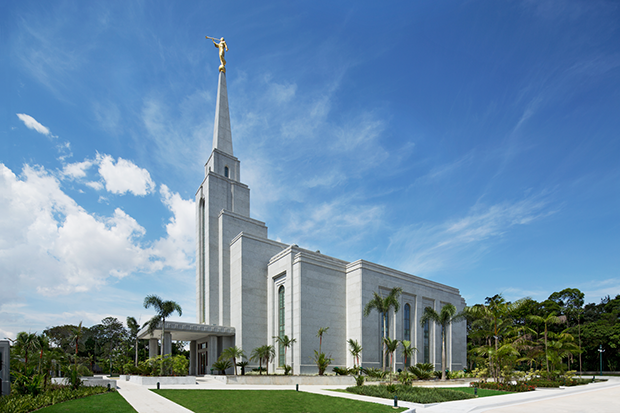 The Manaus Brazil Temple, which was dedicated June 10, 2012.

Stories of sacrifice can be found in any area a temple now stands. Church members have traveled far distances and gone without so that they could have temple blessings.

“My brothers and sisters, temples are more than stone and mortar,” President Monson said. “They are filled with faith and fasting. They are built of trials and testimonies. They are sanctified by sacrifice and service.”