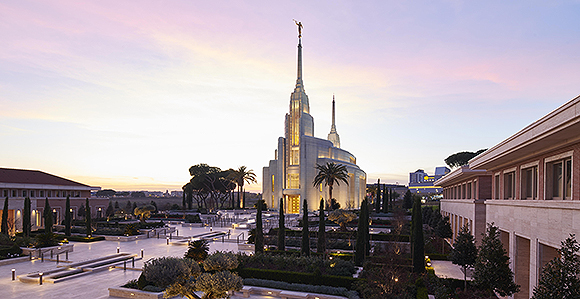 The Rome Italy Temple of The Church of Jesus Christ of Latter-day Saints closed Friday, March 6, 2020, to help prevent the continued spread of the coronavirus.

The Europe Area Presidency of the Church announced today that the Rome Italy Temple will close beginning Friday, March 6, in response to concerns about the spreading COVID-19. It will be the fifth temple closed by the Church in response to the coronavirus.

The Rome Italy Temple was previously scheduled to close beginning on March 21 for its annual maintenance and cleaning, but the Area Presidency stated their desire to move up the closure date to align with the Italian government’s directives to close universities, schools, and other places of large gatherings to help prevent the continued spread of the coronavirus.

In their statement, posted Wednesday on the Italian Newsroom website, the Area Presidency noted that the temple will still be available for a limited number of previously scheduled living ordinances to be performed in the next few weeks leading up to the originally planned closure.

A date for the reopening of the Rome temple will be announced at a later time, the Area Presidency stated.

Elder Alessandro Dini Ciacci, an Area Seventy in Italy, said Sunday Church meetings have been canceled for March 8 and March 15. Wards will have the option of broadcasting a short sacrament meeting or, where that is not possible, gathering in their homes to study the gospel.

“The words ‘home-centered and Church-supported’ have taken on new meaning and are proving to be a blessing as the absence of physical gatherings at Church buildings is balanced with spiritual instruction at home,” he said.

“The extra time families now have on hand as schools are closed for a few weeks offers our children and youth a great opportunity to work on their spiritual, intellectual, physical, and social goals and also to focus on preparing for general conference by studying the accounts of the First Vision, finding creative ways of sharing the gospel with others, and to follow President Nelson’s invitation to ‘Hear Him’ and to understand how we each individually hear Him.”

Members, missionaries, and citizens of Italy are “in good spirits,” Elder Dini Ciacci said, and “life goes on mostly as usual without too many disruptions.”

As mentioned in a recent Deseret News article, congregations in the state of Washington have also begun taking measures to prevent the spread of the disease by canceling Church worship services and activities. These cancellations also correspond with recent government requests to cancel or postpone nonessential large gatherings.

Worship services for members of the Church have now been canceled in 17 countries, including parts of the United States.

In Italy, some 3,858 people had been infected and 148 have died, according to a report by Euronews. The respiratory illness has caused 12 deaths within the U.S., and more than 98,000 cases have been reported worldwide. As it has in the past, the Church is taking necessary precautions to help protect its members and missionaries against the spread of the epidemic.

In an announcement from Church headquarters in Salt Lake City, Utah, just a week prior to the Europe Area Presidency’s statement, the Church explained that “concern regarding the COVID-19 (coronavirus) has generated much public attention and has caused significant change in travel, personal interactions and in guidelines prescribed by health officials for how to address the growing concern.”

The Church released updated information on March 6 in reference to missionaries leaving Korea. All missionaries who are not native to Korea will leave and return home before departing for new temporary assignments in their home countries.

Missionaries leaving Korea have already been in self-isolation and avoided contact with those outside their apartments.

Prospective missionaries preparing to serve in Korea or who come from Korea will either postpone their start date or receive a temporary assignment.

South Korea reported an additional 505 cases of COVID-19 virus on Friday, according to an AP report.

Based on recommendation of the Centers for Disease Control and Prevention (CDC), the Church has suspended all of its business and missionary travel to and from China, Hong Kong, Iran, Italy, Japan, and South Korea.

Church employees are also encouraged to avoid all other nonessential travel, according to an update on Newsroom. 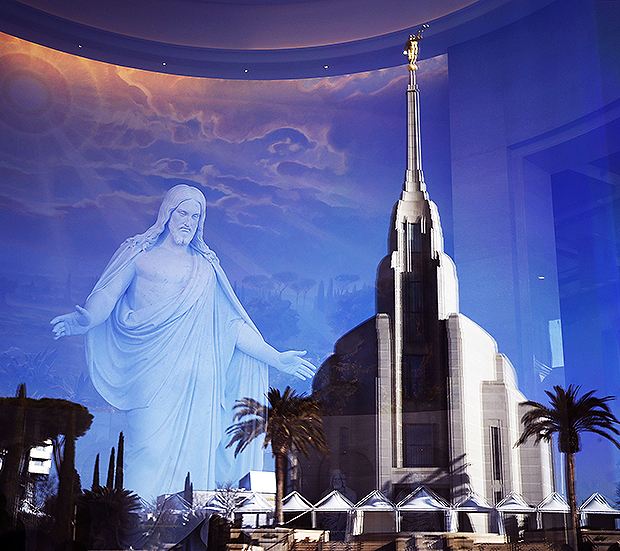 The Rome Italy Temple is reflected in the window of the Rome Temple Visitors' Center of The Church of Jesus Christ of Latter-day Saints on Monday, January 14, 2019. Photo by Ravell Call. 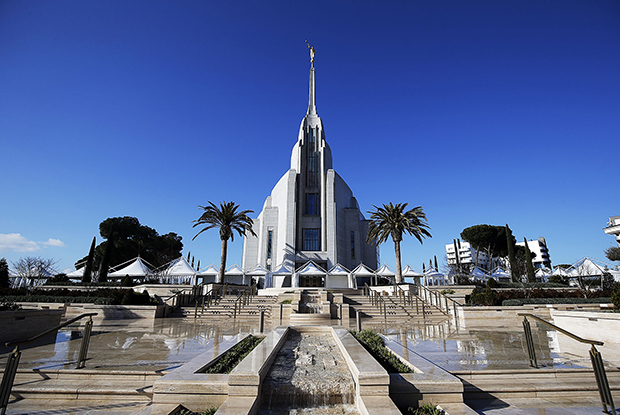 The Rome Italy Temple of The Church of Jesus Christ of Latter-day Saints is pictured on Monday, January 14, 2019.
Photo by Ravell Call, Deseret News.