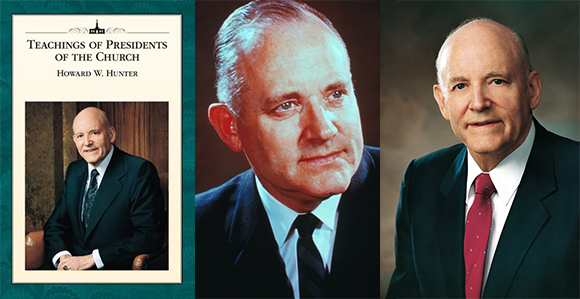 President Howard W. Hunter is the latest President of the Church whose teachings will be studied in the Teachings of Presidents of the Church series in Relief Society and priesthood quorums and groups in 2016.

“I would invite all members of the Church to live with ever more attention to the life and example of the Lord Jesus Christ, especially the love and hope and compassion He displayed.” —President Howard W. Hunter (1907–1995)

His nine-month presidency was the briefest of any Church President in this gospel dispensation, and he was already in frail health when he was set apart to that office on June 5, 1994, yet President Howard W. Hunter (1907-1995) during that short period made a lasting impact on the lives and memories of the Latter-day Saints, urging them to make the holy temple “the great symbol of their membership” in the Church of Jesus Christ.

President Hunter’s teachings are the basis of the 14th and latest manual and course of study in the Teachings of Presidents of the Church series in Relief Society and Melchizedek Priesthood quorum and group meetings.

Having served in the Quorum of the Twelve Apostles since October 15, 1959, during which time he was the Church Historian, he also presided over the Church’s Genealogical Society and the Polynesian Cultural Center in Laie, Hawaii.

Though the period of his presidency was relatively brief, President Hunter did serve as President of the Quorum of the Twelve for a six-year period, from June 1988 to June 1994. During this time, he dedicated the Brigham Young University Jerusalem Center for Near Eastern Studies, situated on the Mount of Olives in Jerusalem. This followed tireless efforts by President Hunter on behalf of the Church to search for and negotiate a site for the facility, which would house the university’s semester-abroad program and the Jerusalem Branch and District of the Church. It took nearly three years of negotiation and lengthy reviews before approval for a lease was granted by the Israeli government and the facility was dedicated on May 16, 1989.

Elder Hunter was also instrumental in the development of the Orson Hyde Memorial Gardens in Jerusalem, which project he oversaw with Elder LeGrand Richards of the Quorum of the Twelve Apostles and which was dedicated on October 24, 1979, by President Spencer W. Kimball. 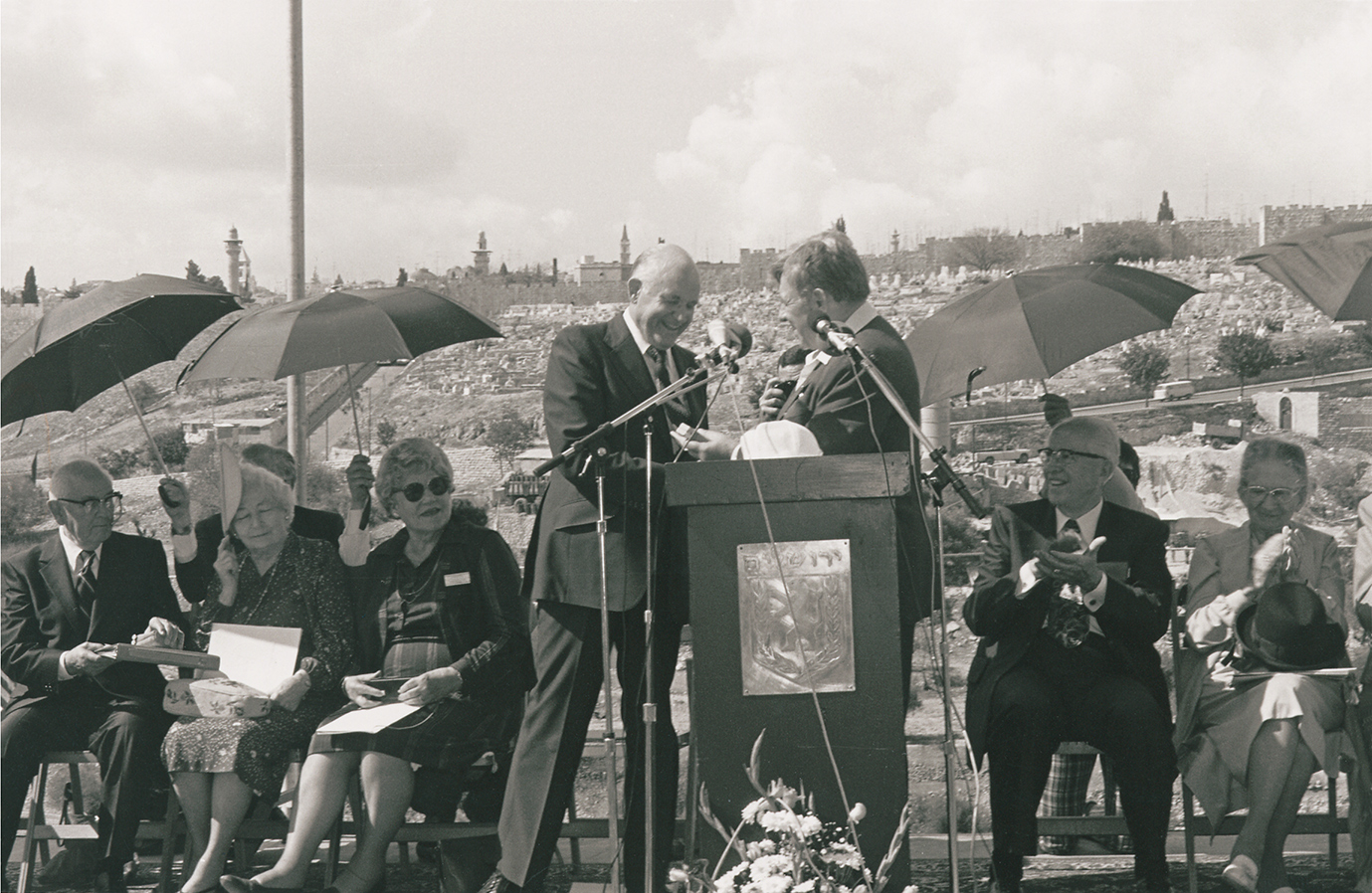 It was while he was President of the Quorum that President Hunter experienced a bizarre and harrowing incident during which he demonstrated calm bravery. While speaking in the Marriott Center at BYU for a 19-stake fireside that was televised via satellite throughout North America, a man rushed out of the audience carrying a briefcase and a black object that he declared to be a bomb and a detonator.

The man demanded President Hunter read a prepared statement from the pulpit, but President Hunter calmly and firmly refused to do so. After about 10 minutes, the man was subdued by security guards and members of the audience. The briefcase turned out not to contain a bomb. The intruder claimed to have received a vision telling him he was to become the President of the Church.

After resting a few minutes, President Hunter resumed giving his prepared talk. He said, “Life has a fair number of challenges in it,” than added extemporaneously, “as demonstrated.”

Also while serving as President of the Quorum of the Twelve, President Hunter married Sister Inis Bernice Egan Stanton on April 12, 1990, having lost his beloved wife of 52 years, Sister Clara May (Claire) Jeffs Hunter, in October 1983 after her illness of more than 10 years.

Upon being set apart as President of the Church, President Hunter issued two invitations to the Latter-day Saints.

“First of all, I would invite all members of the Church to live with ever more attention to the life and example of the Lord Jesus Christ, especially the love and hope and compassion He displayed. I pray that we might treat each other with more kindness, more courtesy, more humility and patience and forgiveness,” he said.

“I also invite the members of the Church to establish the temple of the Lord as the great symbol of their membership and the supernal setting for their most sacred covenants. It would be the deepest desire of my heart to have every member of the Church be temple worthy. I would hope that every adult member would be worthy of—and carry—a current temple recommend, even if proximity to a temple does not allow immediate or frequent use of it.

“Let us be a temple-attending and a temple-loving people. Let us hasten to the temple as frequently as time and means and personal circumstances allow. Let us go not only for our kindred dead, but let us also go for the personal blessing of temple worship, for the sanctity and safety which is provided within those hallowed and consecrated walls. The temple is a place of beauty, it is a place of revelation, it is a place of peace. It is the house of the Lord. It is holy unto the Lord. It should be holy unto us.”

Those invitations would be quoted again and again throughout his presidency and would influence untold numbers of people to become or remain worthy for continued worship in the house of the Lord.

On the Church History website, history.ChurchofJesusChrist.org, is an online exhibit of photos and text covering the life and ministry of Howard W. Hunter. In the exhibit are included his boyhood and young adulthood in Boise, Idaho, where he played the saxophone in a dance band he led called Hunter’s Croonaders, which performed at area dances and on a cruise ship. He later would put away his instrument for good, realizing that a music career would take time away from family and Church service.

The exhibit covers his adventures in Southern California, where he met his wife-to-be, Claire Jeffs, where they would live and raise their family for 30 years, and where he would receive his education and establish a successful law practice.

It covers various aspects of his ministry and his teachings.

The photos in this article are among those included in the online exhibit and are provided with the courtesy of the Church History Library. 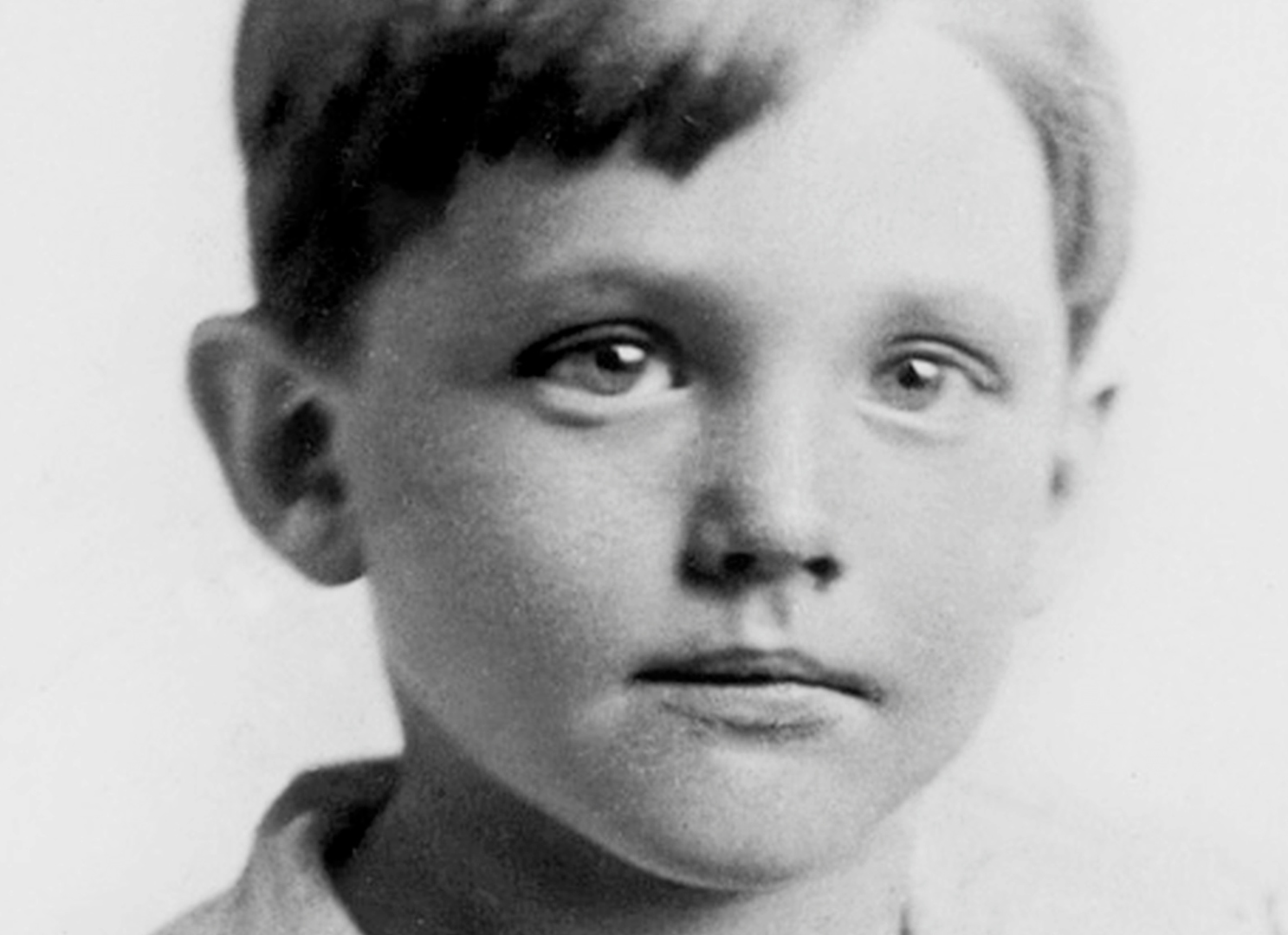 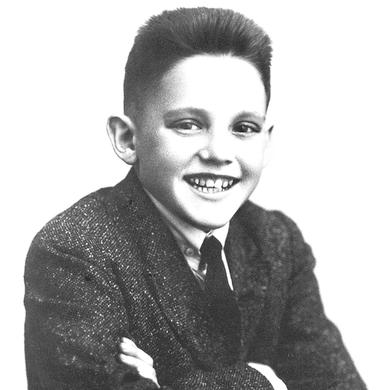 When Howard W. Hunter was 12, he and his sister Dorothy persuaded their father to let them be baptized. He soon became a deacon and took the responsibility to warm the chapel on cold Sunday mornings. Courtesy Church History Library. 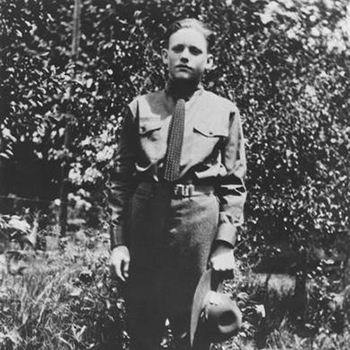 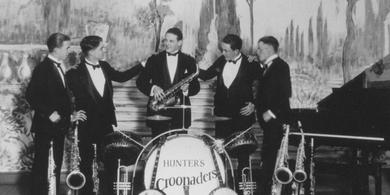 In young adulthood, Howard W. Hunter led a dance band; he's in the center with the saxophone. They played on a cruise ship. Courtesy Church History Library. 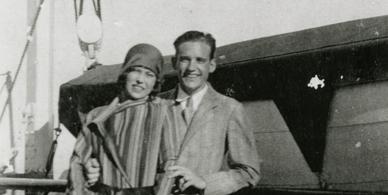 Howard W. Hunter met Claire Jeffs as a young adult in Southern California. They were married and raised a family there before his call to service in the Quorum of the Twelve Apostles. Courtesy Church History Library. 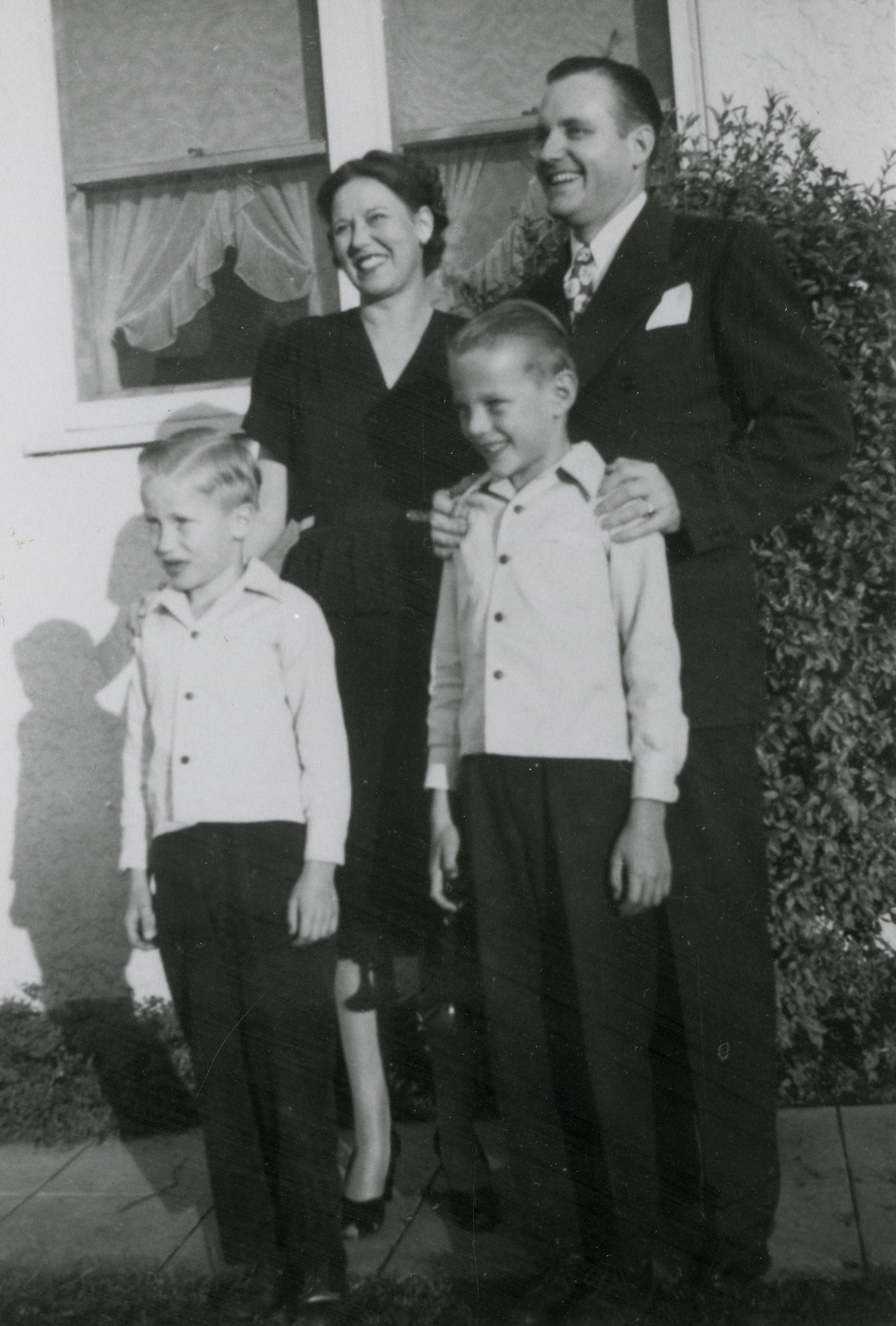 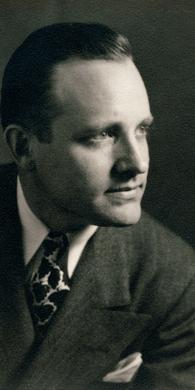 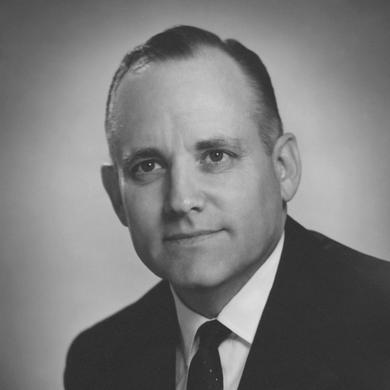 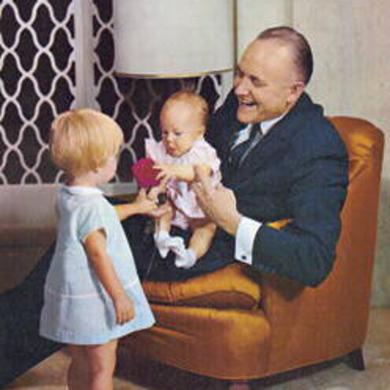 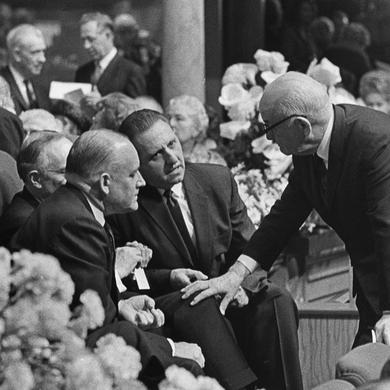 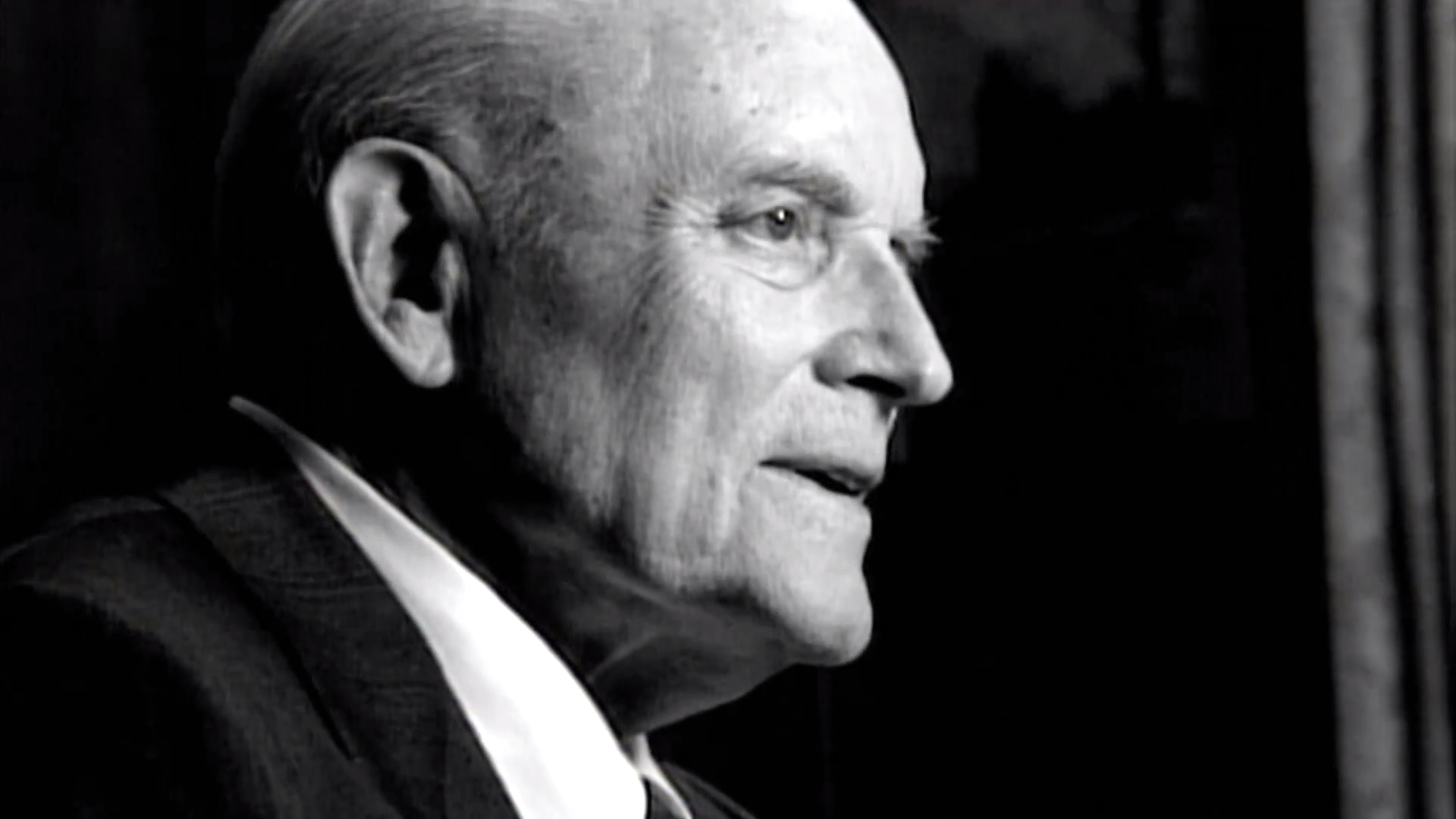 During his time as President of the Church, President Howard W. Hunter emphasized commitment to the Savior's teachings and temple worthiness. Courtesy Church History Library.