In this video, the Relief Society General Presidency says thank you for the $550,000 “Light the World” vending machine donations that blessed thousands of lives.      Download: Small, Medium, Large

“The results were more than we ever imagined. The difference that you made is tremendous to every one of these recipients.” —Sister Jean B. Bingham, Relief Society General President

The Relief Society General Presidency has released a video to thank contributors for the charity vending machine donations made on Temple Square during the Light the World campaign this past Christmas season.

Shared August 2 on Sister Jean B. Bingham’s Facebook page, the video features the three members of the Relief Society General Presidency sharing how the donations have blessed others.

“You are truly a light to the world,” Sister Bingham wrote in a Facebook post accompanying the video created by LDS Charities. “Last Christmas we showed you a vending machine the Church put in Salt Lake City where you could buy a gift for someone else in need. From goats to eyeglasses, your donations of over $550,000 had a tremendous impact on thousands of people. We created this short video to give you an update on how others have been blessed by your goodness. Thank you for inspiring us with your generosity.”

The four red charity vending machines Sister Bingham refers to were stocked with items that represented a specific donation and were placed in the Joseph Smith Memorial Building on Temple Square.

After people selected and paid for their donated item, the machine vended the item into a bin at the bottom. These donations, and the money used to purchase them, were then distributed to charity partners like CARE.org, the Utah Food Bank, Eye Care 4 Kids, WaterAid, and Water for People.

The opportunity offered an instant, easy act of service. And by the end of the holidays, there were 23,000 total donations, Sister Bingham reports in the video. “The results were more than we ever imagined,” she says. “The difference that you made is tremendous to every one of these recipients.”

From those donations, for example:

Preparations are underway to expand the Light the World vending machines to a few U.S. and international locations. 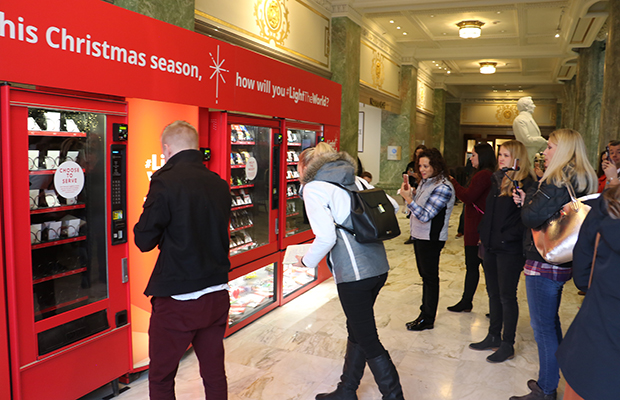 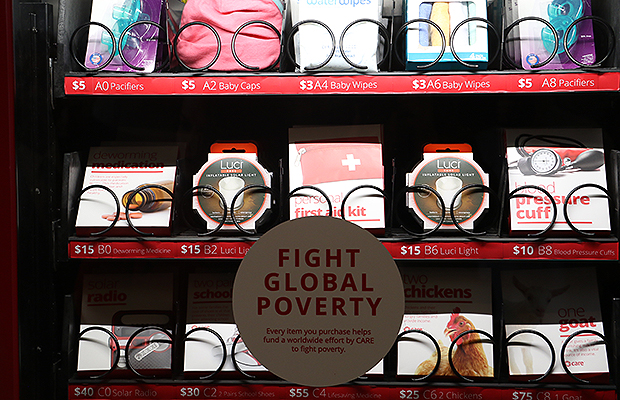 One Light the World vending machine offered an opportunity to fight global poverty by purchasing items like medicine, infant supplies, and even a goat or a chicken to donate to the CARE organization. Photo by R. Scott Lloyd, Deseret News. 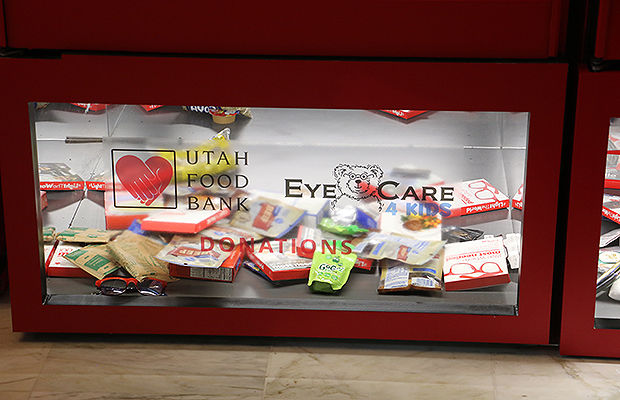 The Utah Food Bank and Eye Care 4 Kids were among organizations that received donations through vending machines that were part of the Light the World campaign this past Christmas. Photo by R. Scott Lloyd, Deseret News. 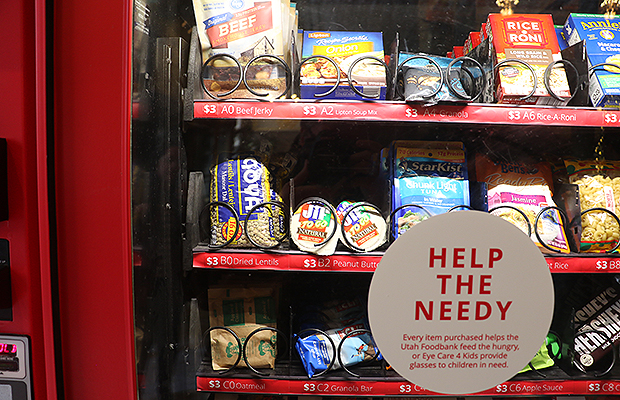 One vending machine offered assorted items people could purchase as a donation for the Utah Food Bank to help the needy. Photo by R. Scott Lloyd, Deseret News.