President Nelson Invites All Worldwide to Fast for “Physical, Spiritual Healing” in Response to COVID-19 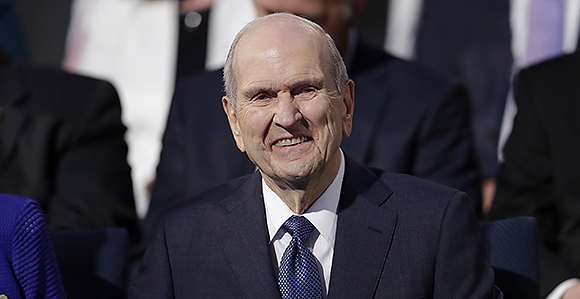 President Russell M. Nelson at a BYU campus devotional in the Marriott Center on Tuesday, September 17, 2019. President Nelson has invited members of The Church of Jesus Christ of Latter-day Saints and others to participate in a worldwide fast on Sunday, March 29. Photo by Jaren Wilkey, BYU Photo.

President Russell M. Nelson invited members of The Church of Jesus Christ of Latter-day Saints and others to participate in a worldwide fast on Sunday, March 29, to plead with the Lord for “physical and spiritual healing” in response to the COVID-19 pandemic.

“As a physician and surgeon, I have great admiration for medical professionals, scientists, and all who are working around the clock to curb the spread of COVID-19,” said President Nelson in a video posted on social media on March 26. “I am also a man of faith, and I know that during these challenging times, we can be strengthened and lifted as we call upon God and His Son, Jesus Christ—the Master Healer.

“I invite you to join with me in a worldwide fast—for all whose health permits—to pray for relief from the physical, emotional, and economic effects of this global pandemic. I invite members of The Church of Jesus Christ of Latter-day Saints everywhere, along with our many friends, to fast and pray this Sunday, March  29. Let us unite our faith to plead for physical, spiritual, and other healing throughout the entire world.

“The Lord understands the feelings you are experiencing. He loves and cares for you, as I do too.”

A President of the Church of Jesus Christ calling for a worldwide fast is rare.

The fast raised $6 million. Latter-day Saints participated in a second fast in November 1985 that raised another $5 million for hunger relief.

Three decades later, President Gordon B. Hinckley called on Church members across the globe in January 2005 to fast for victims of a tsunami that struck Southeast Asia on December 26, 2004. Triggered by a 9.0 magnitude earthquake, the disaster killed more than 220,000 people in a dozen nations, including Sri Lanka, Indonesia, Thailand, and India.

The fast fueled emergency response and long-term assistance in the disaster zone.

Since December 2019, COVID-19 has spread to nearly every continent, with more than half a million confirmed cases leading to 22,000 deaths. The disease has affected the global economy and halted travel in and out of numerous countries.

“These unique challenges will pass in due time,” wrote President Nelson in an earlier message, posted March 14 on social media. “I remain optimistic for the future. I know the great and marvelous blessings that God has in store for those who love Him and serve Him. I see evidence of His hand in this holy work in so many ways.”

President Nelson continued, “So, during these uncertain times, be comforted by this promise from the Savior. He said, ‘I the Lord am bound when ye do what I say.’ I promise you that joy is always within the reach of everyone who will hear Him and obey His laws.”

A man walking through tsunami rubble in Indonesia lost his entire family, including his wife, children, and grandchildren. His pain, said a member of the Latter-day Saint assessment team, is “something you see, you feel and you never forget.” Photo by Rich McKenna, Welfare Services. 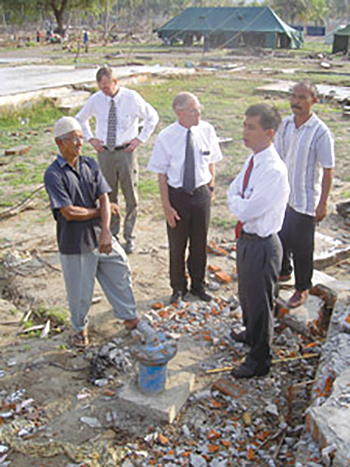 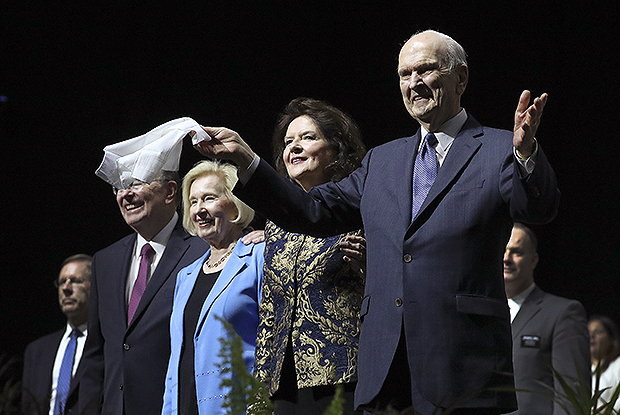 President Russell M. Nelson of The Church of Jesus Christ of Latter-day Saints and his wife, Sister Wendy Nelson, with Elder Quentin L. Cook of the Quorum of the Twelve Apostles and his wife, Sister Mary Cook, wave to attendees after a devotional in Buenos Aires, Argentina, on Wednesday, August 28, 2019. Photo by Jeffrey D. Allred, Deseret News. 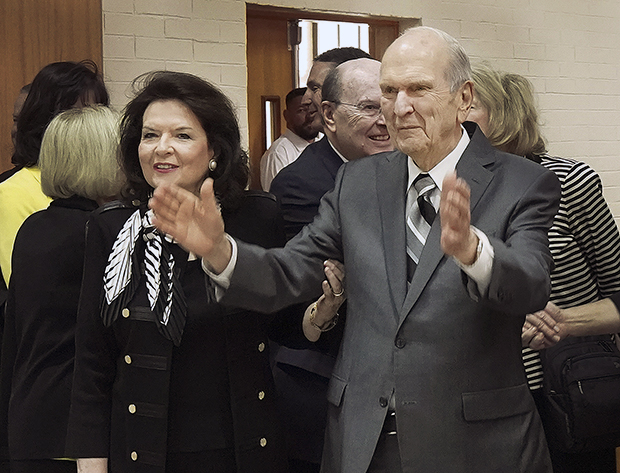