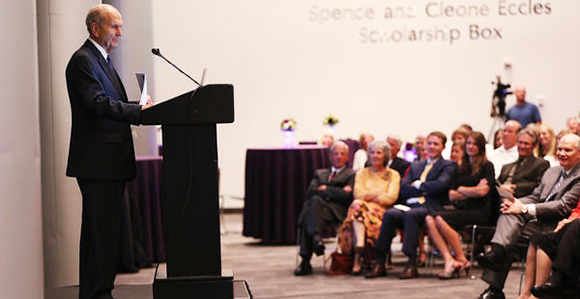 For most Utahns, President Russell M. Nelson is synonymous with his ecclesiastical ministry.

For more than three decades, he has served in the Quorum of the Twelve Apostles of The Church of Jesus Christ of Latter-day Saints. He was recently set apart, at the age of 90, as the quorum’s President.

But long before he answered to President Nelson or even Elder Nelson, he was Dr. Nelson and Professor Nelson. A distinguished heart surgeon, teacher, and researcher, he made Utah medical history almost 60 years ago when he performed the state’s first successful cardiac surgery.

That historic operation—along with President Nelson’s far-reaching contributions to the field of medicine and beyond—was honored Thursday at the University of Utah.

To commemorate his diverse and lasting work, the American College of Cardiology and the University of Utah School of Medicine announced the establishment of the Russell M. Nelson M.D., Ph.D. Visiting Professorship in Cardiothoracic Surgery.

“The first patient to undergo such open heart surgery in Utah was Mrs. Vernell Worthen, 39, from Price, Utah. She did not appear to be anxious or frightened, and she showed great confidence in her young surgeon.

“On November 9, 1955, Dr. Nelson operated on her to close an atrial septal defect. All went well. She recovered without complication, and the Deseret News featured her in an article 25 years later titled ‘Utahn’s Life Gets Bonus from Heart Surgery: 25 Extra Years to Love, Learn, Live.’”

Dr. Craig Selzman, the university’s division chief of cardiothoracic surgery, noted in his opening remarks that President Nelson was “our pioneer” of heart surgery. “Utah was the third state in the country to do open heart surgery,” he said. “I don’t think many appreciate how much in the forefront Utah was.” 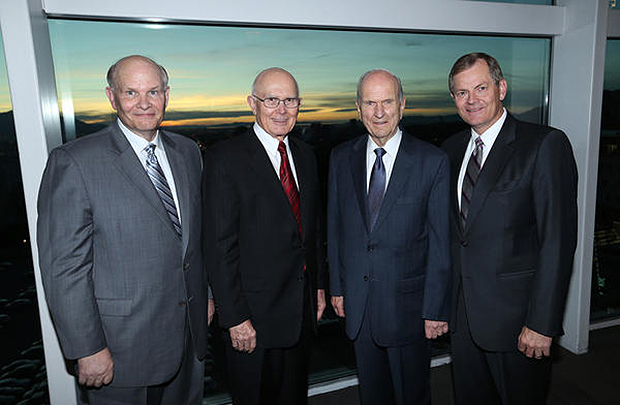 When Dr. Lyle D. Joyce was a resident at the university he honed his surgical skills under President Nelson’s watchful eyes. On Thursday, he spoke of his mentor’s calm and collected disposition in the operating room, adding, “He is truly a complete heart surgeon.”

He noted that he was influenced outside the operating room by President Nelson’s devotion to his family and church.

In his keynote address, President Nelson called the human heart “a gorgeous organ.” In a presentation the included several historical photos, he shared his history as a surgeon, researcher, and inventor of medical equipment that would prove pivotal in his surgical work.

Counted among his many patients was the man who would call him to the Quorum of the Twelve Apostles, President Spencer W. Kimball.

He closed by saying he was grateful he could contribute to the work of cardiac surgery. He also spoke of his appreciation for the apostolic assignment he has performed for more than 30 years.

“The rewards [of Church service] are out of this world,” he said.

A medallion commemorating the 60th anniversary of Utah’s first open heart surgery, along with the new professorship named for Dr. Nelson, was presented to President Nelson and the other heart surgeons at Thursday’s event. 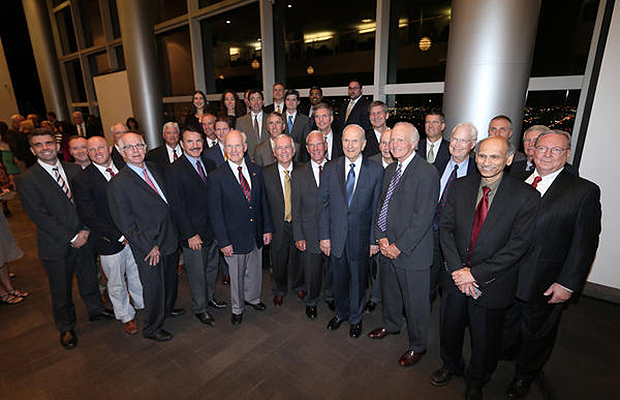 President Russell M. Nelson poses with past and present doctors while being honored in Salt Lake City Thursday, October 8, 2015, for performing the first successful cardiac surgery 60 years ago. 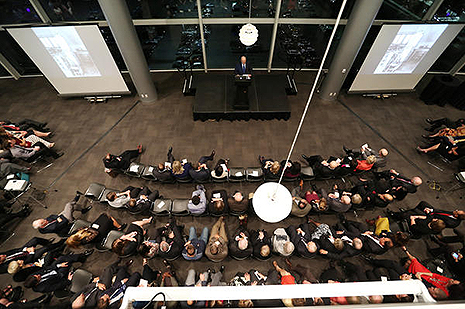