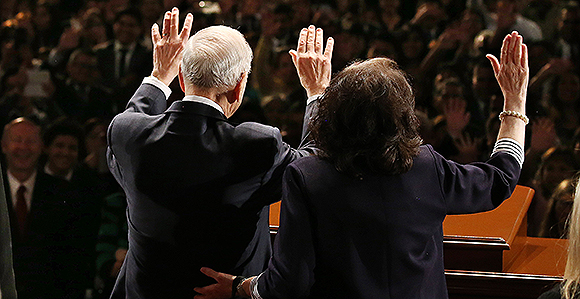 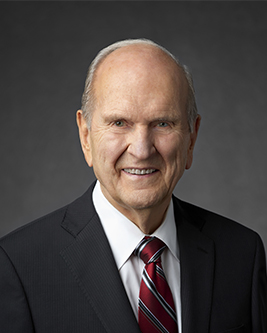 “I need to be where the people are. We need to bring them the message of the Savior.” —President Russell M. Nelson

Traveling with his wife, Sister Wendy Nelson, and Elder Quentin L. Cook of the Quorum of the Twelve Apostles and his wife, Sister Mary Cook, President Nelson will visit Guatemala, Colombia, Ecuador, Argentina, and Brazil.

Since becoming President of the Church, President Nelson has visited 23 nations and territories and 37 cities, flying 83,000 miles on 6 continents.

There are more than 2.6 million Latter-day Saints, 13 temples, and 65 missions in the countries the prophet will visit. President Nelson and Elder Cook are scheduled to meet with government and religious leaders and address members and missionaries during the trip.

Speaking to reporters at the beginning of his first ministry tour in London, England, in April 2018, President Nelson explained his desire to travel internationally.

“The Lord’s message is for everyone,” he said. “This is a global work. Whenever I’m comfortably situated in my home, I’m in the wrong place. I need to be where the people are. We need to bring them the message of the Savior.”

Following is a list of locations President Nelson will visit on his upcoming tour throughout Latin America.

There are more than 205,000 Latter-day Saints in 246 congregations in Colombia. The country has five missions and two temples: the Bogotá Colombia Temple and the Barranquilla Colombia Temple.

There are nearly 249,000 Latter-day Saints in Ecuador. The first missionaries in Ecuador arrived in 1965. There are now five missions and one temple in the country.

There are nearly 460,800 Latter-day Saints in more than 750 congregations in Argentina. There are 14 missions and two temples in the country.

There are about 1.4 million Latter-day Saints in 273 stakes throughout Brazil. The country has 35 missions and approximately 5,300 missionaries serving throughout. The country’s seventh temple, the Fortaleza Brazil Temple, was dedicated June 2, 2019. 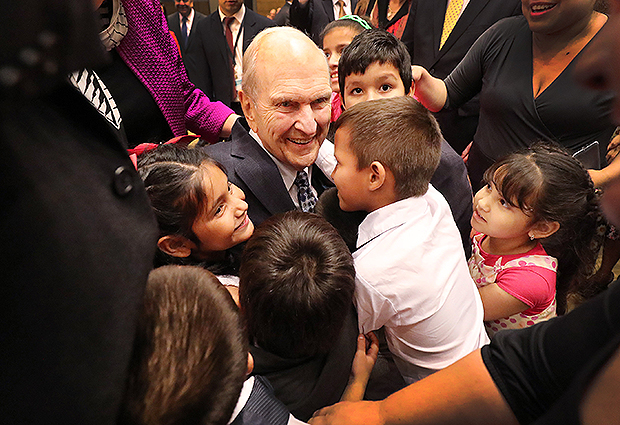