President Monson Has Traveled the World 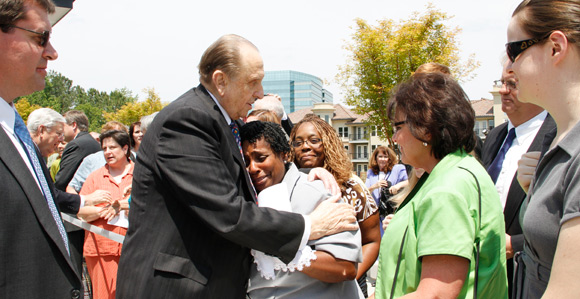 President Thomas S. Monson hugs Vivian Frost on Sunday, May 1, 2011, after he rededicated the Atlanta Georgia Temple, which was constructed and originally dedicated in 1983. Photo by Gerry Avant.

Since becoming the Church’s 16th President on February 3, 2008, President Thomas S. Monson has traveled to many places in the world, addressing members, meeting with government leaders, and dedicating temples.

Following is a list of his major travels during the past five years.

The list does not include travel associated with administrative meetings or other Church business or for family responsibilities.