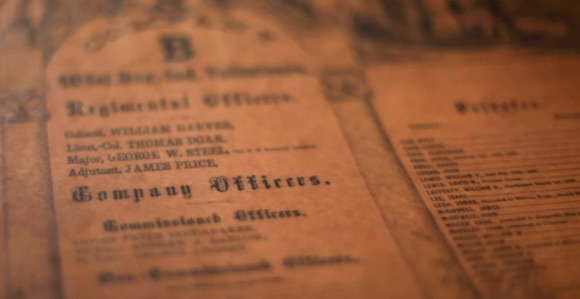 Registries include records that are being digitally preserved by Church members who are records preservation volunteers. More volunteers are needed for an expansion in the effort.

“I can testify that the hand of the Lord is definitely involved with us daily.” —Elder Thomas McVey, FamilySearch records preservation missionary

Back in 1938, the Church began pioneering the use of microfilm in the preservation and research of genealogy. Now, in the computer age, it has taken on the task of digitizing the world’s records, and it is employing the services of senior volunteer couples to help accomplish that gargantuan task.

On any given day, the Church’s family history organization, FamilySearch, has 200 digital preservation teams in 45 countries capturing digital photographs of rarely accessed historical records and then publishing them online for free access at the website Familysearch.org, said Paul Nauta, marketing communications manager for FamilySearch.

“About 80 of the 200 camera preservation teams are volunteers,” Brother Nauta said.

It’s a sizable labor force, but it’s not large enough, and many more such couples are needed.

“FamilySearch plans to significantly expand its digital preservation efforts starting this year,” Brother Nauta said. It hopes to increase the number of volunteer couples from 80 to 200 and to add even more in the two years after that.

Underlying the need, Brother Nauta said, is that the microfilmed records stored in the Church’s famous Granite Mountain Records Vault in Little Cottonwood Canyon east of Sandy, Utah, are rapidly being converted to digital images. The entire task is expected to be accomplished in the next three to four years.

“We’re now producing, online, about 400 million digital images a year,” Brother Nauta said. “The bulk of that, about 250 to 300 million images, is coming from vault conversion. The rest is coming from the capturing of new content in the field.”

As the conversion of vault content winds down, FamilySearch hopes to sustain the output of 400 million images yearly. “That’s where this new opportunity for senior couples comes in,” he said. “We need volunteers to go out and help us now as we continue to gather new records that have been made available to us by changes in privacy laws and by new contracts and relationships. Archives are opening up that we haven’t had access to before.”

FamilySearch’s records preservation teams produced approximately 80 million historic images of records last year. This year, it is expected they will produce about 100 million.

“Records preservation missionaries can serve for one to two years,” Brother Nauta noted. “They can serve locally or internationally and choose where they want to serve.”

The couples are trained to use special digital camera equipment provided by FamilySearch to photograph historical records of genealogical value, he said, a process that amounts to the first step in family history and temple work by making historic records available to those seeking their ancestors.

“The records captured digitally are published online for free at FamilySearch.org, where Church members can more readily find their ancestors and complete their saving ordinances in temples,” he explained.

The experience allows the couples serving in this effort to be part of history—very often ancient history. “They will handle priceless historical documents—in some cases older than the U.S. Declaration of Independence,” Brother Nauta said. “In essence, they are helping preserve the literal heritage of a nation and the world for future generations. The records preserved document the lives of real people who lived before us and leave a lasting legacy to bless lives for generations to come.”

Moreover, he added, they set an example to their families and grandchildren in preparing for and serving missions. And they help further the work of God’s kingdom in the latter days as articulated by the Prophet Joseph Smith, who wrote, “These are principles in relation to the dead and the living that cannot be lightly passed over, as pertaining to our salvation. For their salvation is necessary and essential to our salvation, as Paul says concerning the fathers—that they without us cannot be made perfect—neither can we without our dead be made perfect” (D&C 128:15).

Couples interested in serving in the records preservation effort can learn more about it by going to the website https://familysearch.org/serveandpreserve. There they may watch an explanatory video titled “A Day in the Life of a FamilySearch Records Preservation Missionary.”

Asked by the Church News for their comments and insights, several couples serving in the records preservation effort responded. Here are brief profiles of them:

“Records preservation is one of the best missions you could go on,” declared Elder Heineken. “It is the first step of temple work; filming all these documents enables individuals to do research easier for their ancestors.”

The Heinekens, members of the North Pole Ward, Fairbanks Alaska Stake, served in Tacoma, Washington, before their release in April 2011. They are featured in the online video mentioned above.

“It is amazing how many records are out there to be filmed,” Elder Heineken said. “The feeling of accomplishment that I received knowing that I may have been the reason for individuals on the other side of the veil having their work accomplished makes me feel overjoyed.”

Sister Heineken said the hardest part of the experience was getting the paperwork ready to submit prior to their call. “Once you’re on your mission, things are pretty amazing. I was an emergency nurse for 30 years, a pretty stressful job, so serving a records preservation mission was relaxing and fun.

In addition to preserving records, they were also involved in providing service in the local ward. The service in the ward included visiting less-active ward members and cooperating with proselyting missionaries in bringing individuals or families to Church meetings and taking them home.

“My wife being a registered nurse, we were often asked by the mission office in Tacoma to go over and check on a sick missionary,” Elder Heineken said. “This was one of the most fulfilling times of my life.”

They had spiritual experiences in records preservation as well. Sister Heineken told of taking pictures of pioneer records and feeling that she had missed a birth certificate. “After the thought came to me the third time, I stopped and reviewed the packet I was working on, and sure enough, I found the birth certificate that I had missed.”

She said she and her husband took over a million images of documents “that others now can read, index, research, and enjoy. I enjoyed reading the stories of the wonderful people of the past.”

The Paces have been in Jefferson County, Ohio, for just over a year.

“The majority of our time, of course, is spent off by ourselves with the actual imaging of the individual documents, but we also have the fun experience of rubbing shoulders with the local people,” Elder Pace said.

“As we handle these old documents and see their deteriorating condition, we can certainly gain appreciation for the importance of this work of preservation of the records,” he said. “Going through them also gives one a little bit of a feel and appreciation for the people, their lives back 150–200 years ago, and the challenges they faced.”

Elder Pace said some members of the local genealogical society had some misgivings at first with the thought of “these Mormons” working with the records. “But we have seen those feelings change to understanding and appreciation both for us individually and for the Church in general.”

Elder Pace, for example, was invited to read the Christmas story from Luke 2 as part of the program following the society’s Christmas luncheon in December.

Sister Pace agreed with her husband that the society members were apprehensive at first. “Now they give us hugs when the see us,” she said. “They share with us pictures of grandchildren and share with pride the things their children are doing.”

The Paces, who are from the American Fork 19th Ward, American Fork Utah Stake, both indicated they have great joy in being able to spend 24 hours a day with each other. He said he is amazed at how his love and appreciation for his companion of 48 years has grown, and she said, “I value even to a greater extent his love, his kindness, and his many strengths.”

The McVeys, from the Northridge Ward, Denver Colorado Highlands Ranch Stake, work with six other missionaries, including two single sisters, in digitizing probate records at Archives New Zealand. They work with another couple in the Wellington office.

“Preparation consists of flattening the individual papers out between large blotter paper and letting them lie flat under pressure for three to five days awaiting digitization,” Elder McVey said. “Here in Wellington, we’ve created some techniques that allow us to capture images at a rate of between 5,000 and 6,000 per day or about seven images per minute all day long per camera, or combined 14 images per minute. We fly!”

Elder McVey said typical experiences include “feeling the Spirit direct our efforts to be as accurate as we possibly can and not miss anything. I can testify that the hand of the Lord is definitely involved with us daily.”

On one occasion, they were capturing images from the death records of World War II soldiers. One read, “killed in prisoner of war camp.” Through Internet research, they learned the man had participated in the “Great Escape” from Stalag Luft 3.

In addition to the 30 hours a week the McVeys put in at the archives, they also sponsor a young single adult family home evening for 15 to 30 Church members and teach the Gospel Doctrine lesson each week for the young single adults in the Wellington Ward.

The Burgis, from the Aspen 2nd Ward, Orem Utah Aspen Stake, are serving their second records preservation mission. The first was at the University of Lausanne Archives in Switzerland. There they were involved mainly in document preparation. That entailed making sure every page of every book had a separate page number.

“We corrected hundreds of errors per book,” Elder Burgi said. “We were often pleased with very nice hand drawings and other times with items inserted in the books, realizing that they were placed there sometimes 600-plus years earlier.”

“Our very favorite part of our mission was the experience in attending and loving our little Fribourg Branch of the Church,” Elder Burgi said. “I was called as the branch mission leader and attended branch council and the branch executive committee meetings. We got very involved with the members.”

The couple is now starting their second mission, this time digitizing census records from the Fribourg Canton Archives.

Sister Burgi has long loved family history and has been so blessed by the Church’s digitization of records in her own research that she hoped and prayed she and her husband could serve as records preservation missionaries.

“When people asked us what we did for our first mission, I told them, ‘We wrote numbers—seven hours a day.’ It was tedious and required complete concentration, but it had to be done so the books could be photographed. Many times we prayed that the Lord would strengthen our arms and hands to be able to do the work—and He did.”

She added, “If there is any couple considering a records preservation mission, I would say, ‘Do it!’ ”