Many victims of bullying suffer in silence, says Sister Bonnie L. Oscarson. Parents can help their children by keeping a close eye on their social media and texting activity, she says, advising that parents stay involved in all aspects of their children’s lives and let them know they are never alone.

A youth video recently released by the Church has gone viral—attracting more than 640,000 online hits and prompting a wide range of viewer comments within a month.

The 10-minute video “Bullying—Stop It” offers a glimpse into the fictional lives of a few high school and junior high students. Some are bullies. Others are their victims. And, as one character learns, the line between the bullies and the bullied can sometimes become a bit blurry.

The shepherding words of President Dieter F. Uchtdorf, Second Counselor in the First Presidency, are heard at the beginning and end of the video, found at youth.ChurchofJesusChrist.org. His counsel is both simple and direct.

“This topic of judging others could actually be taught in a two-word sermon,” said President Uchtdorf. “When it comes to hating, gossiping, ignoring, ridiculing, holding grudges, or wanting to cause harm, please apply the following: Stop it!” (“The Merciful Obtain Mercy,” April 2012 general conference).

The bullying video resonates with so many “because everyone has had personal experience with being bullied,” said Sister Bonnie L. Oscarson, Young Women general president. Perhaps not everyone has been bullied, but everyone surely has a loved one—a sibling, a son, a daughter, or perhaps a grandchild or a close friend—who’s been a victim of bullying.

Her counterpart in the Young Men general presidency agrees.

“The video is popular because it’s highly relevant to a lot of our youth,” said Brother David L. Beck, Young Men general president. “It’s something they face.” 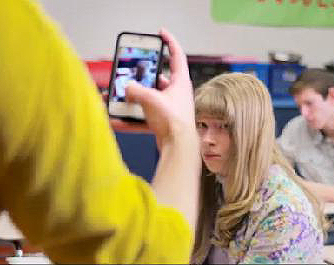 The video begins in the hallway of an American high school where students hustle to class. A young man enters a classroom, pulls out a smartphone, and snaps a candid photo of an awkward girl who sits on the front row. The young man takes his seat at the back and shows the photo to his friend. The two share a laugh.

The young man later attaches the girl’s photo to a mean-spirited meme and forwards it to students throughout the school. As the girl walks the halls she passes groups of giggling peers. She realizes she’s the target of their fun. She appears humiliated and entirely alone. 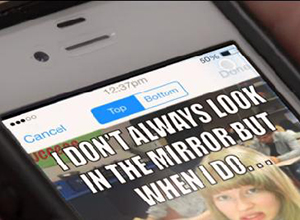 Later, one of the boys who laughed at the photo picks up his younger sister from junior high. Unbeknownst to him, his sister is also being tormented by bullies who send her cruel text messages.

The brother and the bully with the smartphone are later seen at a Mutual event at a retirement home. A young woman confronts the phone bully, telling him what he did was wrong. He grins sheepishly and defends himself by saying some people “take things too seriously.” 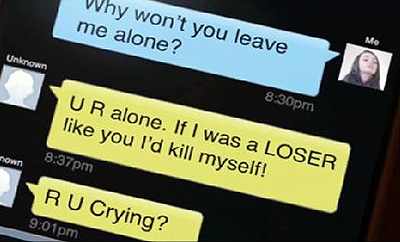 The brother returns home from Mutual and discovers his sister’s cell phone and the vile text messages. He tells his distraught sister that he is sorry for what she has endured. Now humbled, he approaches the girl from the photo in the school hallway and offers an apology. The other bullies witness his conciliatory actions.

The change that comes over the brother “touches our heartstrings of compassion,” said Sister Rosemary M. Wixom, Primary general president. 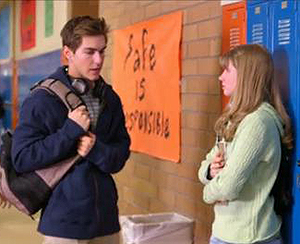 While the video depicts Mutual-aged youth, bullying, said Sister Wixom, often begins in elementary school. She recommended that moms and dads watch and discuss the video with their Primary-aged children. “Parents have a role to play here to make kindness and respect for others a matter of conversation in their own homes.”

Technology, added Sister Oscarson, adds a frightening wrinkle to today’s bullying. As shown in the video, social media and phone text messaging can double as toxic cyber-vehicles to harass others.

“It is anonymous,” she said. “[Bullies] know they will not be held accountable for their actions.”

Many victims of bullying suffer in silence, she added. Parents can help their children by keeping a close eye on their social media and texting activity, she said, advising that they stay involved in all aspects of their children’s lives and let them know they are never alone.

The youth leaders also noted the power that the youth of the Church can have in thwarting bullies. They will witness incidents of bullying that adults never see. The young woman who called out the bully in the video was a hero. Other young people, they said, can follow suit.

“This message shows our youth the consequences that are sometimes the result of thoughtless behavior.”