Photos Give a First Look Inside the Rome Italy Temple

The public phase of the Rome Italy Temple has begun, with The Church of Jesus Christ of Latter-day Saints opening its new sacred edifice in the Eternal City for the next four-plus weeks for a series of open house tours.

In conjunction with the start of the open house, the Church posted photos of the temple’s exterior and interior early Monday, January 14, on its Newsroom website.

“It is beautiful,” said Elder David A. Bednar of the Quorum of the Twelve Apostles, who serves as chairman of the Temple and Family History Department, as quoted by Newsroom. “The craftmanship is expert and perfect.”

Said architect Neils Valentiner: “This had to be one that when you walked onto this site, every person should feel like they were on an Italian site. They would recognize it because of the materials, because of the design, and because of the surrounding.”

Valentiner said the temple’s design was inspired by San Carlino, a Roman Catholic church in Rome, with “the curved ceilings, the curved walls, the expression of the colonnades and columns. And that started this very early concept of a curved church, a curved temple and temple building both on the exterior as well as on the interior.”

Visitors to the Rome Italy Temple are greeted at the entrance by a floor-to-ceiling stained-glass wall featuring a scene of the life of Jesus Christ, with additional art-glass throughout inspired by the olive tree and its leaves.

The temple’s predominant colors inside are earth tones and blues, bronzes, and gold throughout. Materials include Perlato Svevo stone flooring quarried in northern Tuscany; Cenia marble from Spain; Sapele, burl, and cherry wood millwork; and Murano glass fixtures from Venice.

The grand staircase in the temple’s lobby is considered an engineering feat, said project supervisor Bret Woods. “It’s connected just at the top and the bottom, so it’s essentially a free-floating staircase—and of course, an elliptical shape,” he said.

Other interior features include the instruction room mural featuring Italian landscape scenes from the sea to the hills, the Baroque-style bridal room with its crystalline sconces and hand-painted chairs, the crystal chandelier and artisan-crafted furnishings of the celestial room, sculpted off-white carpets in the celestial and sealing rooms, an elliptical font with inlaid stones and Roman-style acanthus leaves in the baptistry, and original paintings throughout the temple.

Located at Via de Settebagni 376 in northeast Rome near the village of La Cinquina Bufalotta, the temple sits on an elevated 15-acre parcel just off the A90 Grande Raccordo Anulare beltway—also known as “Il Raccordo” (“The Junction”)—that surrounds the city.

Initially, only a small portion of the property was available for temple construction; however, subsequent rezoning allowed the Church to expand to use all 15 acres for its grounds and accompanying facilities.

The 15-acre parcel previously was a farm that the Church purchased in 1997, with the property including a villa, a small olive orchard, and an outside pizza oven. For a period, full-time missionaries resided at the villa, and the property occasionally served as a gathering place for members and their activities.

Some of the farm’s olive trees were preserved and join other olive trees from northern Italy in being replanted in the grounds’ Italian-style piazza, or square. 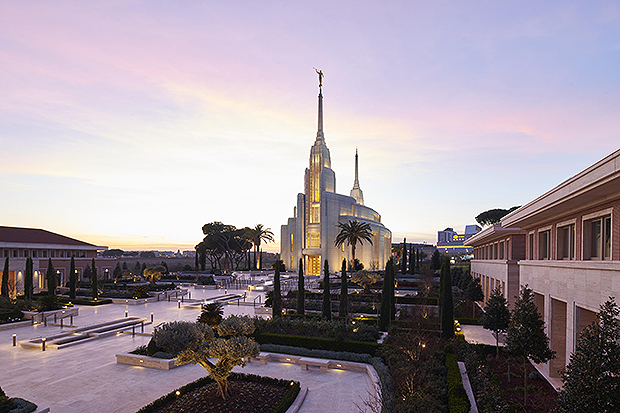 A view of the Rome Italy Temple and the Italian-style piazza on the temple grounds.

“There’s tremendous symbolism in olives and in olive trees,” said Elder Bednar in the Newsroom report, noting the depth reached by the tree roots. “Whenever you cut the roots of an olive tree, they’ll sprout. They don’t die; they will continue to sprout. Some have suggested that perhaps that’s symbolic of the hope of the Resurrection.”

Also on the temple grounds are a multifunctional meetinghouse, a visitors’ center, and temple patron housing. Linking the various buildings is the piazza constructed from native-to-Italy travertine tiles, pavers, and blocks.

The visitors’ center includes replicas of Thorvaldsen’s Christus and 12 ancient Apostle statues found in the Church of Our Lady in Copenhagen, Denmark. (See related story.)

“When I saw the statues of the Savior, the Christus, and the Twelve Apostles, it was just a spiritually stunning moment for me,” said Elder Bednar.

The statues are in a rotunda facing the temple, backed by an overhead mural of an Italian landscape. Full-length windows offer a dramatic view of the statues in the rotunda setting and a similar view of the temple from inside the visitors’ center.

Rome is considered by Latter-day Saints and other Christian faiths as a historic location, a biblical city where ancient Apostles such as Peter and Paul preached.

In latter days, the restored gospel returned to Italy when a handful of missionaries—including Elder Lorenzo Snow, later the fifth President of the Church—arrived in 1850 and found success in northern Italy. Most early converts over the next half-decade eventually emigrated to the United States and the Salt Lake Valley. Meanwhile, challenges and persecutions resulted in a halting of Church activity in Italy until the 1960s, when missionary work returned and a first-of-the-era congregation was organized.

President Thomas S. Monson announced the temple during the October 2008 general conference and then presided over its groundbreaking on Octoer 23, 2010. On March 25, 2017, the gold-plated angel Moroni statue was placed atop the taller, eastern tower of the twin-spired building. 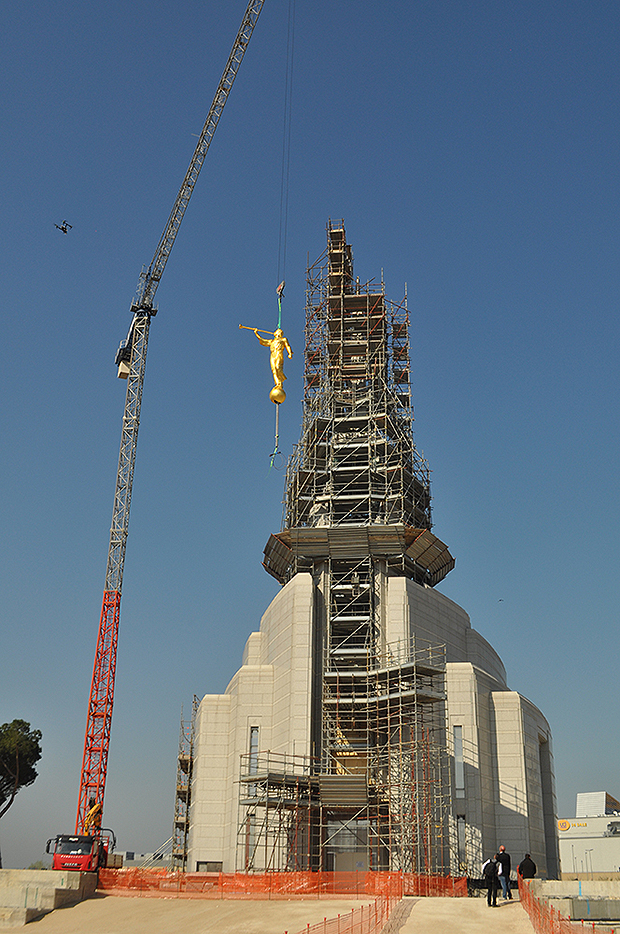 The angel Moroni statue is lowered by a crane into place atop the tallest, eastern spire of the Rome Italy Temple on Saturday, March 25, 2017. Photo by Scott Taylor, Deseret News.

Soon to become the Church’s 12th temple in Europe and 162nd worldwide, the Rome Italy Temple will serve the nearly 27,000 Latter-day Saints in Italy as well as those in neighboring countries. The Bern Switzerland Temple is currently the closest operating temple to Italy, which is home to two missions and more than 100 member congregations.

A morning news conference and subsequent media tours were the first public events scheduled to be held at the temple on Monday, January 14.

Special-guest tours are scheduled to run from Tuesday, January 15, through Tuesday, January 22, with invitations to leaders of government, business, legal, interfaith, and humanitarian organizations.

The general-public open house begins Monday, January 28, and runs through Saturday, February 16, excluding Sundays. Free tickets for the open house can be requested at templeopenhouse.ChurchofJesusChrist.org.

The temple will be dedicated over several sessions held March 10–12; it will open for temple sessions and ordinance work the following week on March 19. 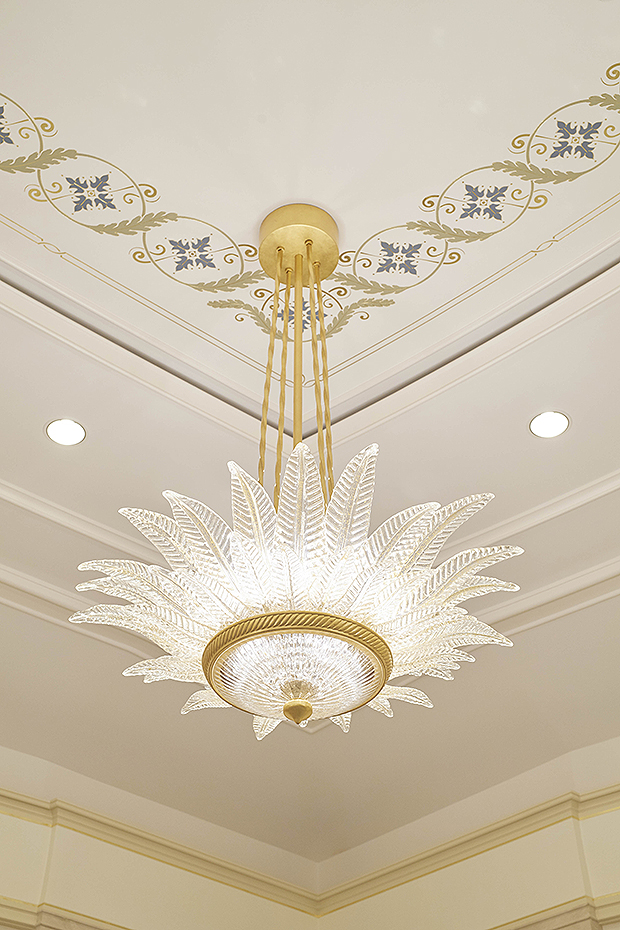 Lighting in the Rome Italy Temple. 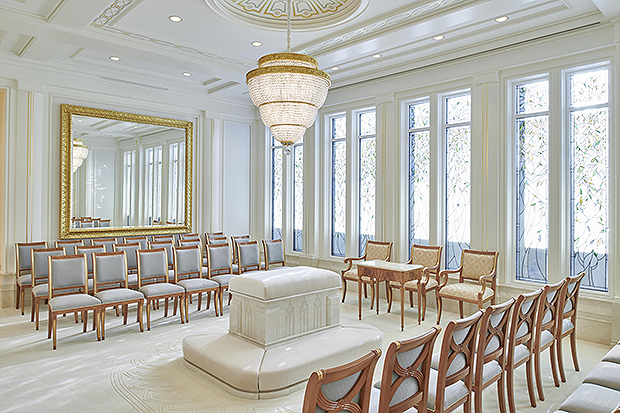 A sealing room in the Rome Italy Temple. 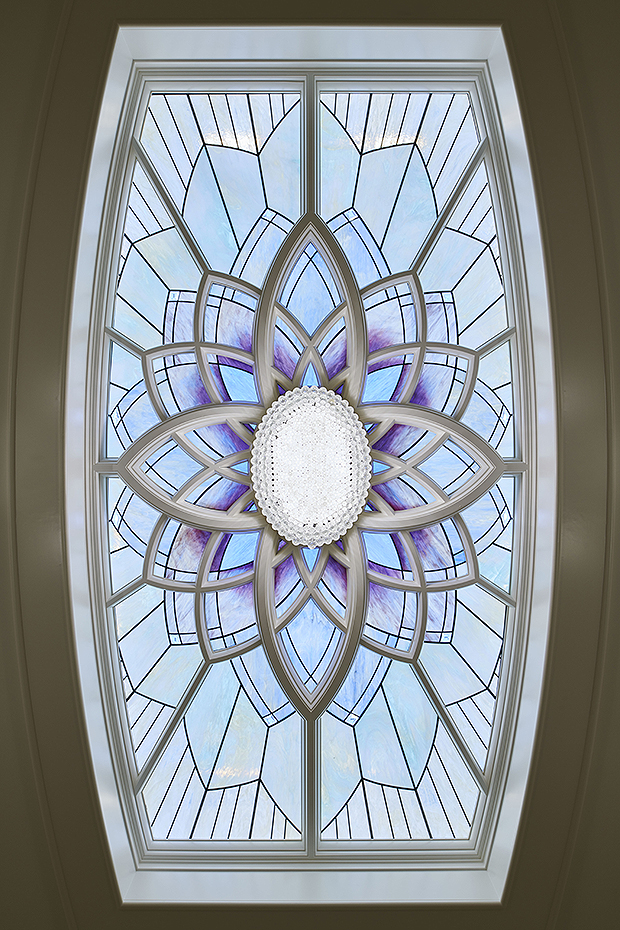 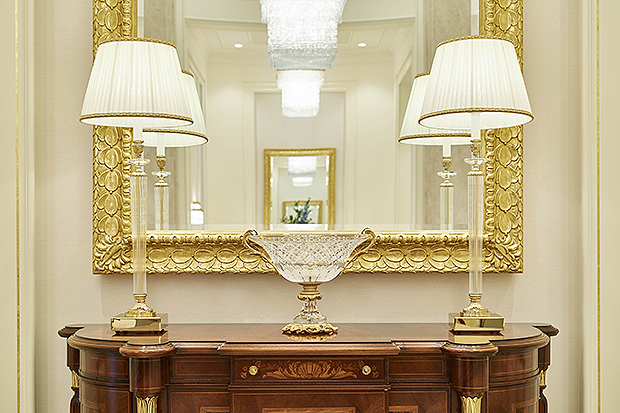 The interior of the Rome Italy Temple of The Church of Jesus Christ of Latter-day Saints. 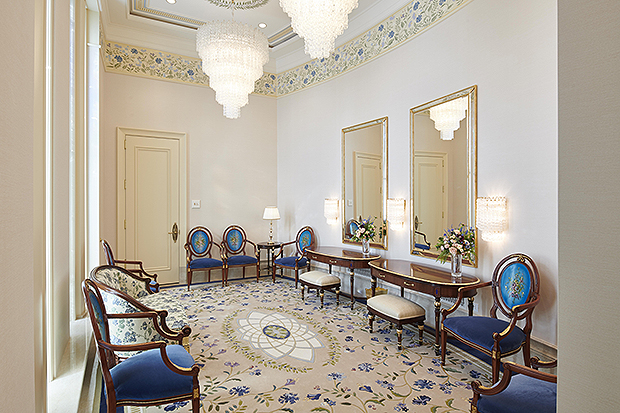 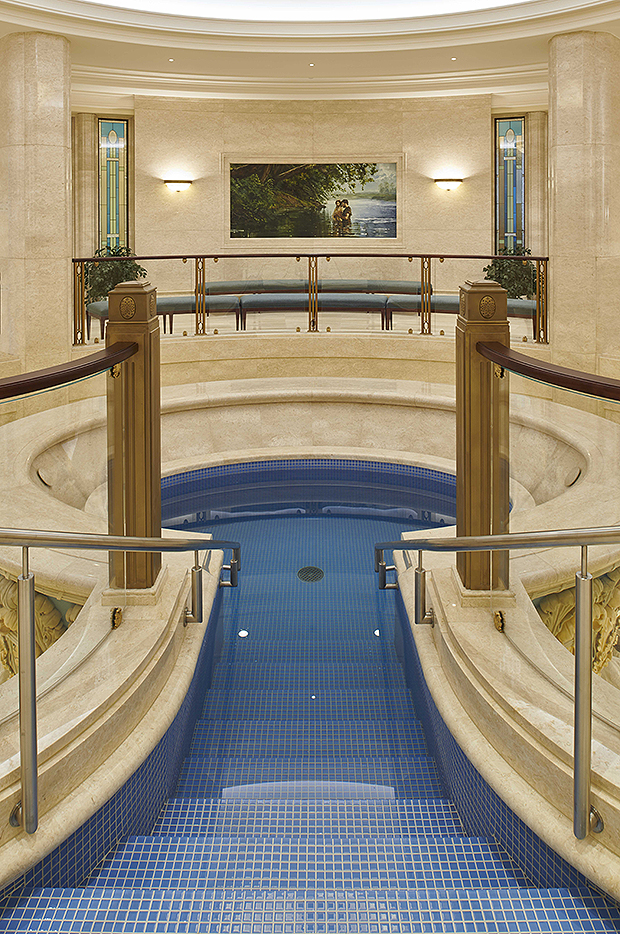 Baptistry of the Rome Italy Temple.

Stained glass in the Rome Italy Temple depicts scenes from the Savior’s life. 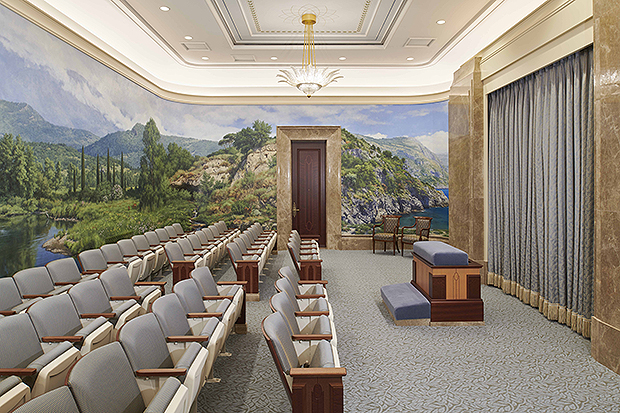 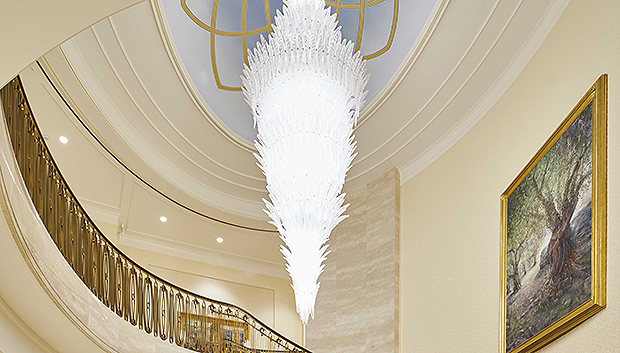 Chandelier and grand staircase in the lobby of the Rome Italy Temple. 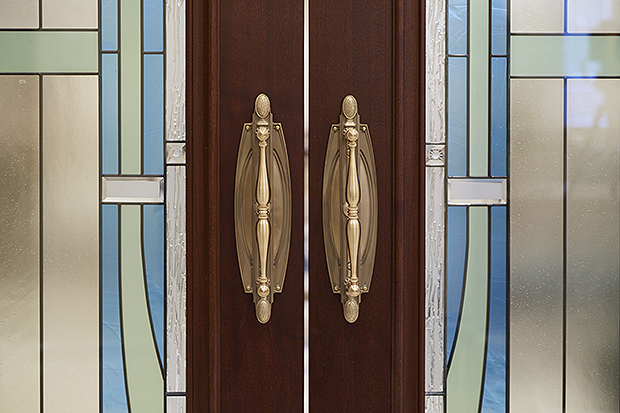 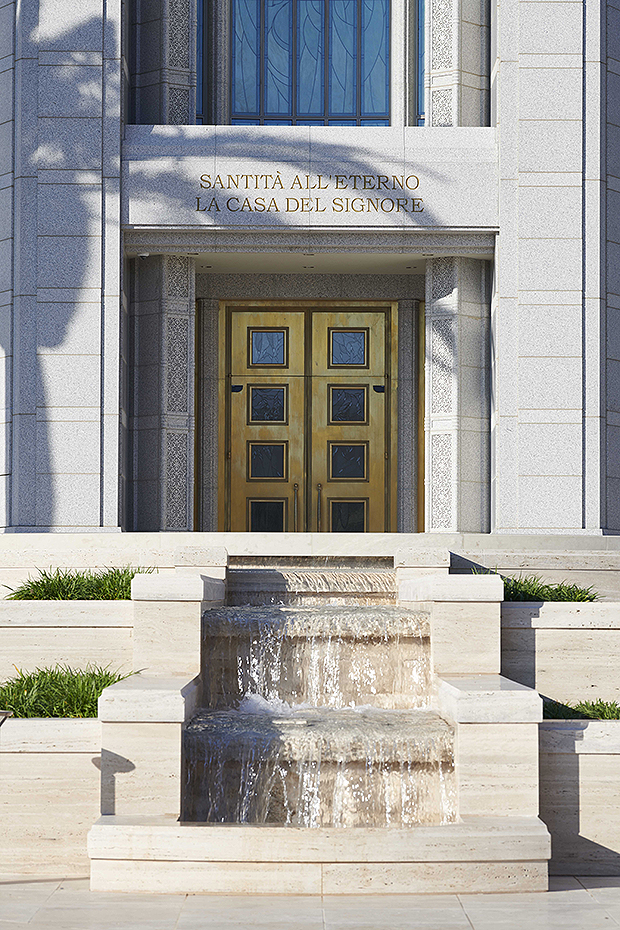 Fountain and doors at the Rome Italy Temple. 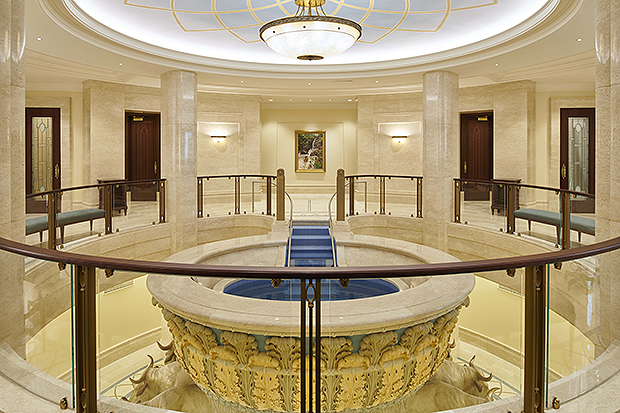 The baptismal font and baptistry of the Rome Italy Temple. 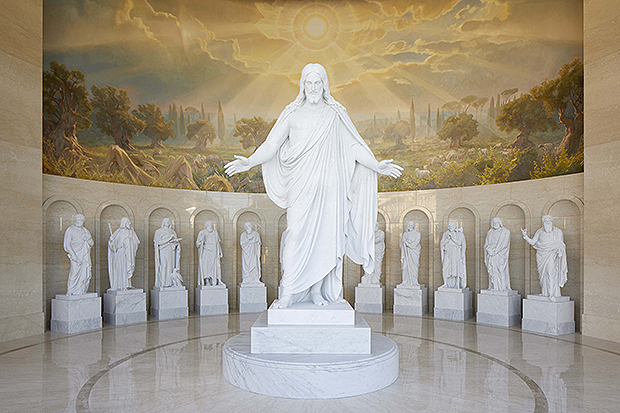 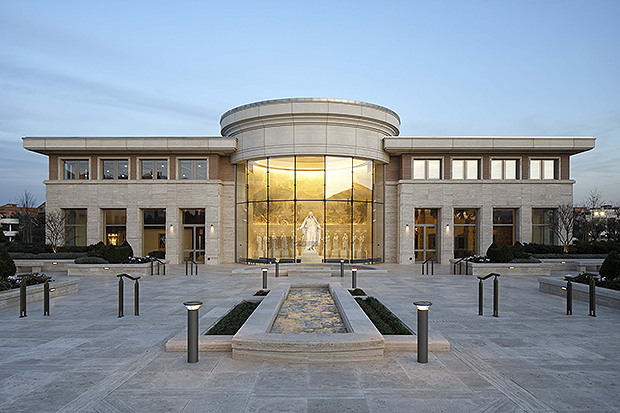 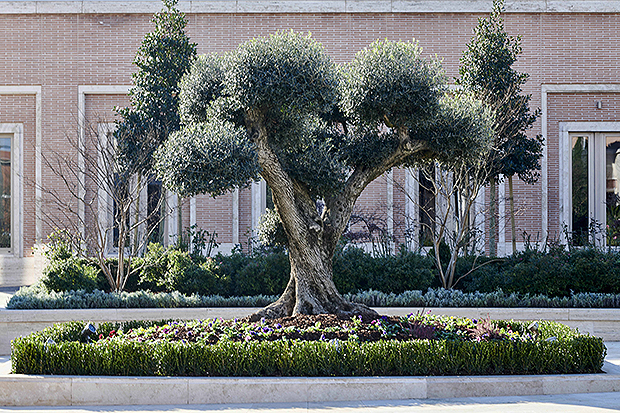 One of the olive trees found on the piazza of the Rome Italy Temple grounds. 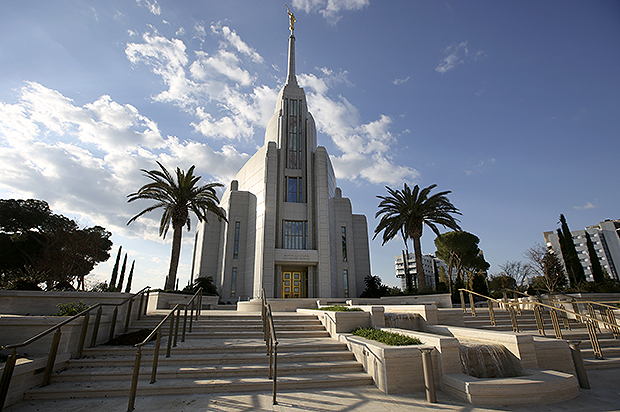 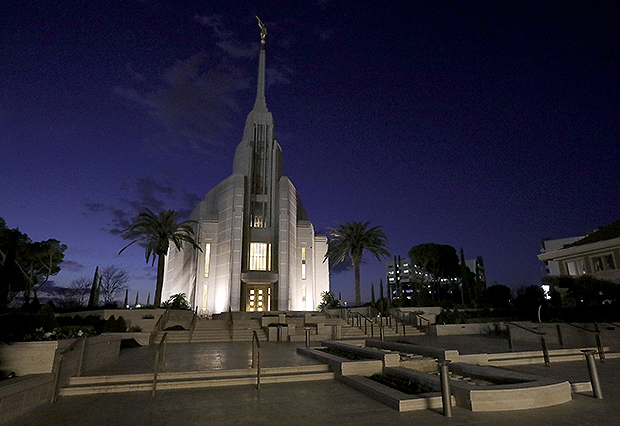 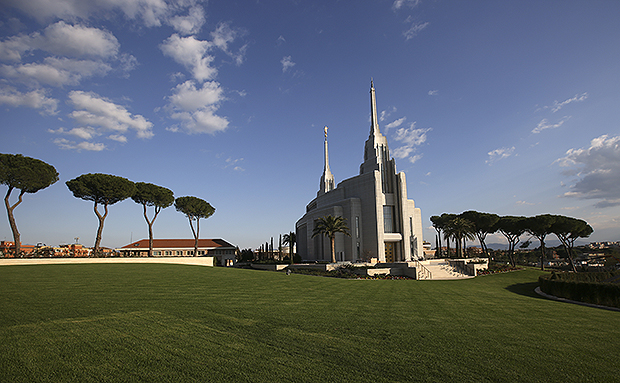 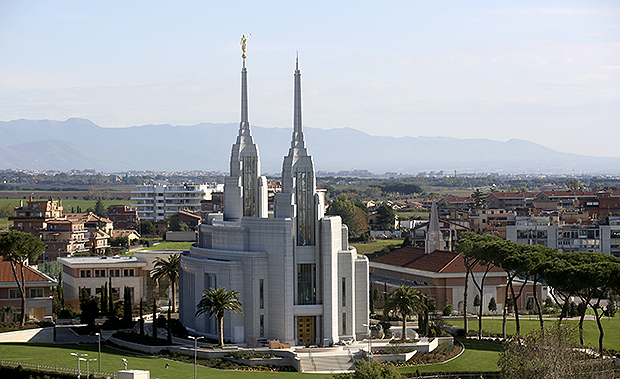 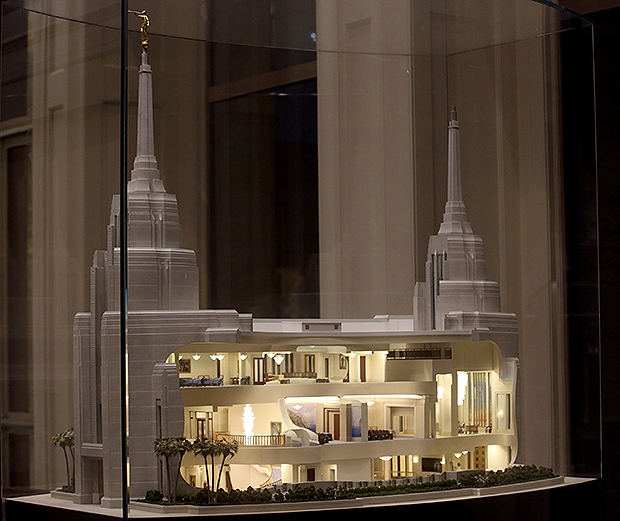 A model display of the interior of the Rome Temple is visible in the visitors’ center in Rome, Italy, on Friday, November 16, 2018. Photo by Kristin Murphy, Deseret News. 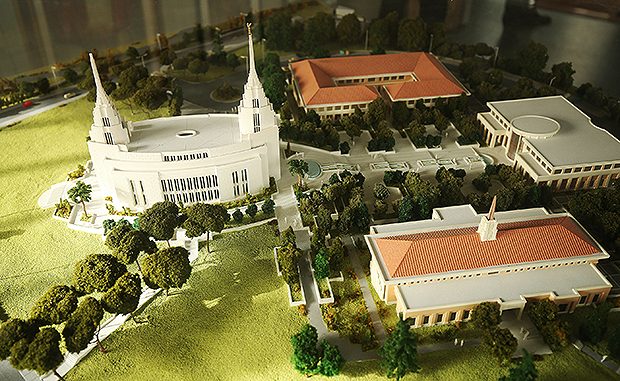