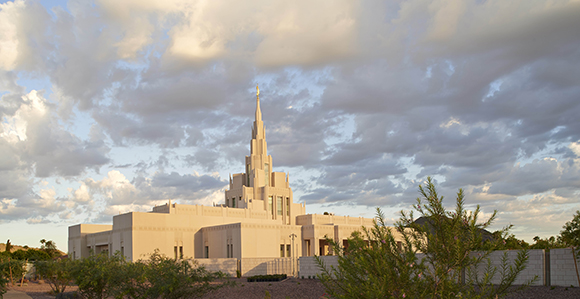 The Phoenix Arizona Temple is open for free public tours now through Saturday, November 1, 2014, excluding Sundays. Reservations for the open house can be made on the mormontemples.org/phoenix website.

Arizona Governor Jan Brewer and other dignitaries attended the open house for the new temple. “I have learned that the purpose of the temple is even more beautiful than the building,” said Governor Brewer. “Temples are sacred places to commune with our loving God and know that we can return to His presence with our loved ones,” she said.

The temple will be formally dedicated on Sunday, November 16, 2014, in three sessions. Prior to the dedication of the temple, there will also be a cultural event featuring music and dance on Saturday, November 15, 2014.

The Phoenix Temple sits on just over five acres adjacent to an existing meetinghouse located at the intersection of Pinnacle Peak Road and 51st Avenue. It is a single-story building and has a footprint of 27,423 square feet, with a full basement and an 89-foot spire. The materials and workmanship are of the highest quality, and the grounds are created and maintained to bring a sense of peace and tranquility to those who visit. The grounds are open to all public visitors.

Ground was broken for the Phoenix Arizona Temple on June 4, 2011. Elder Ronald A. Rasband of the Presidency of the Seventy presided at the ceremony and said the new building would be a “beautiful and magnificent temple” that will bless both Mormons and the Phoenix community.

Once dedicated, the Phoenix Temple will be the 144th operating temple of the Church worldwide. It is one of five temples in Arizona, with others in Mesa, Snowflake, Gila Valley, and, most recently, Gilbert. A sixth temple, in Tucson, has been announced. 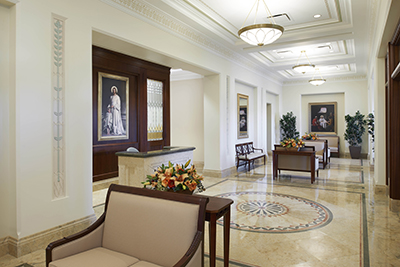 Entry into the Phoenix Arizona Temple. Photo by Matthew Reier. 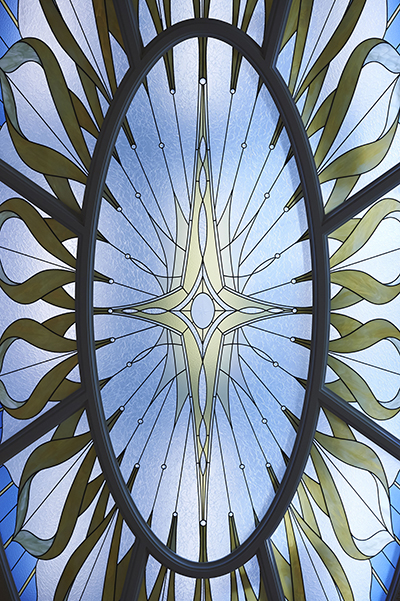 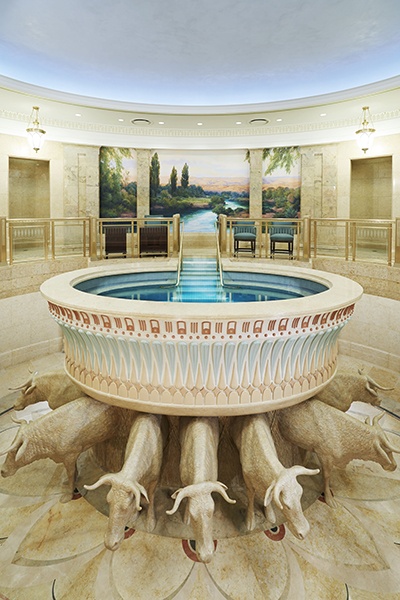 The baptistry in the Phoenix Arizona Temple. Photo by Matthew Reier. 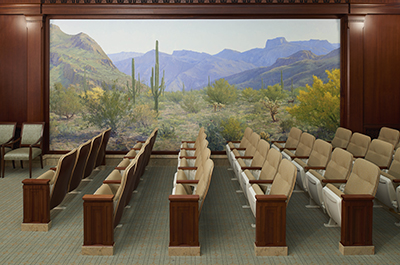 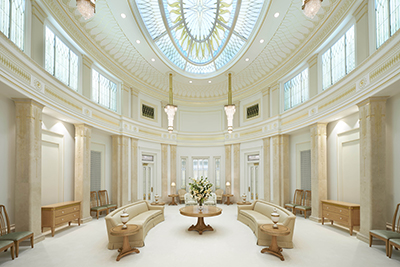 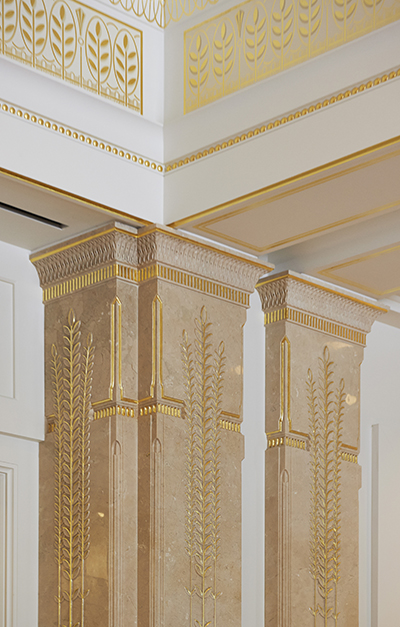 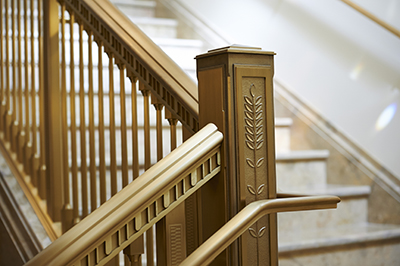 Detail of the stair railing in the Phoenix Arizona Temple. Photo by Matthew Reier.