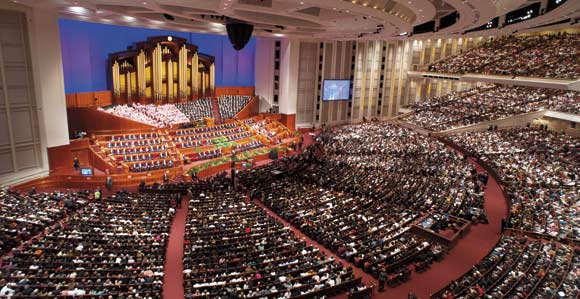 A study by the Pew Forum on Religion and Public Life found that Mormons share many of the religious practices and beliefs of traditional Christianity.

Mormons’ faith, beliefs, and practices translate to satisfaction with their lives according to a report studying members of The Church of Jesus Christ of Latter-day Saints in the United States released today by the Pew Center’s Forum on Religion and Public Life.

The study, a nationwide survey of 1,019 Latter-day Saints, sought to determine the levels of religiosity among Church members and found that 77 percent of members say they attend religious services at least once a week, 83 percent say they pray every day, 98 percent say they believe in the resurrection of Jesus Christ and 97 percent describe their faith as a Christian religion. The study confirms that Mormons exhibit higher levels of religious commitment than many other religious groups and believe firmly in the distinctive tenants of their faith.

“The nationwide survey . . . finds that Mormons share many of the religious practices and beliefs of traditional Christianity,” the study says.

Read more about the report at Newsroom.