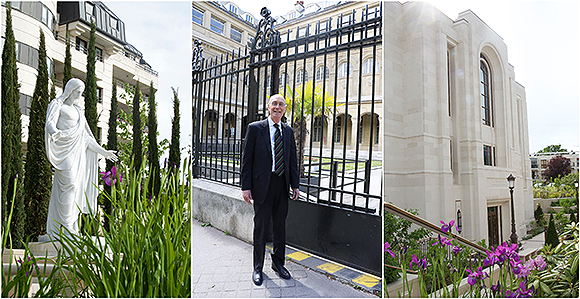 Before Kathleen Eyring met her husband, President Henry B. Eyring, First Counselor in the First Presidency, she spent time studying at Sorbonne University in the heart of Paris. Surrounded by history, culture, and beauty, she developed a love for all things French: French music, French food, French art, and the French language—which she worked hard to learn.

Young and alone, she found a home among the French Latter-day Saints and worshipped with them at 3 Rue de Lota, an old mansion which was owned by the Church and converted to a chapel.

After marrying, President and Sister Eyring returned to France and to 3 Rue de Lota. They walked the streets of Paris and the gardens of Versailles and tasted the best croissants. As President Eyring experienced the love his wife had for the country and people, he grew to love them too.

In recent years, as Sister Eyring’s health deteriorated, she sometimes spoke in French. And even though she cannot travel with him to Paris as he dedicates the Paris France Temple, President Eyring will again walk the streets and imagine the time they spent in the country. It is a “very tender thing for me,” he said.

“I think I feel the blessing of a temple perhaps a little more in France because of the feeling of faithful Saints over the years,” he recalled.

President Eyring’s older brother, Edward, served as a young missionary in France. When the Church bought the Rue de Lota property, Elder Edward Eyring was the district president. “He worked very hard,” said President Eyring of Edward’s mission. “I remember when he came home from his mission, he had given it his all, and it had seemed so difficult because so few joined.”

Now, said President Eyring, the temple represents the “faith of the wonderful members that kept the light of the gospel burning” in France.

From the time Elder John Taylor stood on a beach near Boulogne, France, in 1850 and offered a prayer dedicating the country for the preaching of the gospel to the present day, when Gérard and Annie Giraud-Carrier will serve as the first temple president and matron in France, the Church has slowly moved forward in the country. Years ago, President Giraud-Carrier was the first president of the Paris France Stake.

President Eyring said he is thrilled that Elder Neil L. Andersen of the Quorum of the Twelve Apostles, who 47 years ago served as a missionary and then 25 years ago as mission president in France, and Presiding Bishop Gérald Caussé, who was born in Bordeaux, France, and later served as president of the Paris France Stake, will participate with him in the dedication of the Paris France Temple on Sunday, May 21.

Elder Andersen said he will never forget first viewing France’s beauty. “I fell in love with the beautiful countryside, the amazing architecture, the way of life, and most of all, the many, many impressive and thoughtful people I met.”

Speaking to members of the media during the public open house earlier this year, he explained: “I ascribe to that phrase attributed to American president Thomas Jefferson, when he said, ‘Every civilized man claims two countries: France and his own.’”

Like the Eyrings, Elder Andersen and his wife, Kathy, have found a respite in France.

France has become a place where a diverse Latter-day Saint membership has grown and thrived, he said. “Many, many good families have planted their feet solidly in the gospel foundation and raised their families,” he said. “Inch by inch, step by step, in the Lord’s own timetable, the great dream that there might be a temple in France is coming to pass.”

Bishop Caussé said the time it took for the Church to locate a site and build a temple in Paris, France, taught the members “patience and faith.” The Paris France Temple “is a miracle,” he said.

Bishop Caussé first visited a temple when he was 2 years old. His family had recently joined the Church. Every year they traveled to Switzerland and spent one week at the Swiss Temple. “For much of my childhood, I could not enter the temple, but I would just wait for my parents and do activities,” he said. “The temple was something special for me because I knew how much sacrifice it involved to get there. And I knew it was a special place that I wanted to go with my own family.”

On one special summer trip, the family was allowed to pitch a tent on the temple grounds and look toward the temple.

After Bishop Caussé’s marriage to Valérie Babin, the Church dedicated a temple in Frankfurt, Germany, and the time the Caussé family traveled to reach the temple was reduced.

The French people, he said, love family and they appreciate beautiful architecture. The new temple blends well with French culture.

“I think I’ve always known there would be a temple in France, because I was born knowing this would happen sometime,” said Bishop Caussé. “As a young boy, I envisioned it many times. I tried to dream of what it could become. I loved going to Switzerland. I loved going later to the Frankfurt Temple. But I think the temple that we have now [in France] is much better than any of my dreams. It’s a better location. It is more beautiful than anything I have dreamt of.” 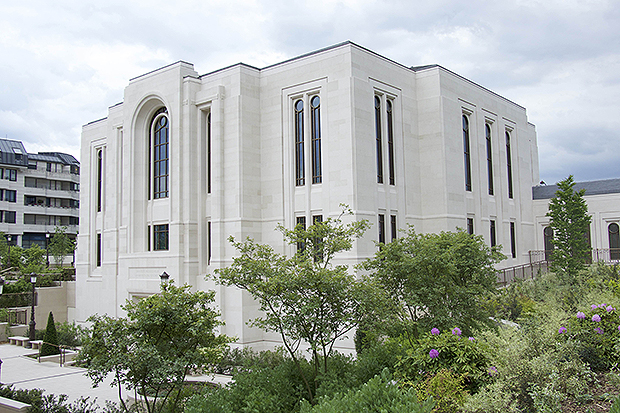 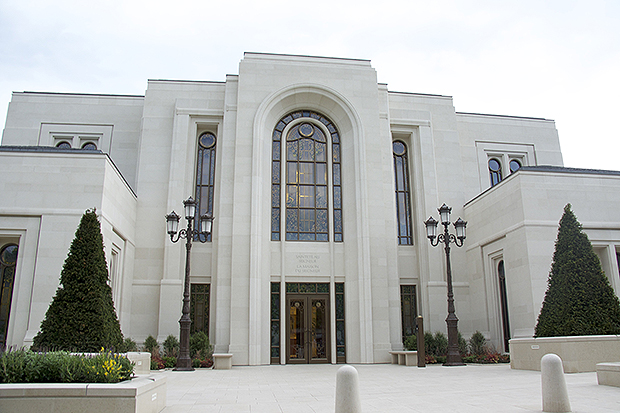 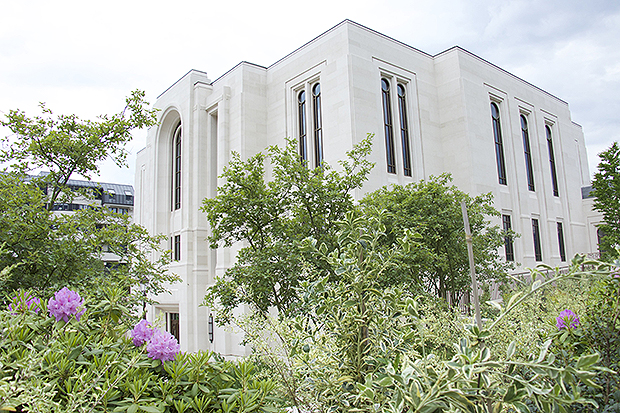 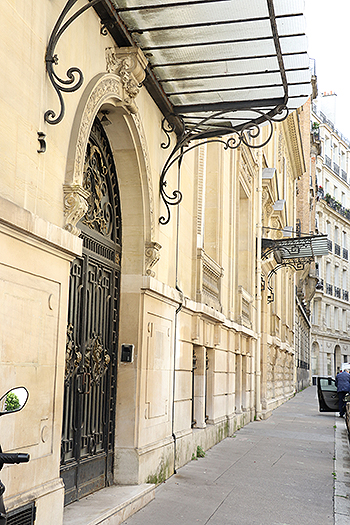 Entrance to 3 Rue de Lota, a mansion in Paris that was once owned by the Church and converted to a chapel. President Eyring’s wife, Kathleen, attended Church meetings in the building as a young woman studying in France. As a young elder serving in France, Elder Andersen attended meetings in the building, which also housed the mission home. Photo by Sarah Jane Weaver. 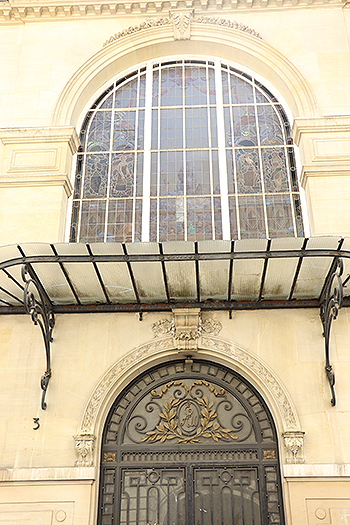 Stained glass is a feature of 3 Rue de Lota, a mansion in Paris that was once owned by the Church and converted to a chapel. President Eyring’s wife, Kathleen, attended Church meetings in the building as a young woman studying in France. As a young elder serving in France, Elder Andersen attended meetings in the building, which also housed the mission home. Photo by Sarah Jane Weaver.