Now Is the Time to Defend Truth, Elder Christofferson Declares 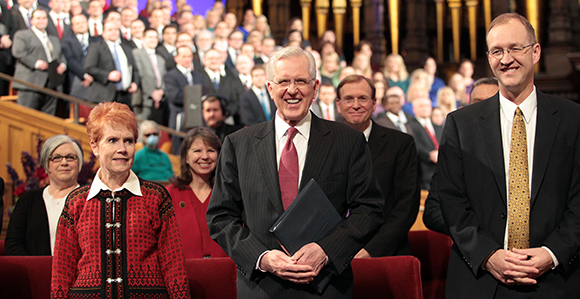 Elder D. Todd Christofferson of the Quorum of the Twelve Apostles smiles at the audience prior to the annual Evening with a General Authority broadcast held on January 26 for employees of the Church Educational System.

“Knowledge of truth in any significant measure requires divine assistance, either through the Light of Christ or by the aid of the Holy Ghost.” —Elder D. Todd Christofferson of the Quorum of the Twelve Apostles

Now is the time to “actively and enthusiastically seek, teach, and live by truth,” Elder D. Todd Christofferson of the Quorum of the Twelve Apostles taught during a devotional held in the Salt Lake Tabernacle on January 26.

“It has always been important not only to teach but to defend truth, and in our time that need seems to be growing,” he said.

In an address to Church Educational System educators for the annual Evening with a General Authority event, Elder Christofferson spoke of truth and the need for Church educators to help their students find truth with divine assistance.

“The first thing we should understand about truth, then, is that a knowledge of truth in any significant measure requires divine assistance, either through the Light of Christ or by the aid of the Holy Ghost,” he said. “Given our limited mortal capacity and resources, if we are unaided by revelation, we simply cannot achieve a comprehensive knowledge of things as they were, are, and will be and how any one thing relates to how everything else was, is, or will be.”

Although every individual is required to study and learn, it is through that “divine help” that a person is able to find understanding.

Truth, Elder Christofferson taught, is “a fixed reality” that governs the present sphere, exists independent and apart, and is unaffected by preference or opinion and stands independent of any effort to control or change it.

“It cannot be lobbied or influenced in any way,” he said.

But in much of the world, relativist thinking has become a dominant philosophy.

“By relativism I mean the view that ethical or moral truths are relative, that they depend on the attitudes and feelings of those who hold them, and that no one can judge the validity of someone else’s ‘truth,’” he said. “You hear a lot of talk these days about ‘my truth’ and ‘his truth’ or ‘her truth.’”

The philosophy of moral relativism, where “not judging” has become an almost unchallengeable standard for conversation and behavior, has become popular.

“But in reality, we all make judgments about what is right and wrong—and not just for ourselves but for the people and society around us,” he said. “Laws and systems of law, even political systems, are the embodiment of moral values and perceived truths.”

Recognizing that in a pluralistic society, people may debate what values should be enshrined in laws or regulations and what is right, wrong, or true, Elder Christofferson said, “In the end, on any given issue, someone’s view, or some group’s view of truth prevails, and everyone becomes bound by it.”

But moral relativism doesn’t work if there is to be order and justice in society, the leader taught.

“Can murder be wrong for most but right for some?” he asked. “Is a thief entitled to keep what he steals and continue stealing because he believes robbery is right for him, especially since he grew up in underprivileged circumstances? Or, taking note of something very much in the news today, is a man entitled to sexually harass a woman because he finds it fulfilling and consistent with his personal sense of right and wrong?”

Recognizing there are some things that are generally accepted as wrong and have laws against them—murder, rape, theft, and other actions that injure people or interfere with their legitimate pursuit of happiness—Elder Christofferson said it is beyond those “acknowledged human rights” that moral relativism applies, where a person may define for himself or herself what is right or wrong.

“But this line of reasoning makes the point that there are in fact moral absolutes, whether you call them universal human rights or something else,” he said. “The only debate, really, is what they are and how far they extend. What we refer to as moral relativism is actually an ongoing debate about tolerance: What actions and differences should be tolerated in society and in human relations?”

Because of this climate, Elder Christofferson told educators their “calling” is to teach the truth of moral concepts—what they are and how far they extend.

“We prize truth on any subject from any source, but eternal truth, especially as it bears on the meaning and purpose of conduct in life, we must obtain from God,” he said.

Drawing from a recent Pew Research Center study that reported that for the first time, a majority of Americans—56 percent—say a religious belief is not necessary to be a good person, Elder Christofferson said that although a person does not have to profess a belief in God to be a good person, goodness comes from God.

“I'm sure we would agree that people who are atheists or who otherwise have not professed religion or religious belief can be, and most often are, good and upright people,“ he said. ”But we would not agree that this happens without God. … Whether someone likes it or not, believes it or not, or is even aware of it or not, he or she is imbued with the Light of Christ and therefore possesses a common sense of right and wrong that we sometimes call conscience.”

Without law, there would be no “upside to our existence,” he said.

It is through the doctrine or gospel of Christ—faith in Christ, repentance, and baptism, both of water and of the Spirit—that a person is able to choose righteousness and happiness.

“There are really only two options,” he taught. “One is to pursue truth by heeding the words of Christ. … The other is to be taken in by the adversary and try the impossible—to find happiness in his fictions. One cannot succeed in life here or hereafter by ignoring the reality of truth, but some, actually a lot of people, attempt it—it just looks so much easier than repenting. But only repentance and obedience to the truth of God free us from a fantasy world that is destined to fail.” 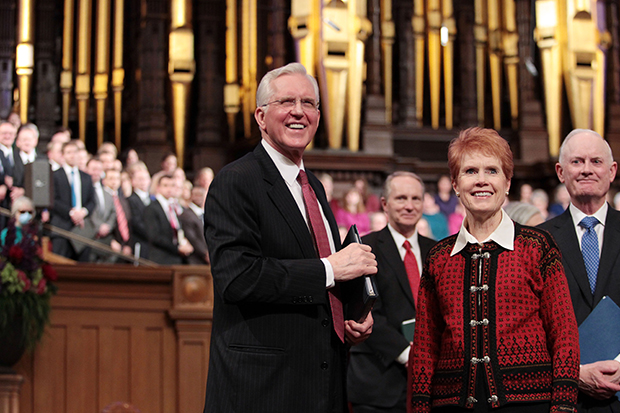 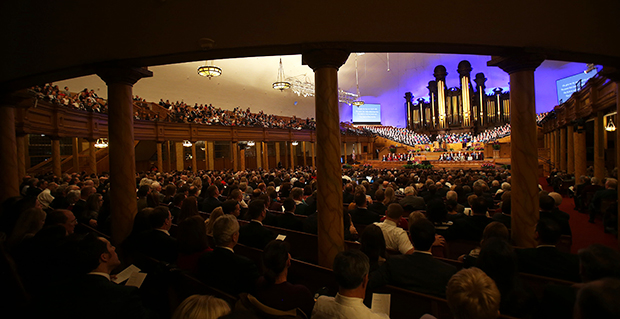