Not Always Knowing Is Part of God’s Plan 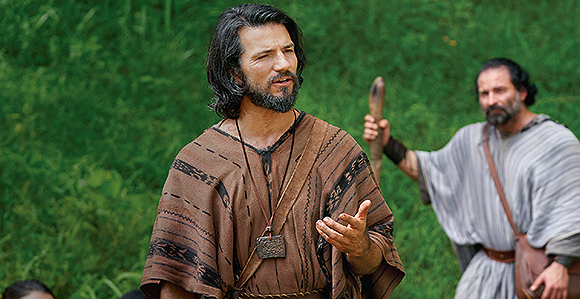 In this scene from the Book of Mormon Videos series, Alma and Amulek teach about faith in Jesus Christ (see Alma 31–34).

"It is part of God’s plan that we do not have all the answers to all of our questions, but in the interim we should seek all the truth we can with unwavering faith in God.” —Elder Tad R. Callister, emeritus General Authority Seventy

We ought to be prepared to answer every gospel question we possibly can in the spirit of Peter’s injunction to the Saints: “Be ready always to give an answer to every man that asketh you a reason of the hope that is in you” (1 Peter 3:15). While we can answer many questions, sometimes the appropriate answer is “I don’t know.” This should not be surprising. Rather, we should expect some unanswered questions for at least the following reasons:

God Requires Us to Have Faith

One, God requires us to have faith. Mormon was about to record some “greater things” when he said, “But the Lord forbade it, saying: I will try the faith of my people” (3 Nephi 26:10–11).

Nephi knew not the reason for creating a second set of plates. He simply observed, “The Lord hath commanded me to make these plates for a wise purpose in him, which purpose I know not” (1 Nephi 9:5).

Even the Savior did not have the answer to every question during His mortal ministry. While stretched out upon the cross, He cried out, “My God, why hast thou forsaken me?” (Matthew 27:46). There was no immediate answer at this crisis moment, but His faith in the Father never waned.

Faith, by its very nature, means we will not have all the answers. Nonetheless, some people “demand” the underlying rationale for every command or event in life. In essence, they want a religion without faith, but they can’t have it—because no such thing exists.

Our Minds Are Finite

Two, our minds are finite, and accordingly there are times when we could not understand the answer even though it might be given us. For example, a baby cannot comprehend calculus, even though it is truth. The Lord highlighted this divine principle when He said, “For as the heavens are higher than the earth, so are my ways higher than your ways, and my thoughts than your thoughts” (Isaiah 55:9).

Three, God withholds certain truths because their release would be premature in His divine timetable. The Savior made this observation to His disciples: “I have yet many things to say unto you, but ye cannot bear them now” (John 16:12). Our lack of spiritual maturity and readiness may delay the timetable for our receipt of certain answers.

Four, historic and scientific truths often come in installments, and therefore in the interim there may exist a seeming conflict between history or science on one hand and religion on the other; but in the end they will be in perfect accord. We see this, for example, with regard to archaeological discoveries. For years, critics claimed that cement and barley did not exist in Book of Mormon times—they were anachronisms that “proved” the Book of Mormon a fraud. Then, after the passage of many years, archaeology revealed the real truth—cement and barley were discovered to have existed in Book of Mormon times. The question that had raised doubt in the skeptic became one more confirmation for the man and woman of faith.

Even prophets have unanswered questions. When Adam was asked by an angel why he offered sacrifices, he could only reply, “I know not, save the Lord commanded me” (Moses 5:6). It is part of God’s plan that we do not have all the answers to all of our questions, but in the interim we should seek all the truth we can with unwavering faith in God.

Alexis de Tocqueville was the brilliant social scientist who wrote the incomparable two-volume series titled Democracy in America. Yet to his credit he submitted his intellect and will to God’s—“I am unacquainted with [God’s] designs” [meaning he didn’t understand all of God’s purposes], but I shall not cease to believe in them because I cannot fathom them, and I had rather mistrust my own capacity than his justice.” What a humble, faith-filled response!

Faith acknowledges the reality of a higher intellect and moral superiority than one’s own—namely, God’s. Accordingly, faith strikes at the core of pride and instead nourishes the virtues of humility and divine trust. This, in turn, enhances our capacity to learn, enlarges our eternal perspective, gives added hope, and deepens our commitment to be obedient. In essence, faith, which of necessity results in some unanswered questions, has an inherent capacity to accelerate our spiritual progress—which in the end is the prime purpose of the plan of salvation. 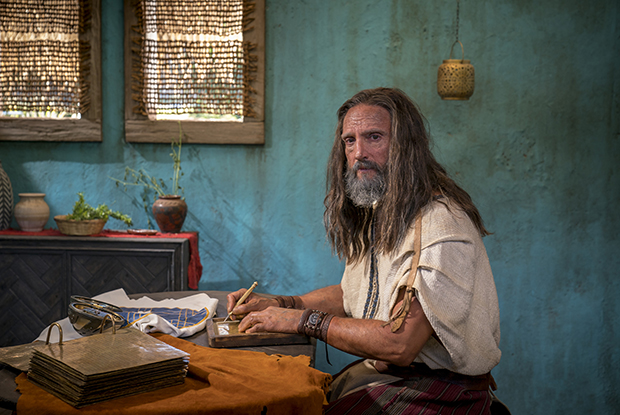 In this scene from the Book of Mormon Videos series, an actor portraying Nephi sits at a table with the brass plates and other metal plates as he records his testimony.