New Temple President and Matron Called to Serve in Guatemala 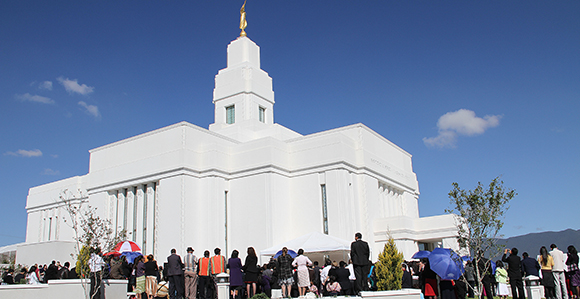 Members gather outside the Quetzaltenango Guatemala Temple prior to its dedication in 2011. Photo by Jason Swensen.

The following new temple president and matron have been called to serve by the First Presidency. They will begin their service in November.

Sister García-Salas is an assistant to the matron at the Quetzaltenango Guatemala Temple and a former ward Relief Society president and teacher. She was born in Guatemala to Raymundo Onofre Bonilla Marroquín and Josefa Edelmira Gálvez Paz.