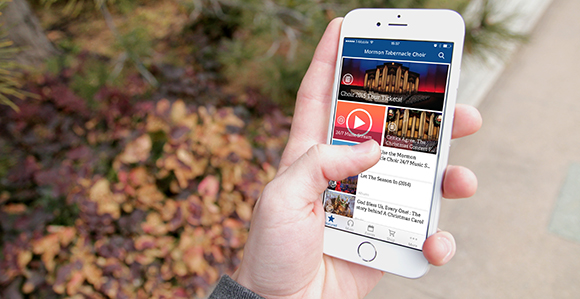 With the new Mormon Tabernacle Choir app, users can access music on the go. A 24/7 music stream is available on the app, as well as free music and downloads.

“People should get the app so they can listen to the choir 24/7 no matter where they are. It can become the soundtrack of their lives.” —Christian Lambert, executive producer

The upcoming release of the Mormon Tabernacle Choir app for Apple mobile devices will help reach the choir’s audience outside of Utah in new ways and across generational boundaries.

“What was only available to people along the Wasatch Front is now available to so many more people with mobile devices,” said Christian Lambert, executive producer of digital channels for the choir. “It’s the first app we’ve done exclusively focused on choir content.”

To download and use the app, use this direct link: https://appsto.re/us/zbtj5. An Android version will be ready in the spring. “The app is a dashboard of everything that is important to fans of the choir,” said Brother Lambert. “It is part of our ongoing effort to bring the choir to where people are digitally.”

One of the main purposes of the app is to reach a younger audience of users on the devices where they listen for their musical connections. “Anyone who has access to the app can have the choir with them wherever they go,” said Jared Goodey, technical producer for the choir app. “The most exciting part of the app is its portability.”

The content found in the app mirrors the content a person would find on the choir’s website, but it has been distilled down into the elements that are most important to mobile users. One of the most popular features is the ability to listen to the choir’s music for free around the clock. “People should get the app so they can listen to the choir 24/7 no matter where they are,” said Brother Lambert. “It can become the soundtrack of their lives.” An enhancement already planned for the app will permit people to buy the music they are listening to from iTunes with just a few touches from the app.

“We hope users will download music so they can listen to it when they are not connected to the Internet,” said Brother Lambert. “For example, let’s say you wanted to have a song available to share with the children in your Primary class. You could download a song on your mobile device and play it later right in your class.”

“Or you could be riding on the bus, and literally with only two touches on your mobile device you could be listening to the choir,” said Brother Goodey.

In addition, the app allows users access to purchase blu-rays, digital music albums, books, and DVDs about the choir. In the near future, new functionality on store.ChurchofJesusChrist.org will permit customers to purchase downloadable mp3s of the choir’s music. “The content in the app will be continually updated with new things to keep users engaged,” said Brother Goodey. “They can also sign up for the choir’s free weekly newsletter right from the app.”

Another feature of the app is the ability to view videos of the choir’s performances. There is even a calendar with details about upcoming performances and events and how to get tickets to those events. Blog posts from the choir’s official blog are also readable from the app so users can get all of the inside information available about the choir.

The upcoming release of the app is version 1.0. In the app’s user settings there is an option to send feedback. “We are looking for user feedback to find out what people want,” said Brother Lambert. “The current version of the app is our best effort of what we think people want, but we want to know what might make it better or if there is something that we missed.”

The “About Us” section of the choir’s website reads, “The Mormon Tabernacle Choir is dedicated to the universal language of music that has the power to bring joy, peace, and healing to its listeners. Made up of hundreds of volunteers from all walks of life, this unique music organization transcends cultural and generational boundaries and brings together people from around the world through stirring music. The Choir, the Orchestra at Temple Square, and the Bells on Temple Square act as goodwill ambassadors for The Church of Jesus Christ of Latter-day Saints.”

Brother Lambert said, “This app is a huge step in support of the choir’s stated mission.” 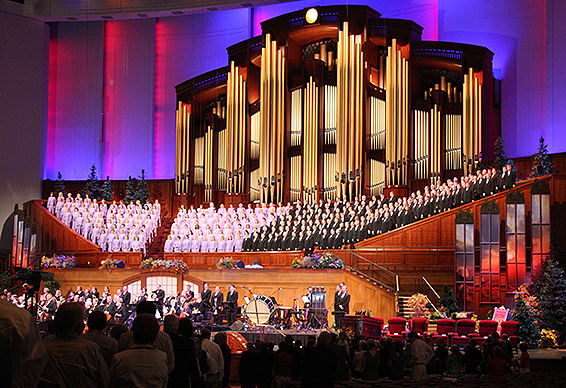 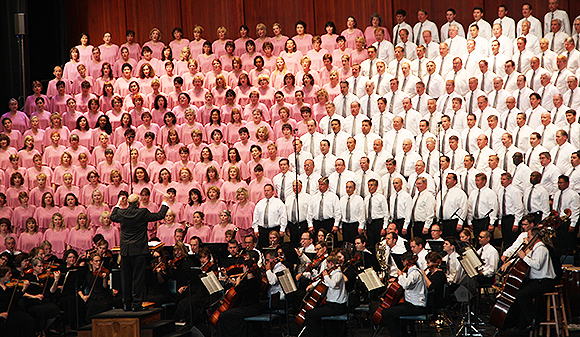