“The safety of the missionaries is our prime interest and desire.” —Elder Dieter F. Uchtdorf

From safety on the street to fighting germs and avoiding the criminal intent of others, a new video series released today by The Church of Jesus Christ of Latter-day Saints is designed to increase the safety of the 65,000 currently serving full-time missionaries as well as those yet to serve.

“The safety of the missionaries is our prime interest and desire,“ said Elder Dieter F. Uchtdorf of the Quorum of the Twelve Apostles, who chairs the Church’s Missionary Executive Council.

“The videos are focused on helping the missionaries with a lot of common sense and practical tips—to be safe in their missions and to protect each other, to help each other and to watch over each other,” he said.

The 12-part video series features “The SafetyZone”—a fictitious TV show mirroring the highlight videos and back-and-forth banter of an in-studio sports show. To emphasize safety principles and practice, the videos combine entertainment, humor, and repetition along with the more serious retelling of real-life missionary experiences.

The video episodes are designed to be engaging while sharing examples of right and wrong practices.

“We wanted to create an environment to teach the principle and then give them example after example,” said David Wade, director of operations for the Missionary Department.

The first video in “The SafetyZone” series has been made public by the Church with today’s announcement. Episode 1 begins with the fundamental safety principles—situational awareness, obedience to laws and mission rules, and respect for risks and for the people in the areas where they live.

Additional topics include bicycle, pedestrian, and driving safety and preparation-day safety as well as residential and environmental topics dealing with carbon monoxide, electrical wires, clean water, and food handling. Also addressed are crimes against missionaries (including physical and sexual assault), proper behavior with children, and diet, hygiene, and exercise. 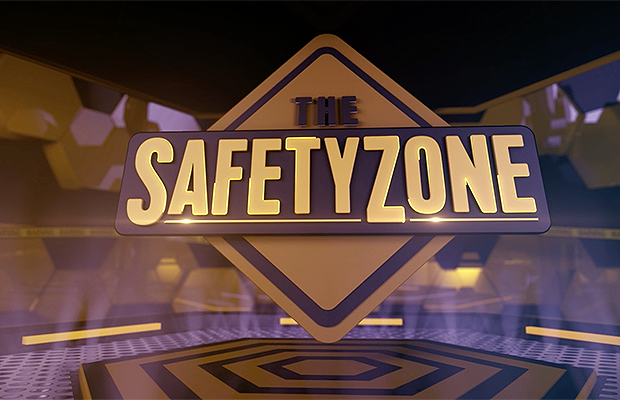 “The SafetyZone” studio logo for the Church’s new series of missionary safety videos, which was released March 1, 2019.

Besides the hosts’ commentary and humorous “highlight” clips, the safety videos feature “Let’s Get Real” segments, real-life experiences told through retelling and reenactments.

“We had some incredible families and missionaries willing to tell their experiences for the benefit of others,” Wade said, adding that some “Let’s Get Real” segments are somber and serious in tone. “Some are very graphic. They were designed to be real, so we show real outcomes.”

In many cases, the missionaries themselves who were involved in the incidents recount what happened, what was learned, and—in some cases—what the individual should have done to avoid the hazard.

The first “SafetyZone” episode—the one available to the public—is designed to be watched by prospective missionaries with their parents after a mission call is received and prior to entering a missionary training center.

During a missionary’s time in the MTC, he or she will rewatch the first video and view the other 11 videos. Missionaries currently serving in the field will also be asked to watch all 12 videos between now and early May 2019.

The following Safety Zone videos have been published in the Media Library:

Throughout their missions, missionaries will receive what Wade calls “micro-learning strategies”—periodic brief reminders via text messages or video clips “that hearken back to the principles in the 12 videos.”

“We felt like we needed to build upon the foundational understanding,” he said. 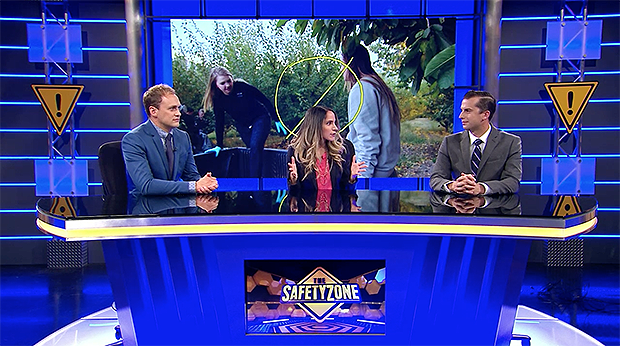 The messages and clips will be available to the missionaries via smartphone or tablet or when using a desktop computer.

Most safety issues involve common sense, said Wade, emphasizing the key principles of awareness, obedience, and respect. “What the missionaries lack the most is experience,” he said.

As an example, Wade points to the segment on safety with electrical wires. While many missionaries have grown up in metro or urban areas where power lines are either entrenched or located high away from possible contact, some may serve in areas where electrical wiring is more exposed and in closer proximity to an individual.

Some safety videos and reminders will be used in some areas more than others, depending on the missionary’s location and local risk factors. For example, missionaries in developing countries may get more reminders on the importance of water filtration than those serving in more developed areas, while those in high-traffic areas may receive more frequent tips on bicycle and driving safety.

Initially available in English, the videos are being translated into Spanish, Portuguese, and French, with other languages to follow. Episodes range from 12 to 29 minutes in length, with the average being about 15 minutes.

In addition to the host commentators, “guest analysts” appearing in video segments include Elder S. Gifford Nielsen, a General Authority Seventy who is an Assistant Executive Director of the Missionary Department, and Sister Bonnie H. Cordon, the Young Women General President who is a member of the Church’s Missionary Executive Council.

Elder Nielsen proves to be a natural fit for the videos’ sports-show presentation style, since he played six seasons as a quarterback in the National Football League and had a career as a television sports anchor.

The video segments were directed and produced by Blair Treu, whose film and TV credits including writing and directing Meet the Mormons, the feature-length documentary produced by The Church of Jesus Christ of Latter-day Saints.

Portraying “The SafetyZone” hosts are Jarom Jordan and Spencer Linton of BYUtv’s BYU Sports Nation and Viviane Quintela, who has worked for Univision.

Using mostly full-time missionaries in the video segments, filming was done in several locations worldwide and using filming locations to double as other areas as well—Jamaica to represent the Caribbean as well as scenes from West Africa, Taiwan for Asia, Hawaii for Polynesia, and Guatemala for Latin America.

The videos have been screened by a handful of focus groups, including missionaries at MTCs and in the field. After sharing the videos recently with missionaries at the Provo MTC, Elder Nielsen said, “There’s always a very prominent point to every one of these videos that’s going to help you, that’s going to keep you safe and keep you focused on what the Lord has called you to do—that is to invite all to come unto our Savior, Jesus Christ.”