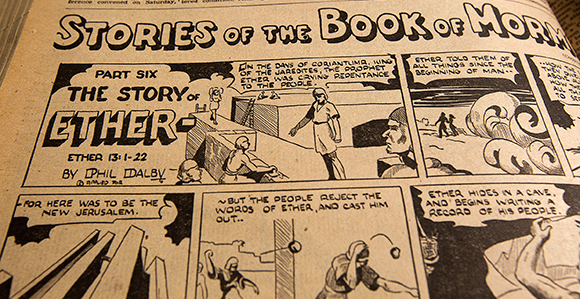 “Stories of the Book of Mormon,” a comic strip seen in this archived 1947 LDS Church News, ran for nearly 20 years.

Each of those iconic characters first appeared, of course, in comic books in the years surrounding World War II. For aficionados of the popular medium, it marked the “golden age” of comics.

But the Dark Knight, the Man of Steel, and the others were not the only heroes making their comic strip debuts. Nephi, Lehi, Alma, Moroni, and other key Book of Mormon figures were also being depicted in comic form in a weekly “picture strip” that premiered in the January 4, 1947, issue of the Church News.

Each week, readers of all ages would await another episode from Stories of the Book of Mormon by artist Phil Dalby. The serial—which ran in the Church News for seven years—marked the first time the Book of Mormon was presented in comic form.

Subscribers were even encouraged to order a commemorative scrapbook—price: 60 cents—and clip and paste each weekly panel. The comic serial promised to be valuable “as a teaching medium in Church classes and in homes.”

Stories of the Book of Mormon was the original confluence of comics and the Latter-day Saint experience. It’s a relationship that has grown and continues today. Brigham Young University’s Harold B. Lee Library is celebrating that connection with its colorful, interactive exhibition Comics and Mormons.

BYU co-curator Trevor Alvord realized the possibility of such an exhibition after visiting Salt Lake City’s Comic Con convention in 2013. He was thrilled to find a broad and prominent Mormon presence at the popular pop culture event.

“Comic Con was filled with LDS artists and writers,” he said.

For almost two centuries, comic strips have been a popular medium of storytelling. It’s no surprise that comics would reach into Mormon genres, he added.

Located inside the library’s first-level L. Tom Perry Special Collections, Comics and Mormons is divided into three sections: (1) why comics matter; (2) Mormons in comics; and (3) the Book of Mormon.

A collection of Brother Dalby’s Stories of the Book of Mormon is displayed in its commemorative Church News scrapbook. There are also original drawings from Mormon artists Brittany Long Olsen and Richard Comely. Sister Olsen told the story of her mission in comic book form in Dendo: One Year and One Half in Tokyo, while Brother Comely created Canada’s first comic superhero, Captain Canuck.

Also featured is Salt City Strangers—the first comic devoted to an all-Mormon team of superheroes. The exhibition also examines the many ways Mormon characters have been depicted in comics produced by Marvel Comic, DC Comics, and other mainstream publishers of the medium.

“We are experiencing something of a Renaissance period in Mormon comics,” said Brother Alvord.

No surprise, Comics and Mormons is designed to be fun and interactive. Visitors can create their own comic art in the exhibition guest book and listen to video interviews of contemporary Mormon comic artists.

The exhibition is free of charge and runs through March of 2017. 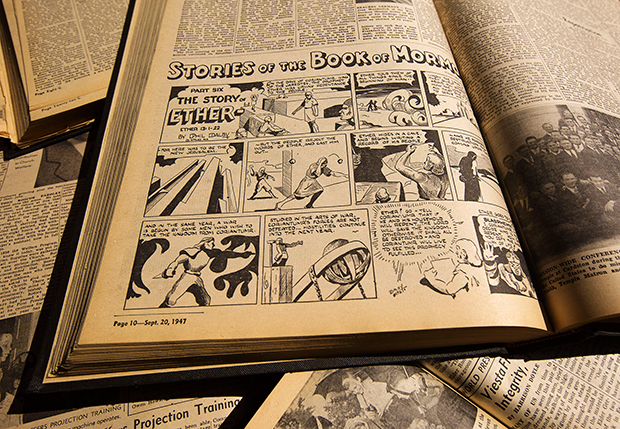 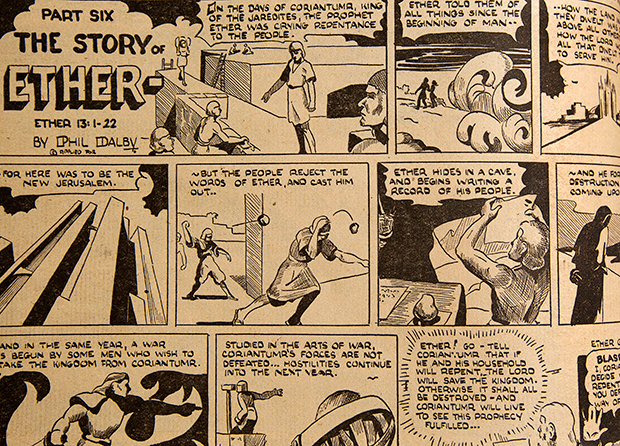 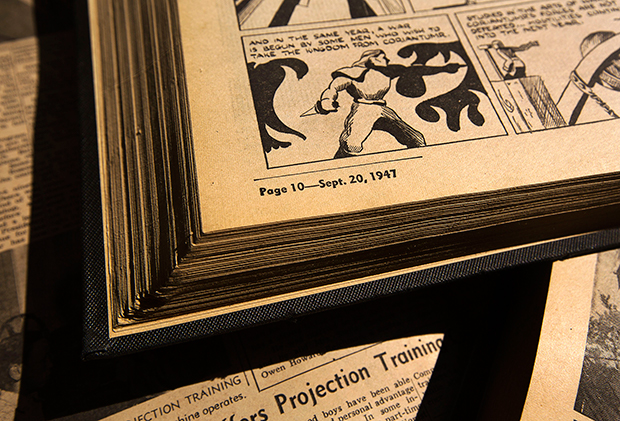 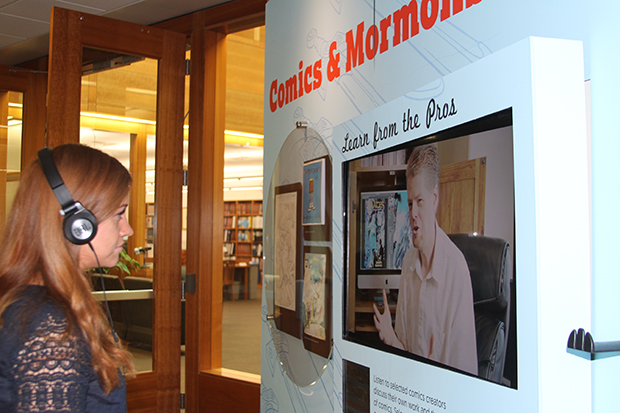 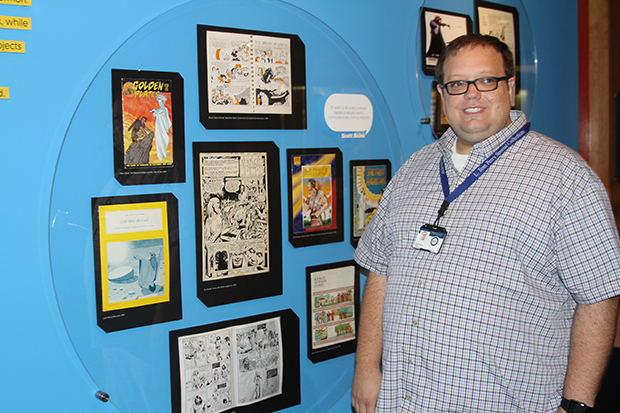 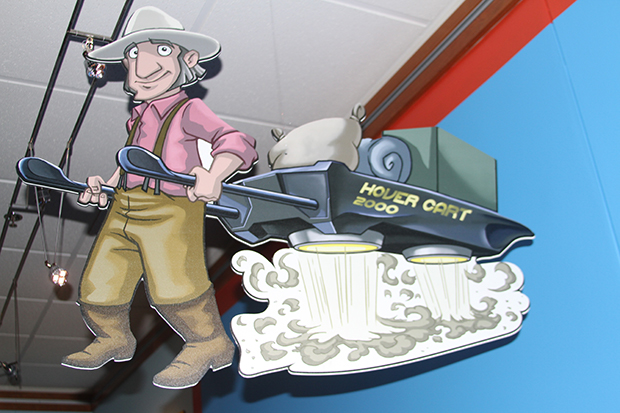 Fun comic image about a Mormon pioneer with a hover craft handcart. Photo by Jason Swensen. 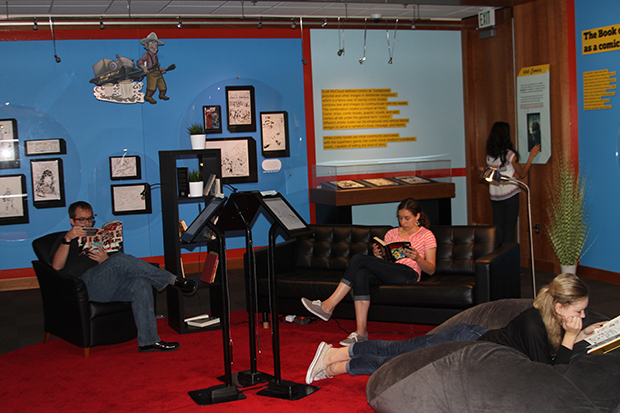 BYU students enjoy the visitor-friendly atmosphere at the Comics and Mormons exhibition at the school’s Harold B. Lee Library. Photo by Jason Swensen.