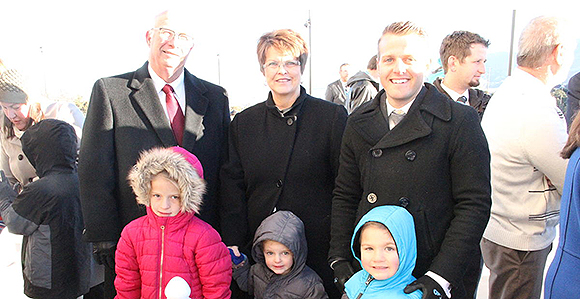 Left, Chris and Karen Shepherd wait with their grandchildren, Kenzie, 6, and Luke, 3, with Jeff Thomas, right, and his son Grant, 6, for the cornerstone ceremony to begin for the Cedar City Utah Temple on Sunday, December 10.

“The whole region is filled with devoted, faithful people who are going to be blessed by this temple. It is their faithfulness that has justified building it.” —Elder Jeffrey R. Holland of the Quorum of the Twelve Apostles

Descendants of pioneer settlers—sent south by Brigham Young in the 1850s to mine iron deposits in the hills of what would become Iron County—have been raised with an “iron will.”

For many in these communities, a new temple of The Church of Jesus Christ of Latter-day Saints—the Cedar City Utah Temple—stands as a symbol of that legacy.

Decades ago, Brigham Young talked to early residents of Cedar City about it being the Iron Mission, said President Eyring. “But it was more than that. … The Lord was doing something.”

The Cedar City Temple “is, in a way, a great tribute to the wonderful pioneers who came, who not only pioneered here, but then went on,” he said. “They went in all directions from this place.”

“I pray the blessings of the Lord upon you, for your goodness and your faithfulness,” President Eyring told the crowd. “I know that this house will be a blessing to all of you, to your families and for the generations.”

“You have faithful people in Beaver and Panguitch, in Panaca and Parowan, and many other communities,” he said. “The whole region is filled with devoted, faithful people who are going to be blessed by this temple. It is their faithfulness that has justified building it.”

When Sage Platt looks at the new temple, she thinks of her great-great-grandfather Henry Lunt, the first person named to settle Cedar City.

His statue stands today on Main Street in the community. But Platt feels closer to Henry Lunt in a field he once owned. From there she can look up at the new temple. “I can feel the dirt they tried to cultivate, and I can stand in that field of alfalfa and see what they dreamed about,” she said.

The temple completes the early founders’ vision of Cedar City, she said.

From its early roots, Cedar City—and the communities that surround it—continue to foster a culture of education and music. More than 8,000 students are currently enrolled in Southern Utah University, and thousands are drawn to the city each year to watch the Utah Shakespeare Festival.

The program featured more than 3,700 youths paying homage through music and dance to the area’s rich heritage and culture. 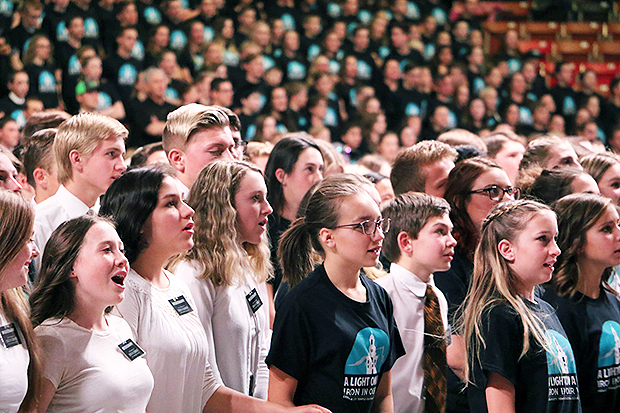 Early settlements in the area were dependent on unstable water sources and were built in areas with rocky soil and limited timber. Settling southern Utah was “beyond hard work,” said Richard Saunders, dean of library services at Southern Utah University.

“Survival was their biggest focus, and they suffered,” said Yardley. “This climate is not the best to grow something in. They grew something that mattered—children.”

As a result, many residents of cities in the temple district are second- and third- and fourth-generation southern Utahns.

Kerry Jones, a former Cedar City mayor and city council member, said the temple is a tribute to the lives of his father and grandfather. Jones was born in Cedar City in 1929. His father, Lehi M. Jones, was born in 1890 in the city; his grandfather Lehi W. Jones moved to the city at age 9.

His ancestors sacrificed, “and he never forgets that,” said Jones’s wife, Sue. “He feels a debt to them.”

That is why Jones is so happy to see the temple honor the pioneers in design and decor—drawing upon the rich colors and textures of southern Utah, incorporating native flowers and juniper berries.

“It looks like a pioneer temple,” said Elder Holland. “They’ve had a pioneer’s touch on some of the wood and the craftsmanship.” 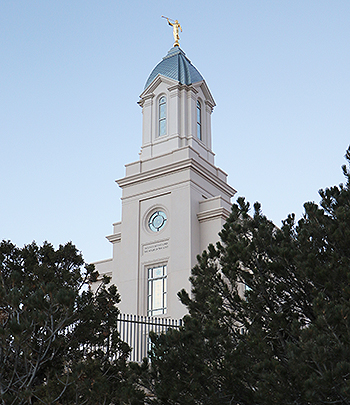 During a three-week open house in October and November, more than 187,000 people visited and toured the temple. (See related story.)

Cedar City resident Janet Carver was there to help every day she could—working security shifts or directing traffic in the parking lot.

Carver lost her husband, Alan, two years ago in a plane crash. Before he died, the couple would regularly fly over the temple site and take photographs of the construction. “I have always loved the temple, but it has taken on added meaning now that Alan is on the other side,” said Carver.

For Ashlyn York, 14, of Cedar City, participating in the temple open house, youth cultural celebration, and dedication will be something she can pass on to the next generation—just as pioneer values were passed to her. “We can tell our kids about this, and they can tell their kids,” she said. 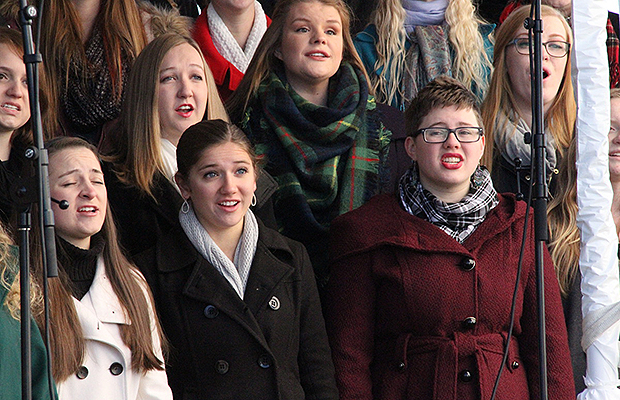 A choir comprised of members of a young single adult stake at Southern Utah University performs at the cornerstone ceremony for the Cedar City Utah Temple dedication on Sunday, December 10, 2017. 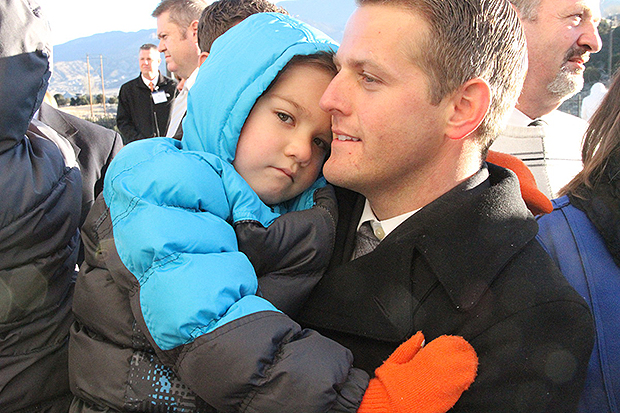 Jeff Thomas and his son, Grant, 6, wait for the cornerstone ceremony to begin for the Cedar City Utah Temple on Sunday, December 10, 2017. Photo by Sarah Jane Weaver. 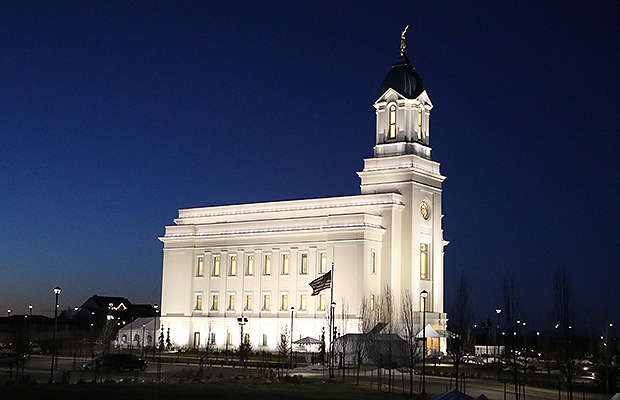 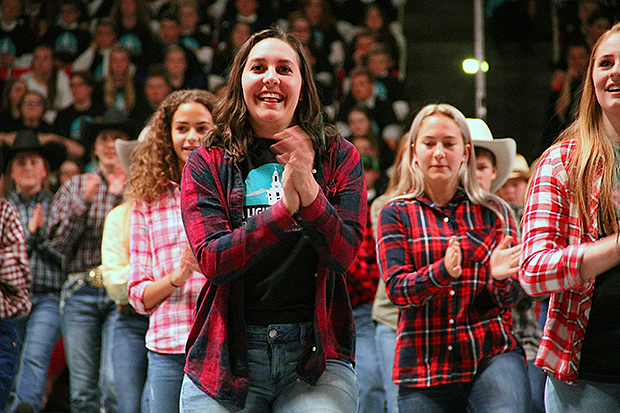