“I hope that we will see these talks and this wisdom coming into our curriculum and that we will see people using these women’s words and becoming more aware of women’s theological, spoken contributions to the Church.” —Kate Holbrook, coeditor

At the Pulpit: 185 Years of Discourses by Latter-day Saint Women went on sale in bookstores February 27.

Comprising 54 discourses from the Church’s early days to now, the book includes representative addresses from each decade from the period. Many of the speeches have never before been published or accessible.

Kate Holbrook, who coedited the volume with Jennifer Reeder, said the idea originated with a conversation she had with fellow Church historian Jill Mulvay Derr, in which the two women expressed a desire that there be something of a women’s Journal of Discourses, an allusion to a famous 26-volume compilation of early Church leaders.

Sister Holbrook said the title was carefully chosen. “We think the ‘At’ is important,” she said in an advance interview, explaining that it at once conveys the immediacy of the women expressing themselves in front of congregations.

“That thought just sort of simmered, and then, when we brought Jenny onto the team, we talked with her about it, and we were both really excited about the idea and decided to pursue it.”

She said she and Sister Reeder searched old minute books, newspapers, online recordings, and every source where they could find talks by women that had been recorded throughout Church history.

“Then we looked for those that we felt really were powerful, that had good theological analysis in them, that when you finished reading them, you thought, ‘I want to post this quotation on Facebook,’ or ‘I want to go call my mom and tell her about this quotation.’ Those were the talks we used.”

Sister Reeder added, “We also wanted to represent women throughout the history of the Church, so we tried to choose a couple from every decade.”

The two editors acknowledged they quickly found an embarrassment of riches.

“I would say the first decade was tricky, the 1830s; but after the 1840s and especially from the 1860s on, when the Relief Society was reorganized in Utah officially by Brigham Young, we got a ton of material,” Sister Reeder said.

Sister Holbrook said topics reflect a broad diversity, all pertaining to the gospel of Jesus Christ.

“One of the really outstanding discourses, I think, is by Francine Bennion, given at a BYU women’s conference,” she said. “In my view, it’s the best Latter-day Saint explanation of theodicy, or suffering, that I’ve come across.”

For her part, Sister Reeder said her favorites come from addresses with memorable stories behind them.

She mentioned one by Jane Nyman, who was baptized with her husband in western Pennsylvania. They went to Nauvoo, Illinois, in 1840 to be with the Latter-day Saints. He died within a few months of moving there.

“She had a second husband, who died soon after their March 1844 marriage, and she lost four of their family members within that year,” Sister Reeder recounted. “She had to provide for her family, and they suffered from poverty and destitution. In fact, the Nauvoo Relief Society minutes mention how they needed to help the widow Nyman.”

In May 1842, two of her daughters had to testify before the Nauvoo high council about some improper activities they engaged in with Chauncey Higby. Because of this circumstance, Sister Nyman was denied membership in the Relief Society when she applied later that summer.

“But she never became bitter,” Sister Reeder said. “She never gave up. She stayed with the Church. She traveled to Utah with another daughter and her family. She nursed the sick during a cholera epidemic on the plains. She really believed that if she did all in her power to save others, that the Lord would spare her.” 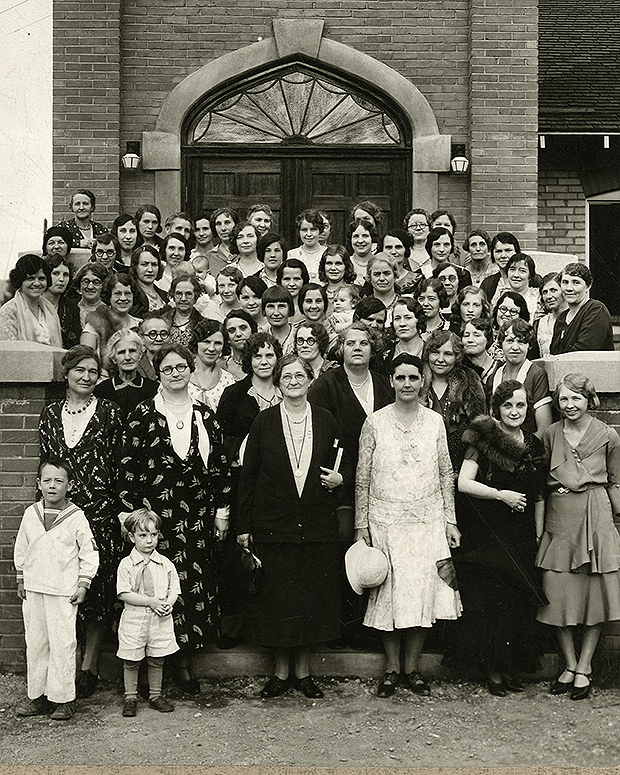 Amy Brown Lyman at Social Service Training in Anaconda, Montana. Circa 1920. Lyman, bespectacled in the center of the front row, became a trained social worker after formative visits to Hull House in Chicago and was a leader in implementing social service work within the Relief Society. Lyman served on the Relief Society General Board for 36 years, including her time as General Relief Society President. Courtesy Church Historian’s Press.

Sister Nyman became the first Relief Society president in Beaver, Utah, and gave a talk soon after her release, one of the talks published in the new book. She spoke on the subject of charity and encouraged the Relief Society sisters to be forbearing and forgiving. 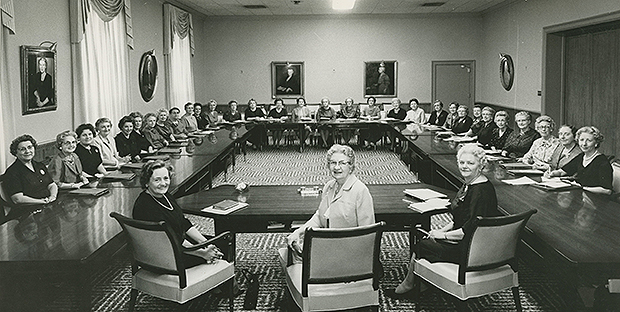 “That story and that speech give us so much more depth in understanding her,” Sister Reeder remarked.

Sister Holbrook said she can’t pick a favorite, because she loves all the discourses in the book.

“One that has been really important to my development as a thinker is a discourse by Jutta Busche, a German woman who joined the Church with her husband, Enzio, in Germany,” she said. “Her husband was made a General Authority, and when she moved to Utah, she had a bit of a culture shock. She started to question who she was. The way she was being a disciple of Christ looked different than the way all of her neighbors were being disciples of Christ. 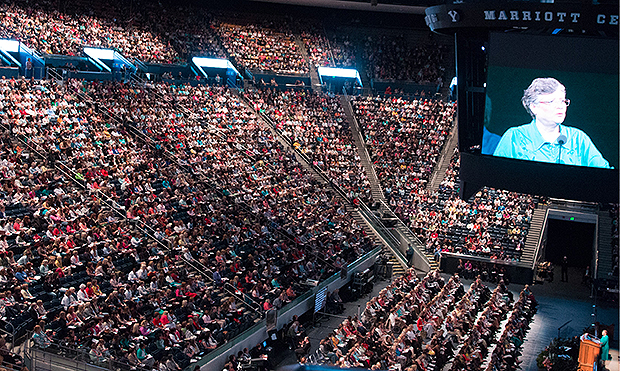 “Their examples were a little overwhelming. They had twice as many children as she did. They were involved in the PTA. They were doing fundraising. They were climbing Mount Timpanogos. They were writing in their journals and reading their scriptures and doing scrapbooking and making elaborate centerpieces, even when they taught Relief Society lessons. She had to go to God to figure out what her discipleship would look like and feel good about the fact that it might look different than that of her neighbors.”

Sister Holbrook said she believes Church members will love the book for what it teaches about discipleship.

Sister Reeder said she loves the diversity of the collection. “We have women of all different ages, educational backgrounds, and socioeconomic classes. Some of the women have been divorced, some are plural wives, some are single, some have never had children. It shows that all have something to say, based on their knowledge of God and relationship with Him and other people.”

Learn more about At the Pulpit.