Life in the NBA can test the mettle of any professional athlete, but for Mark Madsen, now an assistant coach for the Los Angeles Lakers, it presented golden opportunities to build his faith and spirituality.

A member of the Church, he was a guest speaker on June 15 at the Los Angeles Temple Visitors’ Center’s “Why I Believe” series.

Much to the delight of his audience, he passed around Shaquille O’Neal’s size 23 shoe as well as his own two NBA championship rings he won while playing for the Lakers.

He said when he drove up to team headquarters in a minivan after being drafted by the Lakers, Shaq gave him some simple counsel before a big playoff game. Brother Madsen’s repetition of that counsel—“don’t try and do too much, but don’t try and do too little”—brought laughter from the crowd.

Brother Madsen’s decision to leave the NBA after nine seasons with the Lakers and the Minnesota Timberwolves was due in part to the aftermath of a dust-up with a Minnesota teammate during practice. Instead of letting the incident simmer, he met with the teammate and smoothed over their differences.

Years earlier, a similar episode during a Lakers practice also led to reconciliation—a step he said he took after seeking a priesthood blessing while searching for peace of mind.

Quoting the book of Samuel, Brother Madsen said just as the Lord spoke to Samuel and called him to be a prophet, God speaks to everyone and will be a constant and loving guide if they listen and obey. He asked the audience to “press forward with a perfect brightness of hope” even when life’s journey seems uncertain and confusing. He shared the ups and downs he encountered after leaving the NBA—including a brief stint as a coach in the NBA’s D League—as he searched for new career opportunities.

But he said the setbacks led to greater patience and faith. During that time, he started a new routine of typing out scriptures on paper, placing them in a plastic cover sheet, and memorizing them in the shower.

As a brother to nine siblings, he said scripture study was a common practice in his home growing up and the family’s favorite verse was Doctrine and Covenants 82:10—“I, the Lord, am bound when ye do what I say.”

To accommodate the audience, two back-to-back devotional sessions were held at the visitors’ center. 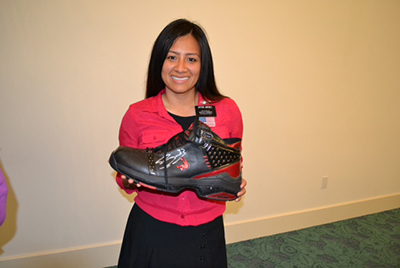 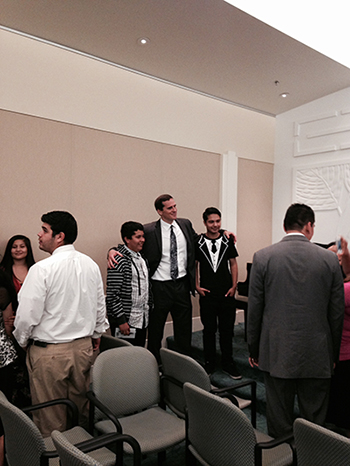 Mark Madsen poses for a photo with two young men who attended the event at the Los Angeles Temple Visitors’ Center. Photo by Carolyn Chandler. 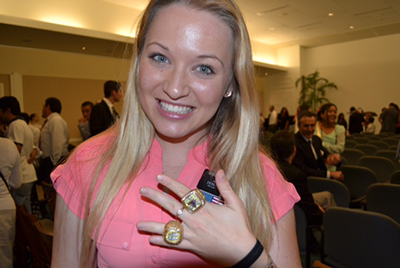