When asked if he would ever do a community project again with volunteers from The Church of Jesus Christ of Latter-day Saints, the mayor of National City, California, Ron Morrison, said, “In a heartbeat.”

National City borders San Diego in Southern California. A modest, mainly low-income area, it is most often discounted for its lack of “flash.” Unlike San Diego, National City does not entice visitors with any tourist attractions or sites of note. In fact, it is an old, densely populated workingman’s city with a diverse population of immigrants, seniors, and assorted folks, many of whom have lived in National City their entire lives.

Despite National City’s lack of luster, Mayor Morrison had a shining and ambitious vision to cultivate a culture of community service among the city’s residents, businesses, and city staff. Mayor Morrison was convinced that through community service, every resident could become unified and grow to care about where they live and work. When he met Clarke Fowers, his vision became a working model for cities everywhere.

Clarke Fowers is the director of public affairs for the San Diego California Sweetwater Stake. Brother Fowers proposed a Mormon Helping Hands Day of Community Service, which city officials felt aligned with Mayor Morrison’s city-wide vision. Planning began immediately, including the involvement of city staff, with input from city council members and many other city stakeholders and residents.

The end result? Twenty-seven various projects involving hundreds of volunteers throughout the city and in the city center in Kimball Park. Mayor Morrison declared the April 26 event National City’s First Annual Day of Community Service with plans on making this project an annual tradition.

The mayor was there all day with a shovel, a rake, a broom, or a paintbrush, working alongside the myriad volunteers. City firefighters barbecued a free lunch of burgers and hot dogs for the volunteers. Off-duty police officers and assorted city employees also volunteered. Nonprofits and members of various churches pitched in, as did students from San Diego State University. Volunteers painted murals and applied mosaic tiles, cleaned creeks, beautified parks, and spruced up the library and aging senior center with a fresh coat of paint. They planted flowers and shrubs and built several new permanent structures to beautify the city.

City manager Leslie Deese was thrilled. “I am so excited to be a part of this event,” she said. “As both a resident of National City and as the city manager, I am beyond proud of this collaboration with the LDS Church. I can’t thank you enough for making our community better and brighter.”

City councilmember Jerry Cano said, “Look, I’m for the people. I don’t care about being famous or being in front of the camera. I just want to work side by side with the people of National City in projects just like this. This project is great!”

By the end of the eight-hour project, Brother Fowers and Mayor Morrison were still working and were the last to leave. Mayor Morrison's parting words were, “If you guys want to return to work with us, the city will pay for all the materials and supplies. We will do everything we can to help make this happen every year.” 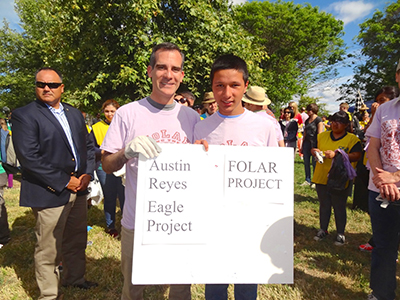 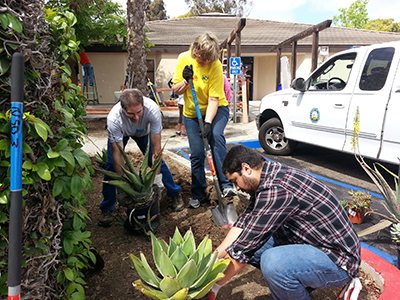 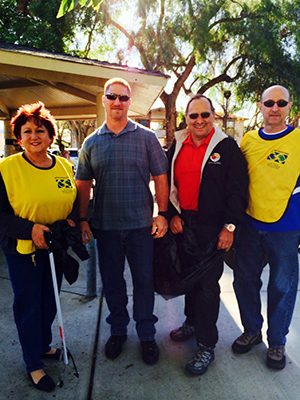 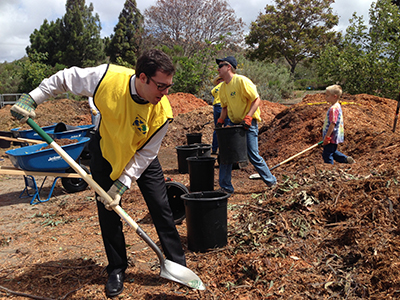 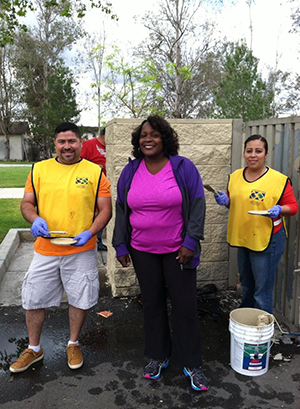