Contributed By Music & the Spoken Word

Editor’s note: “The Spoken Word” is shared by Lloyd Newell each Sunday during the weekly Tabernacle Choir at Temple Square broadcast. This was given September 29, 2019.

We all have gifts and talents that can make a positive difference in the world. Everyone excels at something, though it’s easier to notice excellence in others than in ourselves. But there’s one thing we can all be good at: kindness. When the world spreads ugliness, we can spread a little beauty. In the face of anger and hatred, we can offer gentleness and love.

It was once said of a man who became a great spiritual leader: “He lacked the prowess to be an athlete, . . . he was too homely to win popular favor, and . . . his weak eyes prevented him from becoming a scholar, but he could excel in human kindness. So, he made kindness his specialty” (Merlo J. Pusey, Builders of the Kingdom [1981], 301). He had written a personal creed for himself, and it included these words: “I would be a friend to the friendless and find joy in ministering to the needs of the poor. . . . I would not knowingly wound the feelings of any, not even one who may have wronged me, but would seek to do him good and make him my friend” (Teachings of Presidents of the Church: George Albert Smith [2011], 1). That humble man was George Albert Smith, who became President of The Church of Jesus Christ of Latter-day Saints seven decades ago.

There are many stories about George Albert Smith that illustrate his excellence in kindness; here’s just one:

On a hot summer day, some workers were repairing the street outside President Smith’s home. As the work got harder and the sun got hotter, the workers became increasingly vulgar and offensive in their language. Soon one of the neighbors approached and scolded them, but of course that didn’t help—it only inspired a longer, louder string of obscenities.

Meanwhile, President Smith was in his kitchen. In a few minutes he emerged with a pitcher of lemonade and some glasses on a tray. He said to the workers, “You look so hot and tired. Why don’t you come and sit under my trees here and have a cool drink?” The workers gratefully accepted his offer. Later, when they returned to their work, they did so respectfully and quietly (Teachings: George Albert Smith, 223).

What he offered was simple, timeless, and powerful. When all is said and done, the greatest thing we can do is excel in human kindness.

The Music & the Spoken Word broadcast is available on KSL-TV, KSL radio 1160 AM/102.7 FM, ksl.com, KSL X-Stream, BYUtv, BYUradio, BYUtv International, CBS radio network, DISH Network, DIRECTV, SiriusXM radio (channel 143), and The Tabernacle Choir’s website and YouTube channel. The program is aired live on Sundays at 9:30 a.m. on many of these outlets. Look up broadcast information by state and city at musicandthespokenword.org. 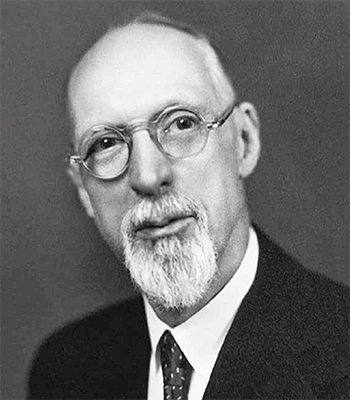 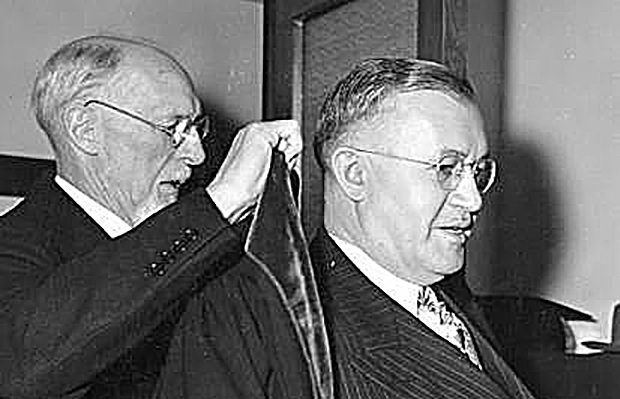 A. Ray Olpin is shown here being aided by Church President George Albert Smith in donning his academic robe. Olpin was president of the University of Utah from 1946 to 1964. Photo courtesy of Utah State Historical Archives.