A man armed with a knife entered the Brazil Missionary Training Center in São Paulo Wednesday morning, February 5. The intruder was shot and killed by police.

According to a statement from Nei Garcia, Brazil Area director of public affairs, none of the missionaries or MTC staff were harmed during the incident.

Security guards detained the man near the reception desk until police arrived. “At some point, when the intruder attempted to attack police, he was shot and killed by police,” Garcia said. 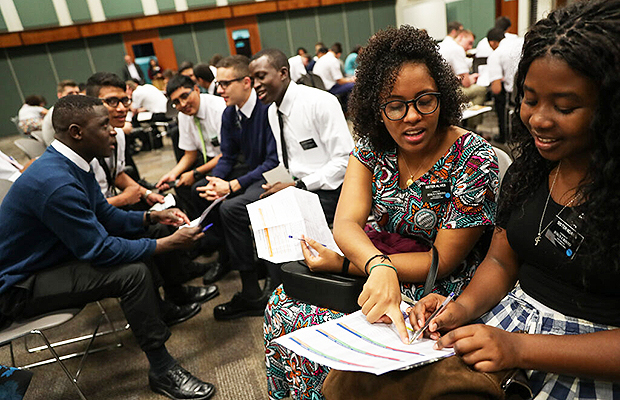 Sister Graziele Lima Alves and Sister Fátima Luis Ndava work on a lesson together at the Missionary Training Center in São Paulo, Brazil on Thursday, May 24, 2018. Photo by Spenser Heaps, Deseret News.