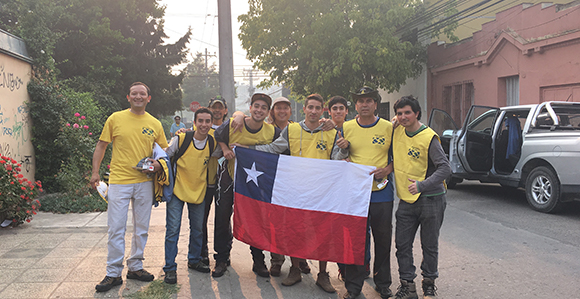 Latter-day Saints in Chile have stepped up to help in various ways during what’s being called the worst wildfire season in the nation’s history.

In recent weeks more than 90 blazes have scorched nearly a half-million acres, razed hundreds of homes, turned village schools to ashes, and destroyed cattle herds and vineyards, according to The Guardian.

Four firefighters were killed fighting the flames, which erupted in regions across central and southern Chile. Wildfires are normal during Chile’s hot, dry summers—but this season has reportedly been “exceptionally fierce and destructive.” Summer in the Southern Hemisphere is from December through February.

The massive fires have prompted a large international response. Several nations from South America, North America, and Europe have assisted in the repression efforts.

Meanwhile, members are donating time and muscle on several fronts. On January 27, a representative of the Church participated in a gathering of religious leaders convened by Chile President Michelle Bachelet.

The president reported on the progress of the fire relief efforts and appealed for spiritual and temporal support for the many victims of the disaster.

Mormons living in fire-weary areas and across the country have answered the call to help, participating in a variety of relief projects.

Missionaries and members in yellow Mormon Helping Hands vests have worked alongside their neighbors—removing debris and collecting and distributing relief provisions. One stake in the agricultural region of Talca, for example, helped clear debris in the blackened Rinconda sector. Others have manned storage centers being utilized in ongoing relief efforts.

In other areas of Chile, members are collecting food, diapers, and water and donating time at gathering centers. Emergency committees are also functioning in several Chilean stakes to plan and coordinate future relief projects in the various regions devastated by the blazes.

Members in Chile found comfort in the recent visit of Elder Gary E. Stevenson of the Quorum of the Twelve Apostles. The Apostle delivered a message of love and support from the First Presidency: “On behalf of the First Presidency and the Twelve, we express our love, compassion, and concern for the welfare of all those who have been so deeply affected by the many fires that have spread in Chile. We pay close attention to one of the responsibilities divinely assigned to us to care for the poor and needy.

“We will continue to look for ways to reach out to our needy brothers and sisters and encourage you to do so too.”

Chile is home to more than a half-million members and is part of the South America South Area. 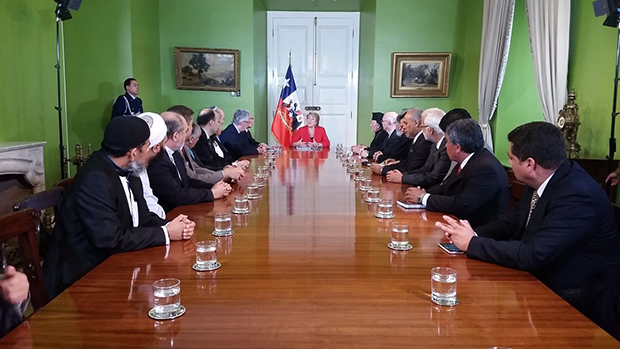 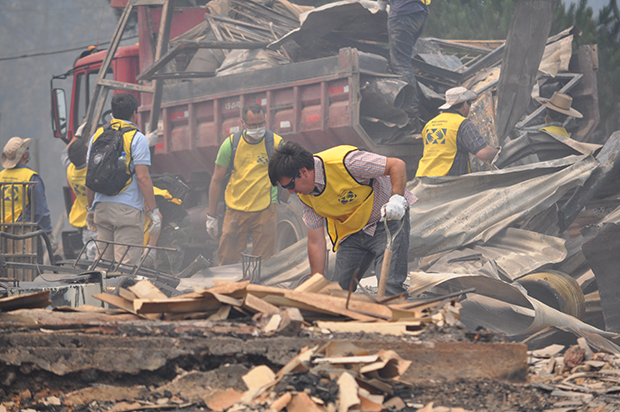