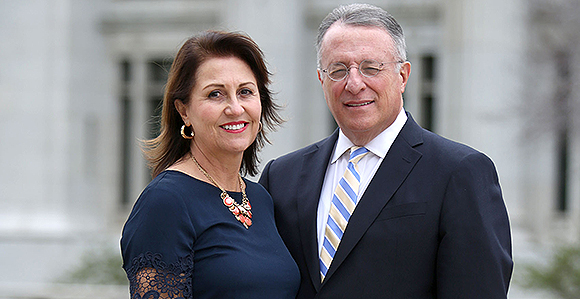 Elder and Sister Soares’s partnered dedication to the Lord has defined their adult identities. Now, with Elder Soares as an Apostle of the Lord, the team is testifying of Jesus Christ around the world.

“We are simple people, but we are available to serve in the Lord’s kingdom, no matter the calling.” —Elder Ulisses Soares of the Quorum of the Twelve Apostles

A son of South America now sits for the first time in the Quorum of the Twelve Apostles.

That historic fact works as a first-day news headline—and Elder Ulisses Soares is quick to say he’s grateful to hail from a land “where the gospel is growing and the Lord is bringing so many blessings to our people.”

But the 59-year-old said he won’t be compartmentalized. His apostolic calling, he said, knows no borders. Like his counterparts from ancient and modern days, his new ministry is a global charge.

“I was called to be a servant, a representative of Jesus Christ, and Apostle,” he said a few days after he was sustained to the Quorum of the Twelve Apostles on March 31. “It so happens that I am Brazilian and from South America—but I could be from anywhere in the world.”

Elder Soares was settling into his new office at the Church Administration Building when he spent a few minutes with the Church News. While reflecting on his new, worldwide calling he uttered the word “overwhelming” several times.

Seated at his side was his wife, Rosana Fernandez Soares. They served at the same time in the Brazil Rio de Janeiro Mission and began dating following a chance meeting at a stake dance in São Paulo after Sister Soares had completed her missionary service.

Their partnered dedication to the Lord has defined their adult identities. The couple rarely says “I” and “me” when discussing their respective lives—opting for the pronouns “we” and “us.”

“We feel very unqualified, but we will do what the Lord asks us to do,” he said.

Sustaining and working alongside her husband “is a marvelous privilege to serve God—He has done everything for us,” added Sister Soares.

The Soares’s companionship changed forever during an office visit with President Russell M. Nelson a few days before general conference.

“President Nelson walked in and his eyes were very penetrating,” said Elder Soares. “He sat down in front of us, knee to knee. He held my hand and my wife’s hand … and then he extended the call. He told us the Savior wanted to me to serve as one of His Apostles.”

It was a humbling moment. Emotions gripped the couple. They didn’t feel up to the task.

“But President Nelson was so kind,” said Elder Soares. “He told us the call is not about us but about loving and serving, being a representative of Jesus Christ.”

A prophet’s clarifying words immediately instilled comfort and confidence. They understood God qualifies whom He calls. “We are simple people,” said Elder Soares, “but we are available to serve in the Lord’s kingdom, no matter the calling.”

Elder Soares’s 13 years as a General Authority, including his most recent tenure in the Presidency of the Seventy, has made him the public face of the family. But he knows even the most prominent ship drifts without an anchor.

“Any good thing that happens in our lives is because of my faithful and loving wife,” he said. “She’s devoted to Jesus Christ and His Church. … She is our mentor and blessing.” 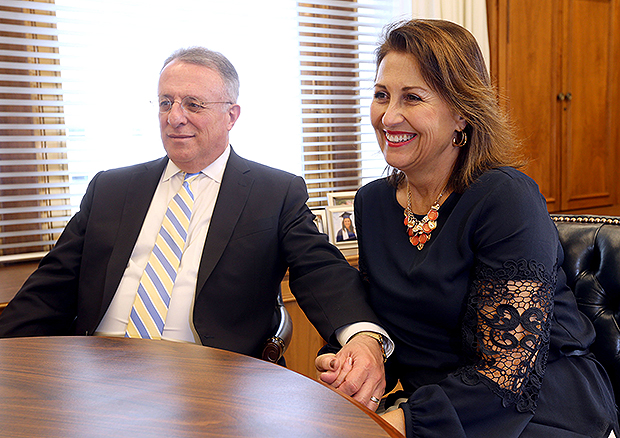 Elder Soares brings rich professional and ecclesiastical experience to his new calling. He received an undergraduate degree in accounting and economics from the São Paulo Pontifical Catholic University, School of Economic Science, in 1985 and later received a master of business administration degree. He was an accountant and auditor for multinational corporations in Brazil and, later, director for temporal affairs in the Church area office in São Paulo, Brazil.

Besides his native Portuguese, he speaks English and Spanish.

Elder Soares’s service in the Seventy afforded several opportunities to work closely with members of the Twelve he now counts as associates. He said he has learned from their instruction and example. He’s watched as the Apostles and their wives travel across the world, endure flight delays and travel hiccups, hustle from airports to hotels for quick showers—and then rush to be with members and missionaries who are eager to hear from the Lord’s “special witnesses.”

The latter-day Apostles, he said, “give themselves to this cause because of their testimony of Jesus Christ. It is beautiful to see.”

Last June, Elder Soares dedicated the Sixth Crossing Visitors’ Center in western Wyoming. He stuck around for a few hours afterward to enjoy dinner with the senior couples serving missions at the pioneer-themed locale.

One of the missionaries asked their visitor about dealing with the often-hostile online discussions about the Church, its leadership, and its history.

His five word response: Read the Book of Mormon.

It’s the same apostolic guidance he says he would give any of the Church’s 16 million-plus members when their faith buckles a bit. “When you study the Book of Mormon, as our prophets have taught, you receive the influence of the Lord,” he said.

It is a vehicle to the divine, a catalyst for personal revelation. “And if you feed your faith through revelation you will not fall away,” he said. “You just keep going, and you will feel the love of the Lord encircling you.”

The gifts of the gospel are as certain as a mathematical equation, said Sister Soares. Just as 2+2 always equals 4, prayer+scripture study+temple worship+sacrament meeting attendance always add up to blessings.

“If you consistently do the simple things, you will be blessed,” she said. 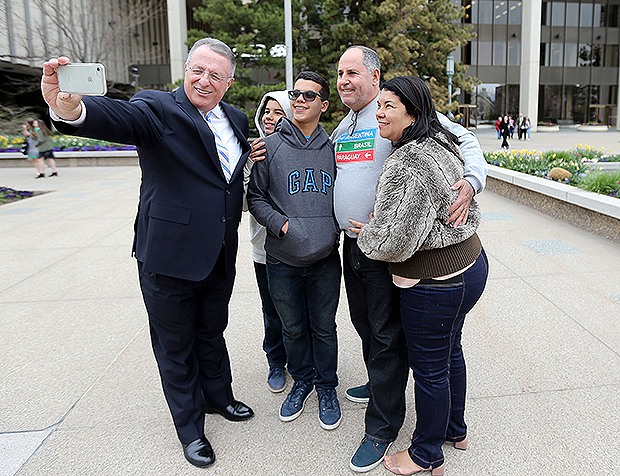