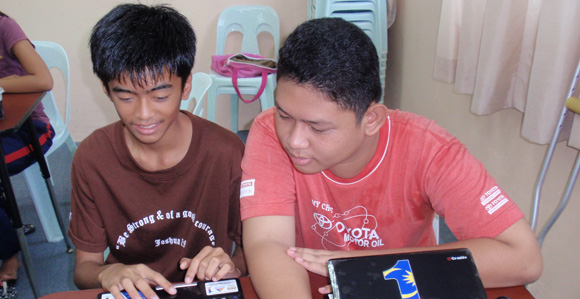 Youth in Bintulu enter family history names on laptops provided from school. The work is important because the history of many East Malaysians is based on oral histories.

“We take this seriously because we know how important it is … for families and their ancestors … to know the gospel of Jesus Christ.” —President Ravinder Singh, Tanjung Kidurong Bintulu Branch president

In their free time their favorite gathering place is the branch meetinghouse. Here they have access to the cultural hall for activities, the library and wireless internet for study, and the branch's pianos (they love to sing and dance).

A recent effort to engage youth in family history work began when a senior missionary couple, Brother Orie Orien and his wife, Sister Ruth Orien, learned that the history of members from the original tribes of East Malaysia was based on an oral traditions with few, if any, written records. And when the oldest member of the family died, they often took the names of their ancestors with them to the grave. Many with whom the Oriens met did not know the names of their grandparents.

In a push to record family histories, the Oriens decided to use the Gawai’i Dayak festival—a festival of the rice harvest—to encourage members to harvest their family names. During this celebration, families return to what is called a longhouse—literally a long building that can house dozens of families. Each family has a separate door to enter their living quarters (called a “bilik”), which are built next to each other in a long row under a common roof, and there is a covered veranda (called a “ruai”) that extends the entire length of the longhouse. Here they can listen to their elders share the folklore of their ancestors and record their names.

The Oriens enlisted the help of the youth from three branches in Malaysia and distributed family tree sheets. The youth went out to the homes of the members to help record the names of the families, with the goal of eventually taking these names to the temple.

Shortly after they began family history work, some of the teens’ schools provided laptops that they have been able to use to further the progress of family history. Using the wireless Internet at their meetinghouse, they access ChurchofJesusChrist.org and family history sites. 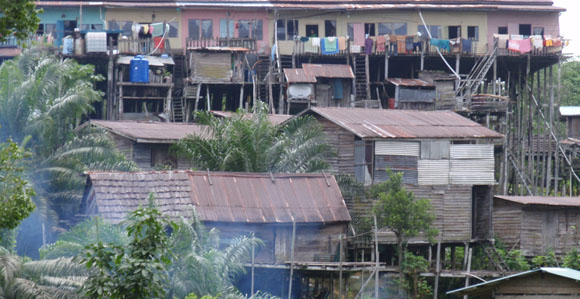 Members return to longhouses during the Gawai Dayak festival. Here they can gather, or harvest, names of their ancestors from their elders. Photo by Ruth Orien.

In the Tanjung Kidurong Bintulu Branch, President Ravinder Singh, known as “President Jack,” has encouraged the youth to be involved with family history.

“We take this seriously because we know how important it is to get the names in for families and their ancestors so they will be given a chance to know the gospel of Jesus Christ,” President Jack wrote in an e-mail.

On Saturdays, Sungai Plan youth head to their meetinghouse, fire up their laptops, and work on family history.

The youth began meeting regularly once a week at the meetinghouse for two hours for family history work, learn English, or train as branch missionaries. 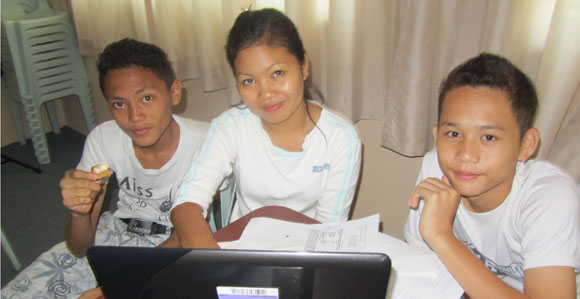 With the help of full-time senior missionaries, youth in Malaysia enter names during one of their Saturday afternoon meetings at the chapel in Bintulu. Photo by Ruth Orien.

The youth in the Tanjung Kidurong Bintulu Branch began bringing family history sheets to the homes of members of the branch.

Similar to an emergency action plan, President Jack encouraged youth under his leadership to enter their own family names first and then reach out to help others.

President Jack and the youth visit members of the branch and enter their ancestors’ names into the family history site. They have a goal to enter the names from their branch by the end of 2012. 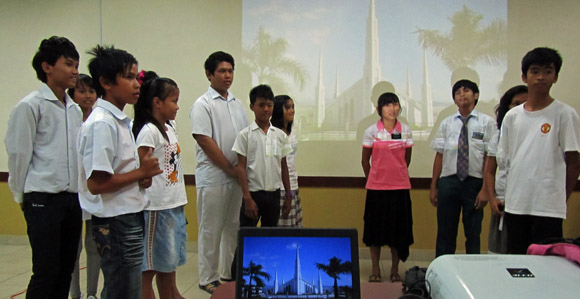 An important resource for family history work in East Malaysia comes from the books of Benedict Sandin, who spent his life writing about the people who migrated to East Malaysia. In one of his books he details the genealogy of 50 different family groups. The youth in Bintulu were able to use this information in helping members submit their own family names for temple work.

“The family history program was one way for the youth of Tanjung Kidurong Branch to both learn and give a valuable service at the same time,” Sister Yeates said.

As within many cultures throughout the world, it is not always easy to be a member of the Church, Sister Orien said. However, the youth in the Church here are anxiously engaged in their faith and enjoy providing service through family history work. 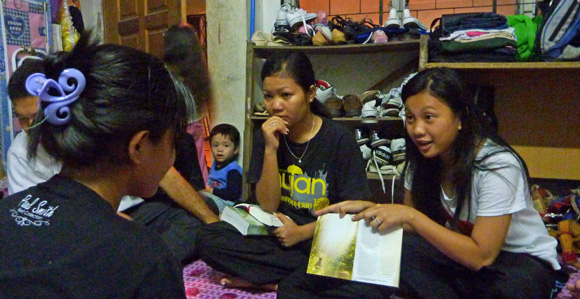 Branch missionaries and family history consultants teach missionary lessons to a young woman in their branch. Photo by Ruth Orien.