Looking Back: President Monson Had “a Bishop’s Heart” 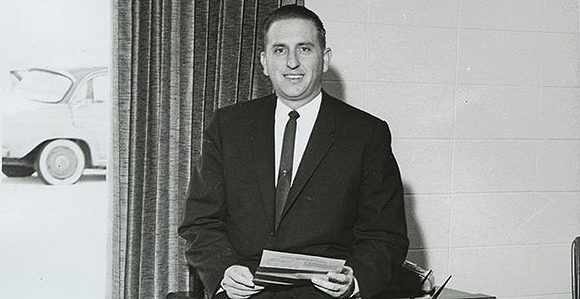 President Thomas S. Monson always had the heart of a bishop. When he was bishop of the Sixth-Seventh ward, 1950–55, he had responsibility over slightly more than 1,000 members.

Although he served as a General Authority for 54 years—almost 10 of them as President of the Church, President Thomas S. Monson always had the heart of a bishop. When he presided five years (1950–1955) over the Sixth-Seventh Ward, he had responsibility over slightly more than 1,000 members but he never lost sight of “the one.” I never knew “Bishop Monson,” but I met members who were in his ward and spoke of how he was “always there whenever he was needed.”

I had a fairly close working association with President Monson. He was chairman of the Deseret News Board of Directors and president of the company when I began working at the paper in 1972. I would be hard pressed to say how many times I interviewed him, or how many conversations we had or how many trips I went on with him and Sister Frances Monson.

Many times I witnessed his “bishop’s heart” in action as he took time to visit the bereaved, comfort the dying, cheer up someone who was feeling sad or lonely, and just be a friend to someone who needed a little bit of extra attention and care.

One of my trips with President Monson and Sister Monson was to Casper, Wyoming. When we left Salt Lake City, he talked about the fishing trip he planned to go on in Wyoming with a local member after meeting with Boy Scouts at Martin's Cove.

President Monson had told me in an interview that he had developed “a keen interest in fishing” as a young boy and that it had continued to be a hobby. He was looking forward to spending a couple of hours fishing in a Wyoming stream.

The local fishing partner was waiting for him after our visit to Martin's Cove and then Rocky Ridge. As they were about to head out to the fishing spot, President Monson learned of a long-time acquaintance who was ill. He went to visit that member. After the visit, he resumed his fishing plans. However, he learned of another friend who had some health problems. He paid that person a visit. The rest of the day went on about the same. President Monson would hear of another friend or even a total stranger who would benefit from a visit.

Dark fell and his fishing pole never got near a stream. His “heart of a bishop” simply would not allow him to turn away from “the one” in need.

In an interview in 1985, President Monson told me, “I suppose I still have the heart of a bishop. I have very tender feelings and I’m responsive to people’s needs. Their concerns become my concerns. I have an honest desire to help everybody.”

We all have been tremendously blessed because President Monson had the heart of a bishop.