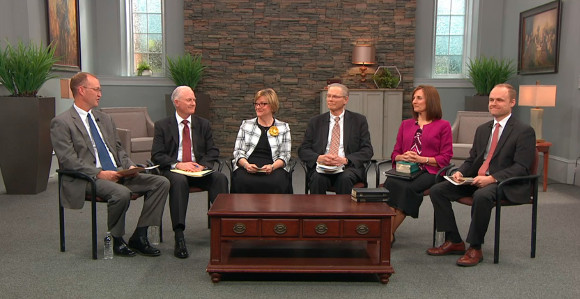 “We are teaching [students] skills that will nourish them spiritually for the rest of their lives, rather than just giving them a scripture to memorize.” —Bonnie L. Oscarson, Young Women General President

For the past 10 years, Richard Dowse has been teaching released-time seminary in Utah County. Whether he is teaching about families, studying the scriptures, or helping students work through a question, he hopes his classroom is a place for students to feel the Spirit as they learn about the gospel.

“Our youth are trying to make sense of things and want to know what to do,” he said. “They want to believe and are looking for understanding to anchor themselves to.”

Often in his classes, Brother Dowse, who will teach at the American Fork High School Seminary this fall, has questions from students about a variety of topics. Although he has addressed questions and concerns many times in the past, this school year will be different, he says, with the addition of Doctrinal Mastery added to the seminary curriculum.

“[The students] need it so much,” said Brother Dowse. “They can’t be passive about their beliefs anymore. And we need to help empower them to find answers for themselves so they are solid in their identity and are able to explain and teach the doctrine to others.”

Brother Dowse is one of the more than 50,000 seminary instructors from 150 countries around the world who listened in—both in the Conference Center Little Theater and by broadcast—as Church leaders and Church Educational System administrators explained the new initiative as part of the 2016 Seminaries and Institutes Annual Training Broadcast on June 14.

“This is revelation,” said Elder Clark in the broadcast. “This is the Lord moving us to a position to educate and develop the rising generation in a more powerful way than we have ever done before.”

Brother Webb led the discussion as the panel shared insights on the recently announced Doctrinal Mastery, explaining how the initiative began and what it means for instructors and students.

“About a year ago I was asked to take a look at how we might help the rising generation better deal with questions that they have about doctrine, about Church history, about their lives,” said Elder Clark.

With that charge, Elder Clark began talking to a number of people, including Brother Webb.

“One day, [Brother Webb] came into my office and he said, ‘I have an idea,’ and we sat down around the table and he began to tell me,” Elder Clark said. “I felt the Spirit of the Lord, and I realized that I was listening to revelation. He proposed this idea of taking the time in seminary that we normally and historically have spent doing scripture mastery and use that time to do something we call Doctrinal Mastery.”

Meant to help students answer questions, to apply the doctrines they learn, and to face challenges they have in their personal life, the new Doctrinal Mastery is a vehicle helping students become deeply converted to the Lord.

“There’s that old example of you can hand a man a fish or you can teach them how to fish, and I think that applies here,” said Sister Oscarson. “We are teaching [students] skills that will nourish them spiritually for the rest of their lives, rather than just giving them a scripture to memorize.”

For Sister Weed and Brother Hedlund, who were both part of pilot programs, the new initiative has helped their students build their foundations of faith and confidence.

“I felt like the format of how the curriculum was written really allows for questions to be asked, and it fosters this discussion of doctrinal questions,” said Brother Hedlund.

A big part of Doctrinal Mastery is the process of learning—using scriptures, words of current prophets, case studies, and real-life scenarios—to come to conclusions. “What we really care about is the process that they go through,” said Elder Clark, “because that is what changes them, it is what converts them unto the Lord as they have private, personal, spiritual experiences. And they will only get that if you go looking for and seeking after spiritual knowledge.”

That spiritual knowledge brings confidence, said Sister Weed. “As students rest on the foundation of doctrinal principles, they have the confidence to go forward and try implementing the ideas they learned in seminary in their real lives,” she said.

It is important for students to take issues or concerns they may have out of a worldly context as they try to understand in the context of true doctrine, said Brother Valetta.

Although expectations for students will change, students shouldn’t be nervous, the leaders said.

After just one day, he said he was blown away at the response he had from students—the level of engagement and participation, but also how many experiences they have already had in their own lives acquiring spiritual knowledge.

“I think they are looking forward to learning the doctrines that are being taught so they can apply [them] to the various situations they have encountered in their lives,” he said.

By looking to the doctrine and diving in to the scriptures, youth are able to learn a pattern for finding answers.

“And the young people will never ever forget that passage as they learn that key doctrinal statement,” said Brother Valetta. “So when somebody asks them ‘Well, how do you know that?’ there are a lot of sources they can go to.” Sister Weed said it is important for teachers to adapt their teaching to the needs of the students.

“We will read questions with them and we will make sure they know and understand the doctrines, and it becomes a really wonderful experience for those kids rather than a stressful or rather than an uncomfortable situation for them,” she said. “Those are my favorite days in seminary, when I get to sit down one-on-one and make sure students understand the gospel of Jesus Christ.”

For many, Doctrinal Mastery is a “step up” from scripture mastery. It is also an opportunity for teachers to “raise the bar” in how they teach, making what they teach relevant to the lives of their students.

“The Church is really moving to teach doctrine at a young age, and we need to be ready for a generation that wants more,” Elder Clark said.

Doctrinal Mastery requires more from teachers, Brother Webb said, “in their preparation and gospel study and scholarship and their ability to respond to questions and to direct students to the right resources and information.”

As teachers create an atmosphere of understanding, they are able to help the doctrine come alive for the students.

“It becomes real; it becomes something you use in your life,” said Elder Clark.

“Anyone who has worked with the youth knows that the world is changing and they are being exposed to philosophies and ideas just because of the explosion of the internet and social media,” said Sister Oscarson. “They are being exposed to more negative influences in their lives than ever before in the history of the world, and this is a response to stepping up to helping them meet those challenges. We need to keep changing, we need to keep progressing, we need to keep strengthening the way we teach and interact with our youth so that they can meet those challenges.” 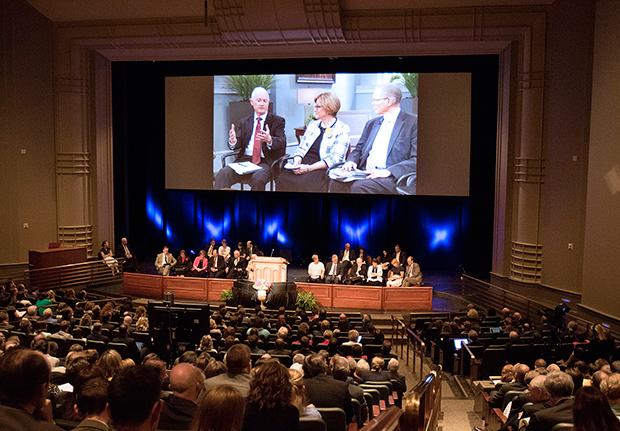 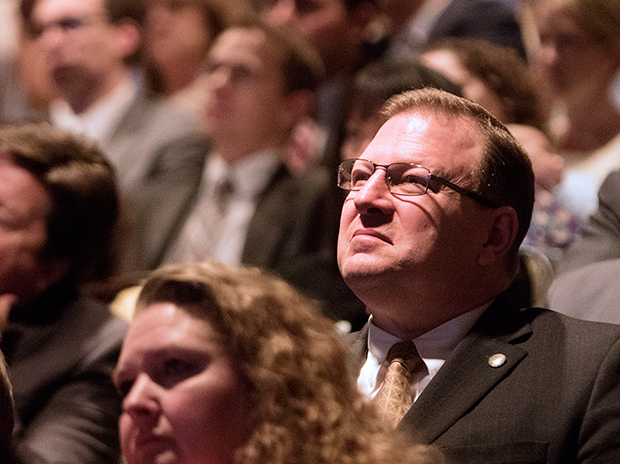 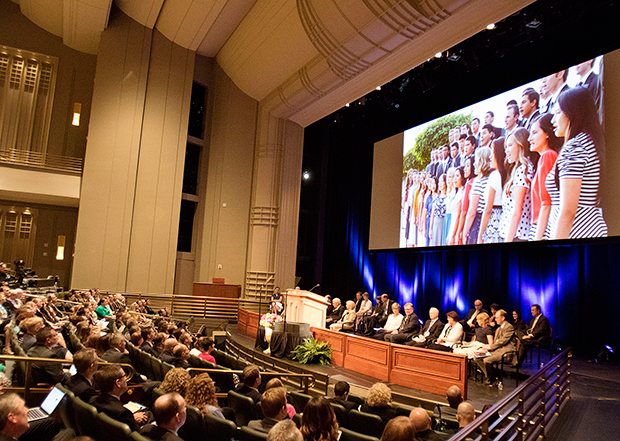 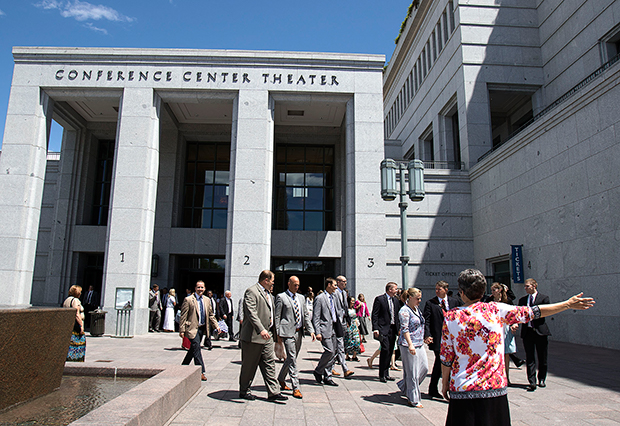 Many seminary and institute teachers were in attendance at the conference that introduced the new Doctrinal Mastery curriculum in Salt Lake City, Tuesday, June 14, 2016. Photo by Hans Koepsell, Deseret News. 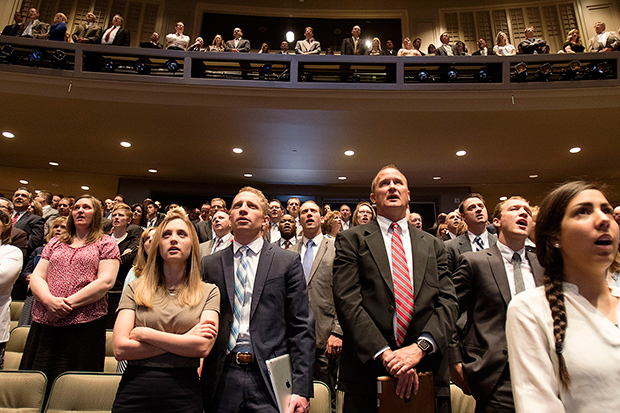 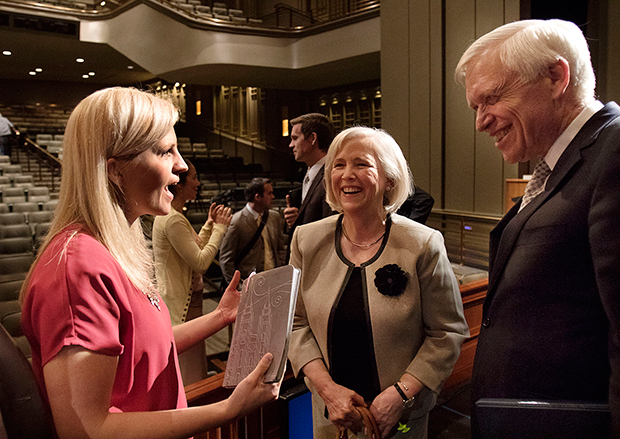