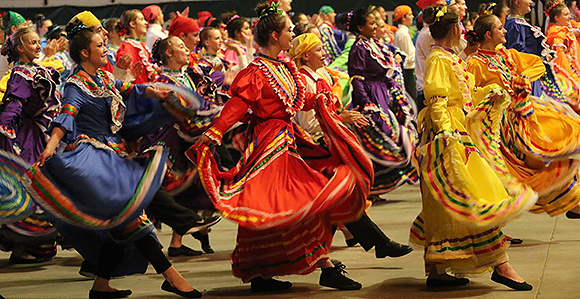 “I am so grateful to be with you as you celebrate the rededication of the beautiful Idaho Falls Idaho Temple.”

With those words, President Henry B. Eyring—First Counselor in the First Presidency and a beloved Church and educational leader in southeast Idaho—kicked off Saturday’s youth cultural celebration.

Held at the Holt Arena on the campus of Idaho State University, the event featured a cast of thousands of youth who marked a historic weekend of rededication through song, dance, and plenty of enthusiasm.

A former president of the Church-owned Ricks College (now BYU–Idaho), President Eyring spoke of his gratitude “to be back in a place and among people who are so dear to me.”

He told the young performers they were loved by President Thomas S. Monson—a champion of events such as Saturday’s cultural celebration.

Three key blessings are a byproduct of the gathering, taught President Eyring.

First, the youth living in the Idaho Falls temple district will know that temples are an important part of the Lord’s work.

Second, they will recognize the power that God grants “when we work unitedly in His cause.”

And third, the youth will remember that God has shown His love for His people in the greater Idaho Falls area “by placing a lovely temple of Jesus Christ here.”

The temple by the river

Dubbed “The Temple by the River: Reflections,” Saturday’s youth cultural celebration told the story of southeast Idaho—stretching back to the area’s native people and the first Mormon settlers.

Several performances paid tribute to the local military history, the contributions of the growing Latino community, and, of course, Idaho’s famous potatoes.

Video segments also celebrated the Gem State’s growing number of temples. When it was noted that the state’s sixth temple would be built in Pocatello, the arena erupted as if the hometown ISU Bengals had just scored a game-winning touchdown.

Just as the mighty Snake River flows resolutely past the Idaho Falls Temple, the youth of this area “carry the gospel like life-giving water,” said President Eyring. 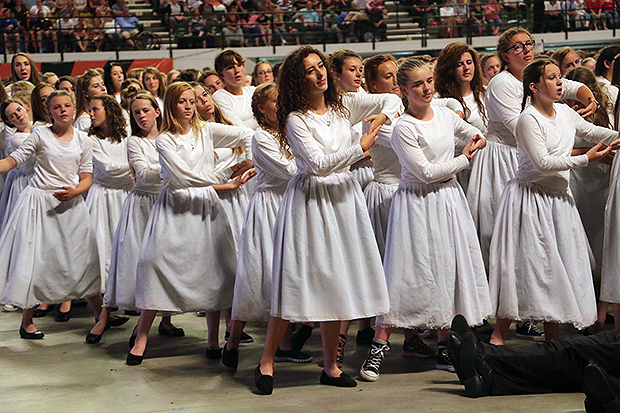 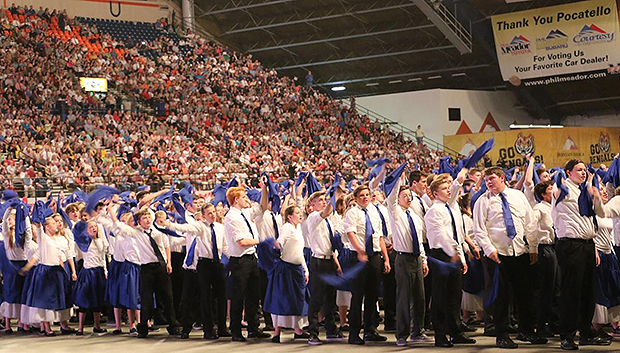 Youth performers salute the thousands gathered at the Holt Arena for the June 3, 2017, youth cultural celebration in Pocatello, Idaho. Photo by Jason Swensen. 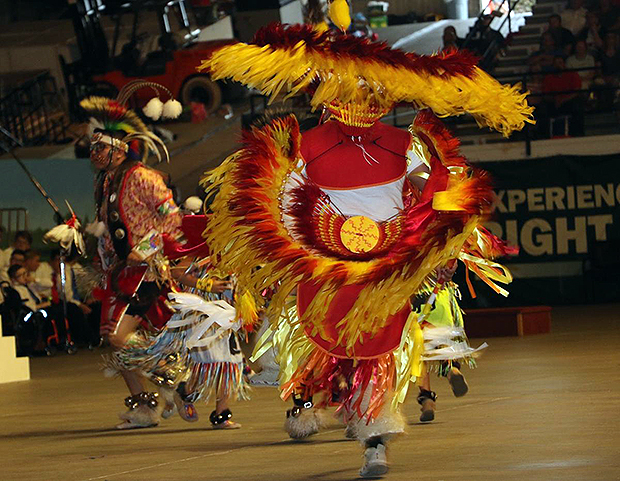