Karl and Verna Quilter stand next to the clay nativity sculpture Karl sculpted that is displayed at several visitors’ centers each Christmas season.

Karl Quilter, the sculptor for the angel Moroni statue donning the spires of all but a few of the LDS temples throughout the world, passed away the end of November 2013, over the Thanksgiving holiday, at the age of 84. He leaves a lasting legacy of art for many generations of people to enjoy.

According to Quilter’s daughter Elizabeth Finlinson, Quilter first became associated with the Church’s Temple Department during his studies at the University of Utah. He had experimented with casting sculpture in fiberglass. The material was much lighter than traditional bronze or other metals used to make the angels for the temples at the time. A lighter angel would be easier to transport and mount atop the LDS temples, in addition to being more compliant with various building codes. The Church commissioned him to sculpt an angel and cast it in fiberglass, applying gold leaf to the statue to give it its light-reflecting, golden quality.

Quilter also sculpted the life-size nativity scene that is displayed outside most LDS temples during Christmastime, as well as the oxen that are part of the baptismal fonts in LDS temples today.

Many other sculptures around the world carry his name, including the memorial for the Daughters of the Utah Pioneers near the Utah State Capitol, the BYU–Idaho Viking, mascot statues at multiple high schools, and several storytelling bronzes.

Finlinson said that in her father’s later years, he developed a severe tremor in his hand, but he continued to sculpt by holding his tremoring right hand with his left. In 2010, doctors discovered a tumor the size of a man’s fist in his brain. The location of the tumor was very dangerous but also very difficult to operate on. The tumor was successfully removed, and Quilter continued sculpting to the day he unexpectedly died at the age of 84.

Quilter also had a career as a seminary teacher at Highland, West, and Olympus High Schools. He has eight children and more than 80 grandchildren and great-grandchildren. Quilter resided with his wife, Verna, in Holladay, Utah. His son Paul Quilter of Arcstone Casting and Design/Wasatch Sculpture also sculpts and will continue the castings of his father’s work into the future. 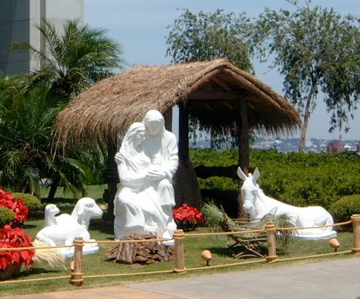