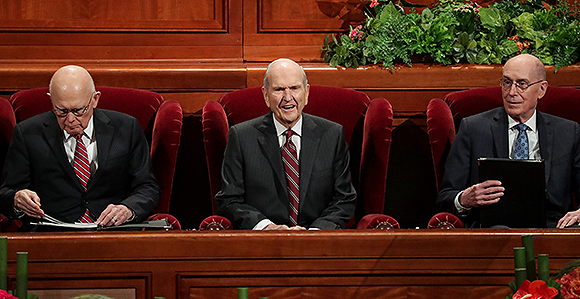 “Our members are standing like a rock in a moving river,” said President Nelson.

Speaking during the leadership training held prior to the Church’s 189th Annual General Conference, President Nelson told the leaders that they have been “eye-witnesses to revelations from the Lord as He guides the affairs of His Church.”

The trainings were held after a whirlwind year, during which the Council of the First Presidency and Quorum of the Twelve Apostles have changed the way Latter-day Saints worship on Sunday, the organization of priesthood quorums, the way members minister to one another, and regulations regarding missionary service. Members have also been asked to embrace “home-centered, Church-supported” gospel instruction and to use the proper and full name of The Church of Jesus Christ of Latter-day Saints.

President Nelson said he was “highly gratified“ with the teachings presented in the meetings. “If you folks are not being persecuted on a daily basis, you are not doing your job very well,” he told some 300 General Authorities and leaders currently serving around the world. “Fortify our people. The adversary is an incorrigible insomniac. He never sleeps.”

President Nelson taught that the “Book of Mormon comes to our rescue” (see Moroni 7:14–19).

In addition to members of the First Presidency, general leaders were also taught by members of the Quorum of the Twelve Apostles, the Presiding Bishopric, and leaders of the Relief Society, Young Women, and Primary organizations.

“I can’t remember a more inspiring … and more motivating set of instructions than we’ve had here today,” said President Dallin H. Oaks, First Counselor in the First Presidency. “I pay tribute to our prophet.”

President Henry B. Eyring, Second Counselor in the First Presidency, called the training the most wonderful and challenging that he has experienced.

“I have to do better,” he said. “The members are going to need our help. We’ve been given incredible new resources.” 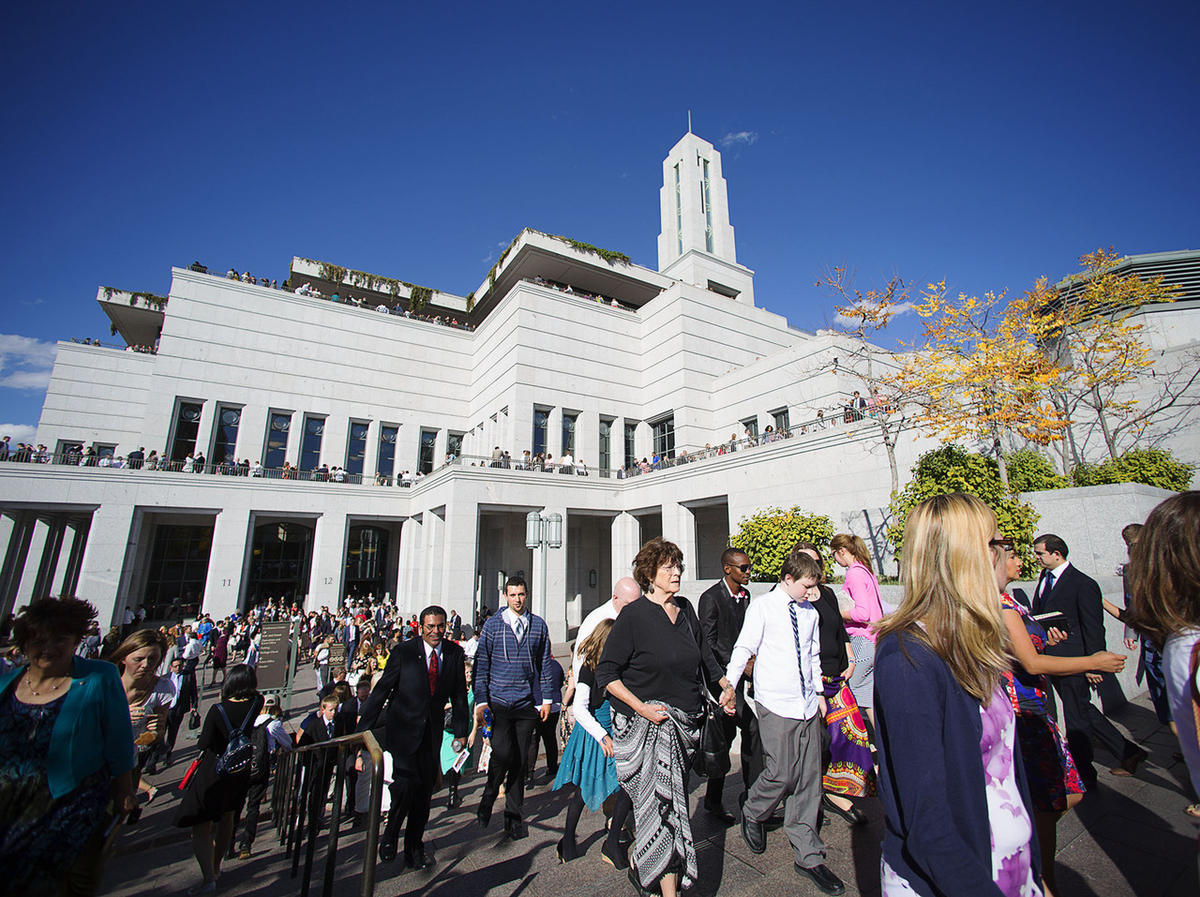 The leadership sessions began Thursday with President Oaks announcing changes to the Church’s November 2015 policy regarding same-sex couples and their children. The policy was intended to maintain family harmony and protect children, according to Church leaders.

Now, however, children of parents who identify themselves as lesbian, gay, bisexual, or transgender may now be blessed as infants and baptized in the Church, President Oaks announced. In addition, the Church will no longer characterize same-gender marriage by a Church member as “apostasy” for purposes of Church discipline, although it is still considered “a serious transgression.”

The changes, issued at the direction of the First Presidency, “do not represent a shift in Church doctrine related to marriage or the commandments of God in regard to chastity or morality.”

President M. Russell Ballard, Acting President of the Quorum of the Twelve Apostles, spoke about the responsibilities of Area Seventies, regional Church leaders around the globe.

“With the growth of the Church across the world, the need for Area Seventies has increased,” President Ballard said. “We love you. We trust you. We rely on you to extend our reach and to carry our teachings and direction to all the world. … You are to provide instruction and counsel consistent with the teachings of the living Apostles.”

The ongoing establishment of the Seventy in Church governance “is a powerful example” of a “line-upon-line” (2 Nephi 28:30) pattern of revelation, he said.

The gathering of Israel

Other Church leaders taught about the gathering of Israel; prophecies about the latter-day gathering of the scattered house of Israel have been given by prophets since Old Testament times. “Speaking on this topic with President Russell M. Nelson in the audience is like talking about ‘the Flood’ with Noah present,” said Elder Quentin L. Cook of the Quorum of the Twelve Apostles.

Drawing upon scripture and the teachings of modern prophets, Elder Cook provided a doctrinal history of the house of Israel and the prophecies and signs of their gathering in the latter days. “You wonderful leaders are gathered from across the world. Viewed through a broad, clear lens, we have the great privilege of gathering Israel on both sides of the veil from every continent, culture and religious background.”

Elder Dieter F. Uchtdorf of the Quorum of the Twelve Apostles said the Savior’s commission to His original disciples to teach all nations continues today. “We know that as we lift the vision of our leaders and members by providing simple, natural and normal patterns for ministering to all through missionary work, the gathering of Israel will accelerate around the world.”

Elder David A. Bednar of the Quorum of the Twelve Apostles spoke about the temple work performed in the Church’s 162 temples worldwide.

He engaged the entire leadership session in an experiment using the new “Ordinances Ready” feature of the Church’s FamilyTree app. “The ‘Ordinances Ready’ feature searches through your family tree and finds ancestors for whom temple ordinance work such as baptisms and confirmations, initiatories, endowments, and sealings can be performed,” said Elder Bednar. “God has provided marvelous tools to accomplish His purposes. We simply need to use the tools. ‘Use' is the key word. It means we must act. And as we do, miracles happen. God is opening doors in remarkable ways.”

Elder Jeffrey R. Holland of the Quorum of the Twelve Apostles acknowledged the difficulties and successes of the first 90 days of the new Come, Follow Me—For Individuals and Families initiative, a Church focus announced in October 2018.

“For some, it feels more like a burden than a blessing,” Elder Holland said. “But many, many wonderful things are happening and going very well. Members are having organized scripture study. Families are spending more time together.”

Sister Jean B. Bingham, Relief Society General President, drew from the experiences of several women from around the world to illustrate that when consistently implemented, the home-centered curriculum “changes lives through strengthened relationships and deepened testimonies.”

The responsibility of leaders, she said, “is to help members catch the vision of the wonderful potential to bring families closer together, deepen testimonies of the gospel and increase protection from harmful influences through gospel study in the home.”

Presentations at the leadership sessions also included instruction on honoring the name of the Church, ministering, and the Church’s new children and youth development program that was announced last year.