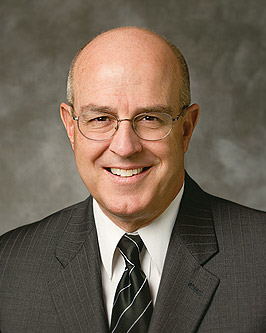 In January of 2015, Sailor Gutzler, 7, was flying with her family in a small aircraft piloted by her father. The plane crashed just after nightfall in the hills of Kentucky. When cries to her parents went unanswered, she escaped from the wreckage and began walking across the countryside barefoot, with cuts and scrapes, and with a broken wrist. Seeing a distant light, she aimed for it and eventually arrived at the home of a kind man who helped take her to the hospital.

“Sailor survived because she saw a light in the distance and fought her way to it—notwithstanding the wild countryside, the depth of the tragedy she faced, and the injuries she had sustained,” Elder L. Whitney Clayton of the Presidency of the Seventy said during his Saturday morning general conference address. Like Sailor, choosing to follow the light of the gospel can be difficult but ultimately worth it.

First, one must choose to believe, which God requires of men before their faith can grow, Elder Clayton said. “We ask before it is given unto us; we seek before we find; we knock before it is opened unto us. We are then given this promise: ‘For every one that asketh, receiveth; and he that seeketh, findeth; and to him that knocketh, it shall be opened’ (3 Nephi 14:7-8).”

“We will not accidentally come to believe in the Savior and His gospel any more than we will accidentally pray or pay tithing,” Elder Clayton said. “We actively choose to believe, just like we choose to keep other commandments.”

Second, that belief must be put into action through means such as prayer, reading the scriptures, and making and keeping covenants. “Our actions are the evidence of our belief and become the substance of our faith,” Elder Clayton said.

Then, one must never give up, even in difficult spiritual times when progress seems to have slowed, Elder Clayton said. “In those moments when the light of your faith has dimmed, let your hope for the Savior’s love and grace, found in His gospel and His Church, overcome your doubt.”

In his visits with members of the Church from around the world and seeing their happiness that comes from living the teachings of Jesus Christ, Elder Clayton said, “I have learned that believing in Him and in His redemptive power is the true path to ‘peace in this world, and eternal life in the world to come’ (D&C 59:23).”