Joyful Congolese Saints Are Preparing for the Future Lubumbashi Temple 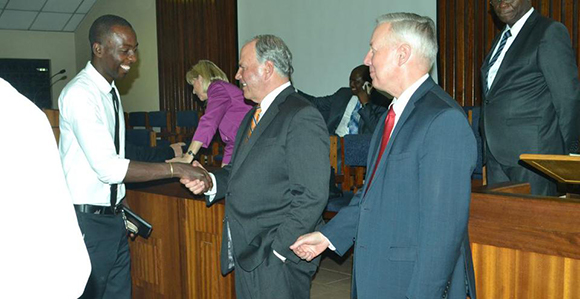 Elder Ronald A. Rasband of the Quorum of the Twelve Apostles shakes hands with a local member during his May 2017 ministering visit to Lubumbashi, Democratic Republic of the Congo.

“We are preparing to serve.” —Vincent Udimula, stake president

For Latter-day Saints in Lubumbashi, last year’s dedication of the Kinshasa Democratic Republic of the Congo Temple marked an emotional so-near-yet-so-far-away paradox.

A temple was operating for the first time in their central-African nation. That historic fact doubled as a miracle.

No longer would the Lubumbashi Saints and their fellow Congolese members face the double-barreled task of securing a passport and a visa to travel to the nearest temple, in Johannesburg, South Africa.

But Lubumbashi—a city of almost 1.8 million—is located more than 1,000 miles from the D.R. Congo capital, where the temple is located. The local members can’t simply jump in their cars and convoy to Kinshasa. The cross-country trip to the capital city to claim personal temple blessings or be sealed to loved ones still demands a costly plane ticket, according to Lubumbashi Democratic Republic of the Congo Stake president Vincent Udimula.

“So not all of our members have had the opportunity, or even enjoy the possibility, of visiting the [Kinshasa] temple,” he said.

But “opportunities” and “possibilities” turned to “realities” for temple-loving Latter-day Saints in Lubumbashi on April 5, when President Russell M. Nelson announced plans to build a temple in their southeastern border city.

“We are feeling immense joy, both here in Lubumbashi and around the world,” President Udimula reported in an email to the Church News. “The Congolese members have prayed and asked God for a temple to be built in Lubumbashi so the members here can have access to the ordinances of salvation.”

Almost three years ago, Elder Ronald A. Rasband of the Quorum of the Twelve Apostles traveled to Lubumbashi to be with President Udimula and his fellow Saints and neighbors. They welcomed the latter-day Apostle with unforgettable enthusiasm. Nearly 5,000 people squeezed into the Lubumbashi stake center and adjoining tents erected for the event.

“The people were so hungry to hear the words of the leaders of the Church and to hear testimonies borne of Jesus Christ,” Elder Rasband told the Church News after his visit.

Elder Rasband’s fellow Apostle Elder Dale G. Renlund dedicated the Kinshasa temple on April 14, 2019. In his dedicatory prayer, Elder Renlund offered a blessing that the Congolese people would be fortified in their challenges. The Democratic Republic of the Congo is the fourth most populous country on the African continent, behind Nigeria, Ethiopia, and Egypt.

Now the Lubumbashi members are feeling some relief from their spiritual hunger pangs for a temple in their own city.

“Easy access to the temple will allow our members to attend regularly to perform ordinances and fully participate in the advancement of the Lord’s work on the other side of the veil,” said President Udimula.

The Church in Lubumbashi has operated for more than three decades and continues to build relationships with local civic leaders and others in the community. Now local Latter-day Saints are making plans to one day invite their friends and neighbors to the future temple’s open house.

No date has been released on when construction will begin on the Lubumbashi temple. No matter, said President Udimula. The members welcome the window of time between President Nelson’s recent announcement and the eventual temple dedication as an essential preparatory period to better understand the blessings of the temple, increase personal worthiness, continue donating to the temple building fund, and research their own family history for temple work. 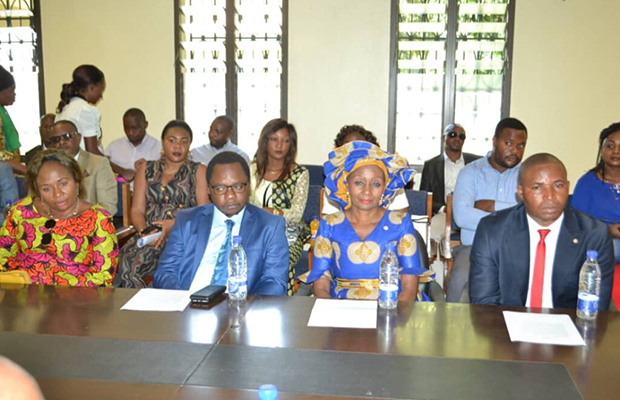 A collection of provincial ministers gather for the August 2019 Lubumbashi Democratic Republic of the Congo Stake conference. Members in Lubumbashi have spent decades building relationships with civic leaders in their community. 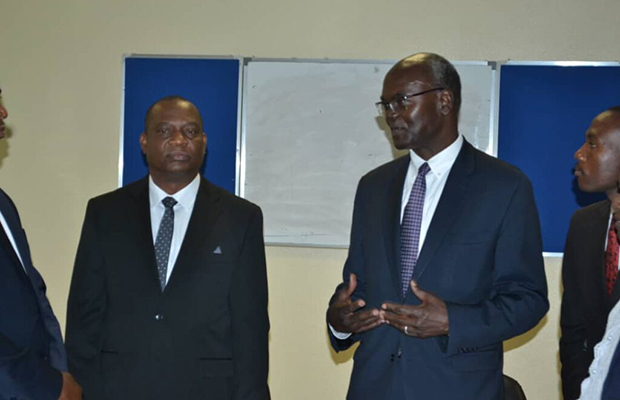