Improving Spiritual Vision Helps Us See Ourselves and Others as God Does, BYU–Hawaii President Says 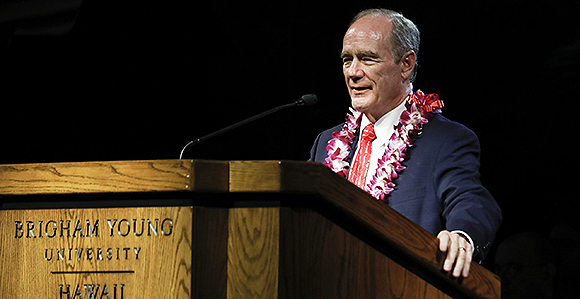 “In the end, we are all beggars when we knock on the portals of heaven. We all have thorns in the flesh that will require celestial excision. But no blessing will be denied to those who truly love Him.” —John S. Tanner, BYU–Hawaii president

Every year, Sister Susan W. Tanner makes a New Year’s resolution by choosing a single word to be her focus and guide. As she considered the year 2020, she thought, “What better word for me this year than ‘vision’?”

The word vision has already offered her a multiplicity of meanings to consider, including the significance of 2020 as the bicentennial of Joseph Smith’s First Vision, the necessity of prophetic vision, and the capacity to see oneself and others as children of God.

“20/20 spiritual vision allows me to see others as God sees them—to look upon their hearts and not outward appearances,” Sister Tanner said.

To see our lives through God’s eyes is to see with 20/20 spiritual vision,” BYU-Hawaii president John S. Tanner said, referencing Joseph Smith’s 1832 account of his First Vision to illustrate the perspective it provided the Prophet regarding his personal relationship with God.

Not only did the 14-year-old Joseph seek to know which church was true 200 years ago; he also wanted to learn of his standing before God and seek personal forgiveness, President Tanner said.

“My mind became exceedingly distressed, for I became convicted of my sins,” Joseph wrote. “I cried unto the Lord for mercy, for there was none else to whom I could go and obtain mercy.”

In response to prayer, Joseph received an unexpected vision of God the Father and Jesus Christ in which he received forgiveness and learned about his intimate relationship with deity. Joseph recorded these words that he heard the Lord speak to him: “Joseph, my son, thy sins are forgiven thee. Go thy way, walk in my statutes, and keep my commandments. Behold, I am the Lord of glory. I was crucified for the world, that all those who believe on my name may have eternal life.”

In addition to the foundational doctrines that Joseph Smith learned from the First Vision, such as God’s embodiment and the fact that Father and Son are distinct beings, he “learned that God knew him by name, loved him, forgave him, and was with him,” President Tanner said. 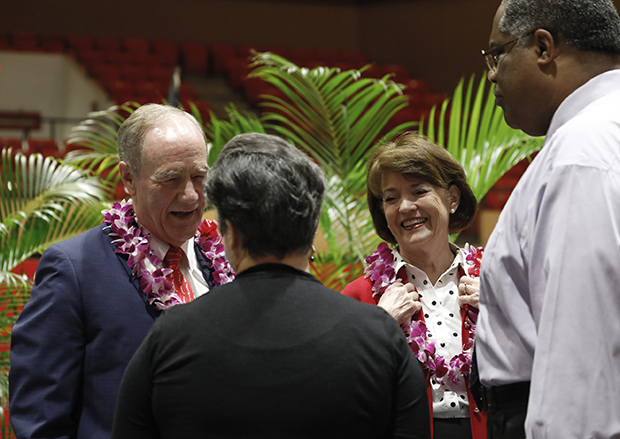 “The First Vision began to clarify Joseph’s vision not only of God but of himself,” President Tanner added. “He began to see himself with 20/20 spiritual vision through God’s eyes.”

As many struggle with “the pitfalls of perfectionism,” President Tanner said, everyone needs to have their spiritual vision corrected like Joseph did on more than one occasion.

Joseph wrote that he felt “condemned for [his] weaknesses and imperfections” on the night of September 21, 1823. However, when the resurrected Moroni appeared to tell him of his mission to translate the Book of Mormon, he reassured Joseph of God’s love and personal awareness of him.

Sometimes God corrects spiritual vision “by fixing our tendency to magnify minor flaws,” while other times He draws attention to weaknesses we ignore or minimize. Both distortions require the clarification of divine perspective.

The Doctrine of the Acceptable Sacrifice

Citing Doctrine and Covenants 124, where the Lord tells the early Latter-day Saints that He accepts their honest but impeded efforts to build a temple and establish Zion in Missouri, President Tanner taught “the doctrine of the acceptable sacrifice.”

“To generalize from these scriptures,” President Tanner explained, “we might say this: the Lord takes our intent for the deed when we try our best—our very best—to obey Him.”

President Tanner shared the story of elite runner Derek Redmond’s 400-meter race in the 1992 Olympics to illustrate an acceptable sacrifice. Part of the way through the race, Redmond fell to the ground, grabbing a pulled hamstring. While the other competitors sprinted through the rest of the lap, Redmond stood up and started hopping on one leg around the track.

A spectator managed to push his way through the guards to put his arm around Redmond and support him to the finish line. It was the runner’s father, who held his son as he wept and limped to the end of the race.

“We can see an image of our Father in Heaven in Derek Redmond’s father,” President Tanner said. “Our Father wants us to do our best. He is there cheering for us. But ultimately it doesn’t really matter if we win the race. We will have won in His eyes if we have tried our best. And if we stumble and fall, our Father is there to help us hobble to the finish line and celebrates our performance with crowns of glory that will not fade.”

When he served as a mission president in Brazil, President Tanner encouraged his missionaries who were returning home to envision laying their missions on the altar, asking God to accept their sacrifice.

His own mother, Athelia Sears Tanner, was a woman who offered her life as such an acceptable sacrifice to the Lord, President Tanner said.

She died at 99, only five days prior to the devotional.

“Although my mother would worry and weep over the pain her sins may have caused the Savior, she also knew—in an intimate and personal way—that God loved her,” President Tanner said. “She had 20/20 vision of this, and she joyfully anticipated meeting the Savior and the Father again, like Joseph, face to face.” 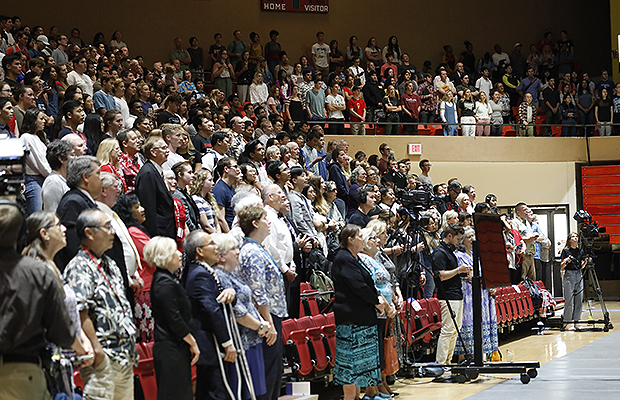 Sister Tanner said her mother-in-law embodied President Russell M. Nelson’s prophetic vision for women in the Church: “She lived joyfully because she focused her life and testimony on Jesus Christ,” and “she partnered with God in building souls,” teaching her 13 children and others to love the Lord and embrace learning.

Athelia Tanner’s positive attitude reflected her faith that God was always with her, Sister Tanner said, explaining that one of her mother-in-law’s “notable sayings was not ‘have a good day’ but ‘make it a great day.’”

Though she lived through such trying circumstances as the Great Depression, war, and poverty, “even when the difficult details of reality set in, she made it a great day,” Sister Tanner said. 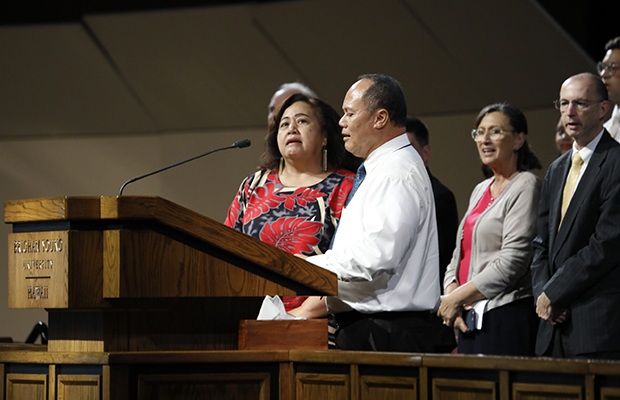 Drawing on the example of his mother, President Tanner testified of the importance of keeping covenants and offering “our whole souls to God” as an acceptable sacrifice.

President Tanner added his emotional testimony: “In the end, we are all beggars when we knock on the portals of heaven. We all have thorns in the flesh that will require celestial excision. But no blessing will be denied to those who truly love Him.”

At the close of the devotional, the congregation sent President and Sister Tanner off to Athelia Tanner’s memorial service by singing “Aloha ‘Oe,” a traditional song written by Hawaiian queen Lili‘uokalani.

The Tanners looked on as those in attendance sang the refrain “farewell to thee, farewell to thee.” The phrase “aloha ‘oe,” those who led the song explained, means “I love you.” 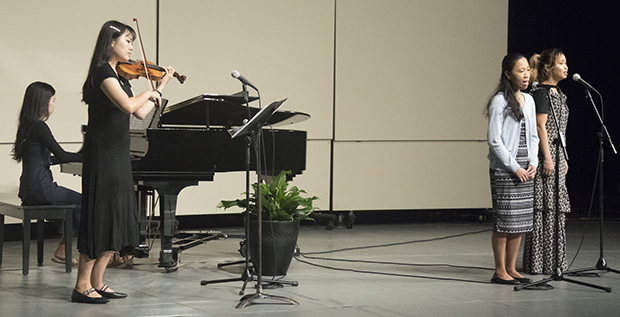 BYU–Hawaii students perform “Be Thou My Vision” during a devotional held on campus January 21, 2020. Photo by Trisha Panzo.