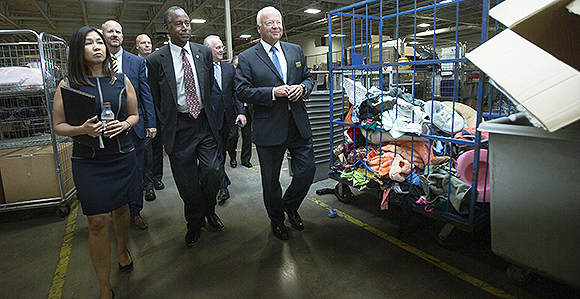 His brief tour included stops at a dairy facility and Deseret Industries, with the hosting leaders explaining the Church’s principles of welfare and self-reliance and the processes of gathering and making available food and new and used goods to help less-fortunate individuals as well as for humanitarian distribution. 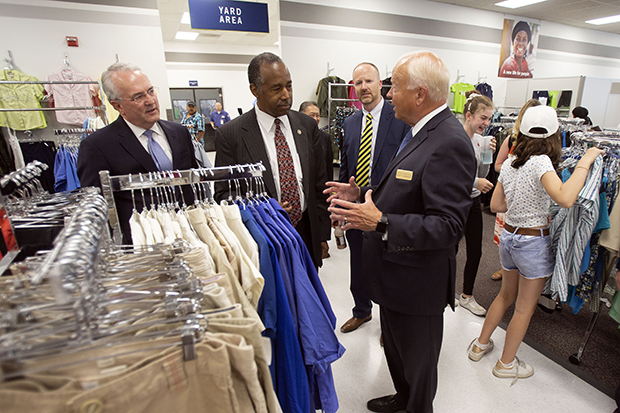 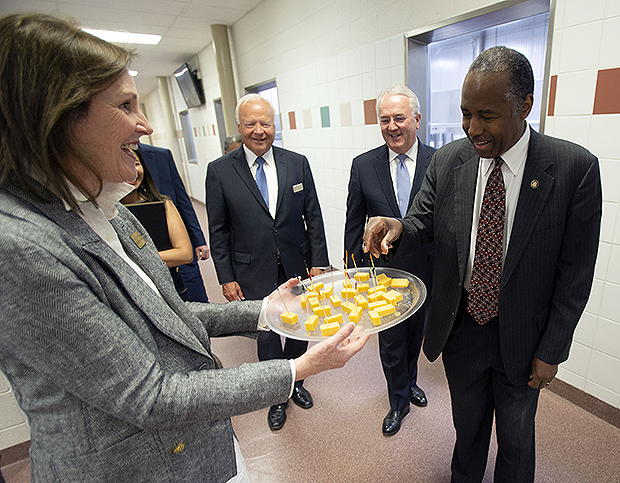 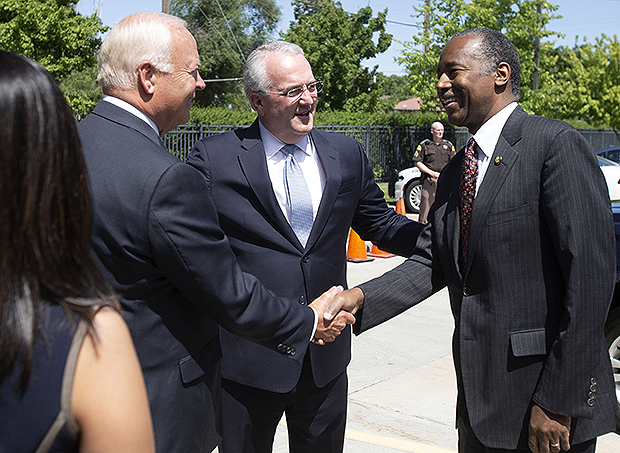 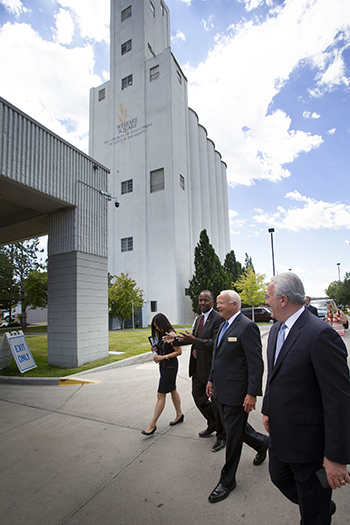