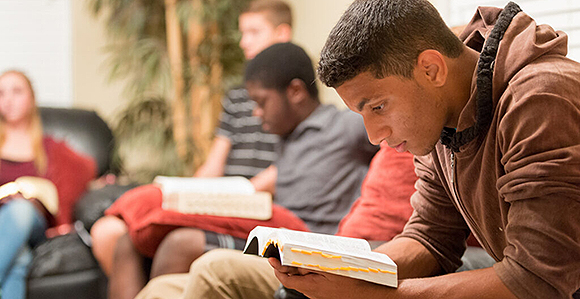 A group of young people study the scriptures together.

During the Saturday evening session of the historic 190th Annual General Conference of The Church of Jesus Christ of Latter-day Saints—commemorating the 200th anniversary of God the Father and His Beloved Son, Jesus Christ, appearing to Joseph Smith—two teenagers addressed Latter-day Saints worldwide.

Just a few years older than was 14-year-old Joseph Smith when he experienced the First Vision two centuries ago, the youth joined a handful of other speakers who have addressed a general conference audience without being a General Authority or General Officer of the Church.

Enzo explained that Joseph Smith was a young man who was called of God to restore the gospel of Jesus Christ “and for that purpose was given the priesthood which he used to bless all mankind.” 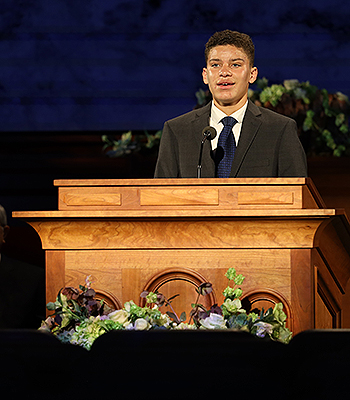 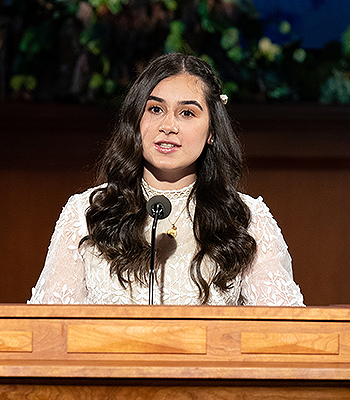 Although it is unusual to have youth speak during a general conference session, it is not without precedent.

Then the teenaged son of Elder Jeffrey R. Holland of the Quorum of the Twelve Apostles, he spoke about the influence parents and the family have upon the youth in the Church.

“I want to bear my testimony of the responsibility we, the priesthood brethren of this Church, have to spiritually teach and edify our families,” Matthew Holland said.

Devin Durrant, who would later serve in the Sunday School General Presidency, spoke during the priesthood session of the April 1984 general conference. A returned missionary and BYU basketball player, he talked about missions.

A year later, in 1985, Peter Vidmar, a young adult and a participant in the 1984 Olympic Games in Los Angeles, spoke in the April general conference.

Speaking on the topic of pursuing excellence, Vidmar said, “Let’s always try our best. Let us decide now what type of person we want to be, and when a difficult situation comes along we will be prepared to pass the test.” 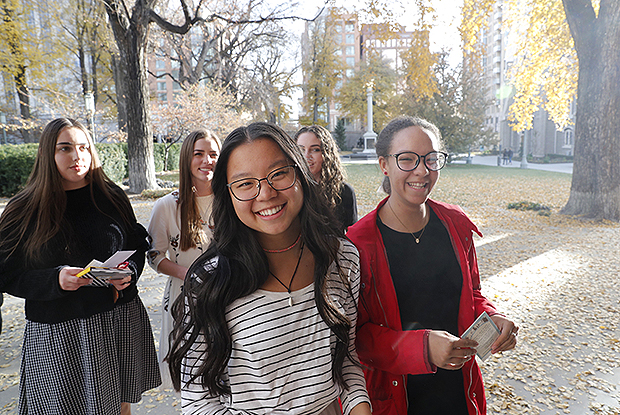 Latter-day Saint youth arrive at the Tabernacle on Temple Square in Salt Lake City, Utah, on November 17, 2019, to participate in what was described as the largest Face to Face event ever hosted by the Church. The broadcast introduced a new Children and Youth initiative that replaced the Church’s existing children and youth programs on January 1, 2020.

Youth have also participated in other important and sacred events in the Church.

During the rededication of the Oakland California Temple, youth were invited to speak in the sessions, noted President Dallin H. Oaks, First Counselor in the First Presidency, who presided at the rededication.

“The young people are going to the temple in greatly increased numbers,” President Oaks said, “so we felt it would be a good thing to have them represented at the dedication.”

The Church has always relied upon the energy, strength, and testimonies of youth and young adults. 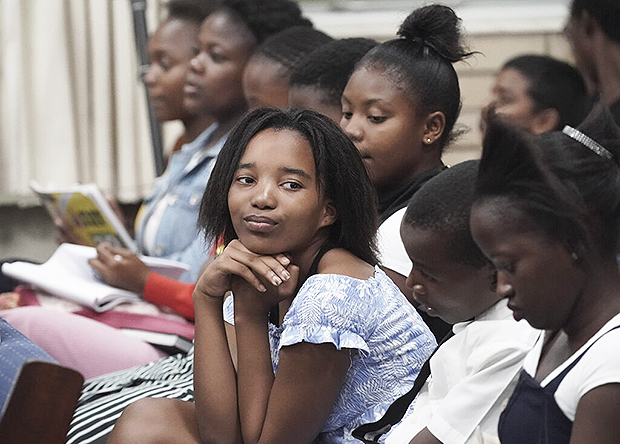 Amahle Luthuli and other youth attend as Elder Ronald A. Rasband of the Quorum of the Twelve Apostles speaks during a Durban South Africa Temple youth devotional in Durban, South Africa, on Saturday, February 15, 2020. Photo by Jeffrey D. Allred.

During a devotional at Utah State University, in Logan, Utah, on January 27, 2019, Elder Gary E. Stevenson of the Quorum of the Twelve spoke about the young people who labored for the Lord in the early days of the Restoration.

Joseph Smith was just 23 years old when he completed the translation of the Book of Mormon, with Oliver Cowdery as his scribe, in Harmony, Pennsylvania. At the time Oliver was just 22; those assisting them were also young—Emma Smith, 24, David Whitmer, 24, and E. B. Grandin, 23.

“Isn’t it remarkable that the Lord chose this age group to introduce the dispensation of the fulness of times?” said Elder Stevenson.

“The early Latter-day Saint movement was a movement of young people,” said Church historian Matt Grow in an interview in Nauvoo, Illinois, before a worldwide Face to Face event in September 2018.

Noting a similarity between the generation of early Saints and today’s young adults, Grow explained it was young adults who “converted to the Church in the 1830s and the 1840s. It was their age group who built the Church. . . . All throughout our history, it is the young people doing extraordinary things to bring the gospel to the world.”

Elder Quentin L. Cook, who also participated in the Face to Face event, also spoke of the history of young people in the Church and of youth today.

Like the Saints of old who opened missionary work in the United States, Canada, the British Isles, Scandinavia, and the Pacific, young adults today have entered missionary service in record numbers, he said. Nearly 600,000 of them have served full-time missions; that is over 40 percent of all the missionaries who have ever served in this dispensation, he said.

“We are going to see this generation do great things,” Elder Cook said. 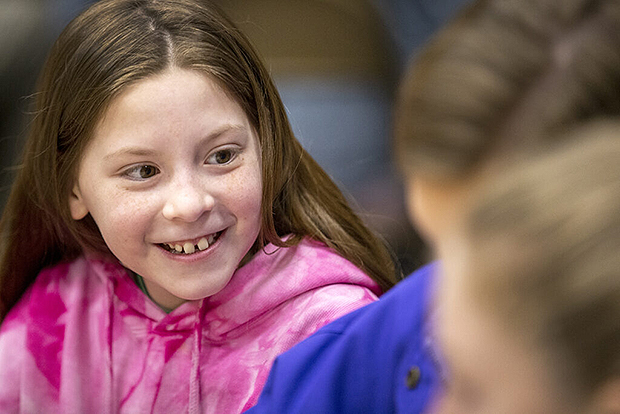 Brianne Christensen smiles as she talks with other youth in the Willow Creek Sixth Ward, Sandy Utah Willow Creek Stake, as they gather to play games together on Wednesday, January 22, 2020. Photo by Scott G. Winterton, Deseret News.