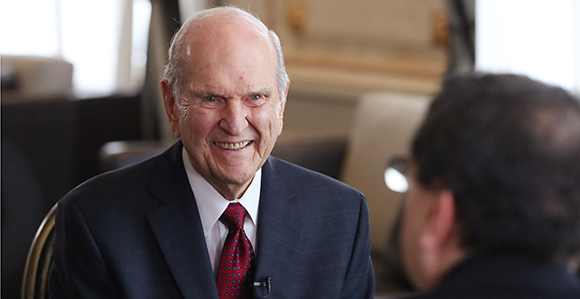 “My dear sisters, we need you! We need your strength, your conversion, your conviction, your ability to lead, your wisdom, and your voices.” —President Russell M. Nelson

During his recent trip to five countries in South America from October 19 to 28, President Russell M. Nelson sat down for an interview with Sergio Rubin, Pope Francis’s official biographer.

With other Church and Deseret Management Corporation employees, I was allowed to sit in on the October 26 interview and listen.

An Argentine-based journalist and writer, Mr. Rubin had many questions for President Nelson.

President Nelson was confident with every answer.

“Many churches are ruled by men, at the exclusion of women,” said Mr. Rubin. “Is this the case for The Church of Jesus Christ of Latter-day Saints?”

“Well,” said President Nelson, “you should talk to a woman about that.”

“Can you help with this answer about the role of women in the Church?” he asked her. He motioned her into camera range.

Sister Dew told Mr. Rubin that he would have a hard time finding a church where more women have more authority than in The Church of Jesus Christ of Latter-day Saints.

“There are hundreds of thousands of women, right now, who have legitimate leadership opportunities and expectations. As women in the Church we teach and preach, we expound doctrine, we serve missions as full-time proselyting missionaries, and we have leadership responsibilities,” she said.

Then she added, “I actually feel ennobled by being a Latter-day Saint woman. Every opportunity for growth I have ever had has come because of the Church.”

President Nelson looked at Mr. Rubin and said, “It is better coming from a woman than from me.”

Mr. Rubin agreed. “That is a live testimony,” he said.

The message was powerful. When given the chance to talk about women in the Church, our prophet had not spoken about Church doctrine or priesthood authority. He had not spoken of his wife or nine daughters. And he did not draw from one of the many sermons he has delivered about women. Instead, he called on a woman to speak for herself.

President Nelson’s invitation to Sister Dew seemed like an invitation to me as well. The Church needs my voice as a Latter-day Saint woman. That is what I know now that I didn’t know before the South America ministry tour.

I will never forget the way President Nelson watched as Sister Dew answered Mr. Rubin’s question. It was a look that reflected gratitude and trust for all Latter-day Saint women.

President Nelson’s messages to women have always been profound.

“My dear sisters, we need you!” he said during the October 2015 general conference. “We need your strength, your conversion, your conviction, your ability to lead, your wisdom, and your voices” (“A Plea to My Sisters”).

It’s a sentiment I know he means.

The Church needs our voices. Let’s be ready. President Nelson has called on each of us to speak for ourselves. 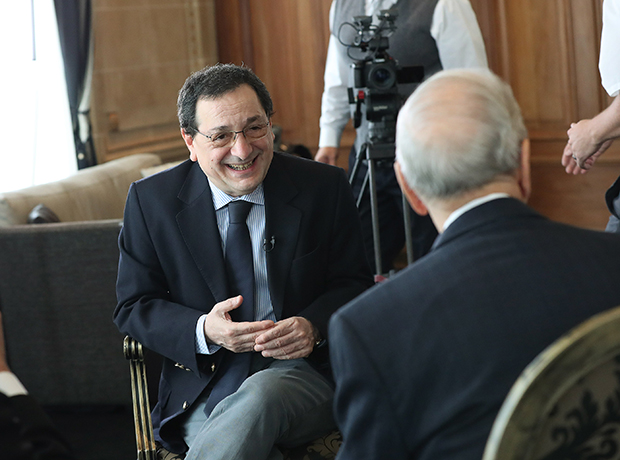