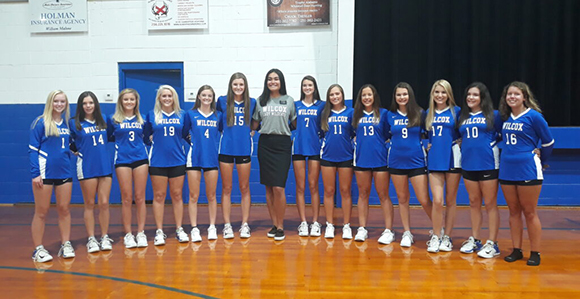 “You’re never going to read this in Preach My Gospel. . . . But here was a mission president and a missionary that felt prompted and acted upon it and made a difference.” —Elder James B. Martino of the Seventy

The Wilcox Academy girls’ volleyball team in Camden, Alabama, finished with a 2–18 record in 2018. Last fall, the team made it to the Elite Eight in the state high school playoffs—thanks to the help of Megan Sintay, who didn’t log a minute of playing time.

That would be Sister Megan Sintay—a full-time missionary for The Church of Jesus Christ of Latter-day Saints and volunteer assistant coach.

The real story, however, isn’t about volleyball. It’s about the impact on Camden.

“To me, this is a story about thinking out of the box,” said Elder James B. Martino, President of the North America Southeast Area, “and looking at the talents of a missionary and the needs of a community and matching them up the best they could and really showing what a disciple of Christ is like.”

Prior to serving as a full-time missionary in the Alabama Birmingham Mission, Sister Sintay redshirted a season at Dixie State University, in St. George, Utah. She helped her volleyball team at Pleasant Grove High School in Utah to a pair of state runner-up finishes.

The 6-foot-3 Polynesian said she “stuck out” in Camden—a small rural “tight-knit community” about 75 miles southwest of Montgomery, with a population of 1,800 and a branch of 20–30 active Church members. The heart of the town is Wilcox Academy, a private Christian school.

“It’s a community that is predominantly Baptist, although a [fair-sized] Methodist community down there as well,” said President Chad W. Allred, president of the Alabama Birmingham Mission. “It’s a little place that The Church of Jesus Christ of Latter-day Saints has not been overly well received.”

It’s also a place where baptisms and even lessons are hard to come by.

Shortly after Sister Sintay and her companion moved to Camden in May 2019, Church members found out she was a volleyball player and told her the girls’ volleyball team at Wilcox desperately needed a coach. They asked if she would be interested in helping.

“I told them, ‘No, I’m a missionary. I don’t spend my time doing that,’” Sister Sintay recalled.

A member of the Camden Branch called the mission president, who was then President Stanford C. Sainsbury, and he was instantly on board. Sister Sintay was surprised.

Sister Sintay started by holding a few camps during the summer. “Then I kept staying in Camden transfer after transfer, so it just ended up being that I was there for the whole season,” she said. She worked alongside head coach Larry Huckabee, who was hired soon after she began helping.

None of the girls on the volleyball team were Latter-day Saints.

Before matches, the girls would often recite the Lord’s Prayer. Before one match, Sister Sintay offered to pray. Some girls then began offering their own prayers instead of a recitation. 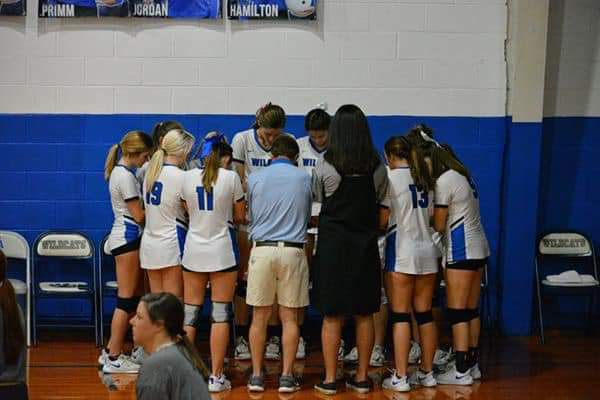 After practices, Sister Sintay would share a spiritual thought with the girls from her scripture study.

Little by little, President Allred said, “the community started to embrace them.” As she devoted time to the girls, she built rapport with the community and broke down barriers one by one.

She learned several lessons she will never forget. First, “it’s really being yourself.” And second, “missionary work, things in life don’t have to fit into a certain box. Things don’t have to be done a certain way all the time.”

Margaret Vick, a member of the Camden Branch who teaches at Wilcox Academy, said Sister Sintay’s friendly and happy demeanor left a big mark on her small community. The missionaries are now well liked and very respected.

“Our community hasn’t always been fond of the Church, but we’ve seen huge strides the past few years,” she said. “The sisters are adding to this cause in a most positive way. . . . They are letting their lights shine brightly. Their smiles show their love of Christ, and it’s being passed on to so many.”

Now that Sister Sintay has “prepared the hearts of the community,” President Allred said the next step is to teach Camden family history.

“When the spirit of Elijah starts resting upon them and they start turning their hearts towards their fathers, I think then the barrier of Baptists or Methodists or Catholics or any other denomination then falls away,” he said. “Then we start talking as brothers and sisters—not as denominations.” 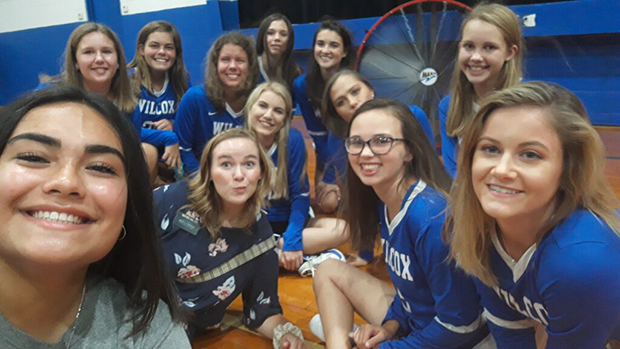