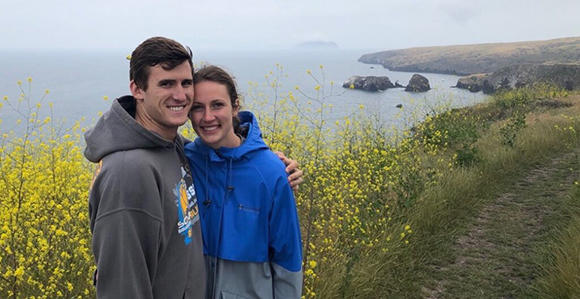 And given their performance during their 2020 season, who could blame them?

The Cougars were the top-ranked team in the country, having already defeated many of the best squads in college volleyball. Sellout crowds were filling BYU’s Smith Fieldhouse. Meanwhile, Eschenberg and several of his teammates were in peak form heading into the final games of the season.

Then COVID-19 locked the brakes on organized sports play in Provo—and across the globe.

On March 12, the NCAA announced all college winter and spring sports in the United States were being canceled. For Eschenberg and his teammates, a campaign defined by seemingly unlimited possibility (the 2020 national championship, maybe?) had come to a shocking end.

A note before continuing: The ongoing pandemic has claimed hundreds of thousands of lives and derailed national economies. A pause in organized athletics is of distant concern. But sports matter to millions of young athletes, such as Zach Eschenberg, who have spent much of their lives training and competing.

They matter to their fans and loved ones.

“When everything ended so abruptly, it was really hard, and it hurt a lot,” Eschenberg told the Church News.

But the 6-foot-6-inch outside hitter quickly adds that a fellow BYU volleyball player and 6-foot-5-inch middle blocker—who is also his wife—has his back.

“Kennedy has been really good at helping me get through this by just talking to and listening to me. It’s been so nice to have her with me at this time.”

The pandemic has impacted Kennedy Redding Eschenberg’s own volleyball plans. Her 2020 senior season on the Cougars’ highly successful women’s team is fast approaching. But it’s anyone’s guess how college fall sports will be impacted. 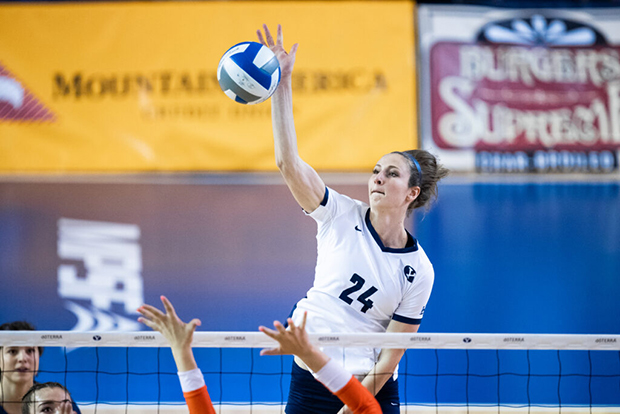 Kennedy and her teammates stay connected with frequent Zoom calls, and she’s following a structured workout and nutrition program. Everyone connected with the BYU team is ready, she said, for things “to get back in the groove again.”

And, like Zach, she’s grateful for a supportive spouse who also happens to be really, really good at volleyball. The Eschenbergs are BYU volleyball’s undisputed power couple.

“Zach is the most selfless person,” she said. “He’s been so helpful with whatever I need in volleyball. Even before [the pandemic], he was there for me when I needed to work on something extra.”

The pair continue to push each other during their frequent volleyball workouts, helping one another stay sharp and loose during an unprecedented time.

The Eschenbergs each hail from sports-loving, athletic families. And both agree receiving offers to play for their respective BYU volleyball programs was a dream come true.

But before Zach began his collegiate playing career, he answered a missionary call to Lima, Peru.

While laboring in South America, he rarely told anyone he was a BYU athlete—although his made-to-play-volleyball frame likely snagged curious stares as he knocked on doors and walked the streets of his mission.

“I wanted to focus entirely on the Lord while I was on my mission,” he said. “I wanted to focus on helping people come to Jesus Christ and better understand who He is. . . . It all made me realize what was most important in life.”

Growth, he found, comes from respecting the process.

Following his mission, Zach arrived in Provo anxious to work his way into the rotation of one of college volleyball’s most respected programs. He had no clue the sport would match him with his future wife.

Zach was raised in Southern California. Kennedy Redding grew up in Bountiful, Utah. Despite being high school volleyball stars, they didn’t know each other until both were beginning their respective BYU careers. They were introduced by fellow teammates from the men’s and women’s volleyball teams.

Kennedy was hooked at hello. 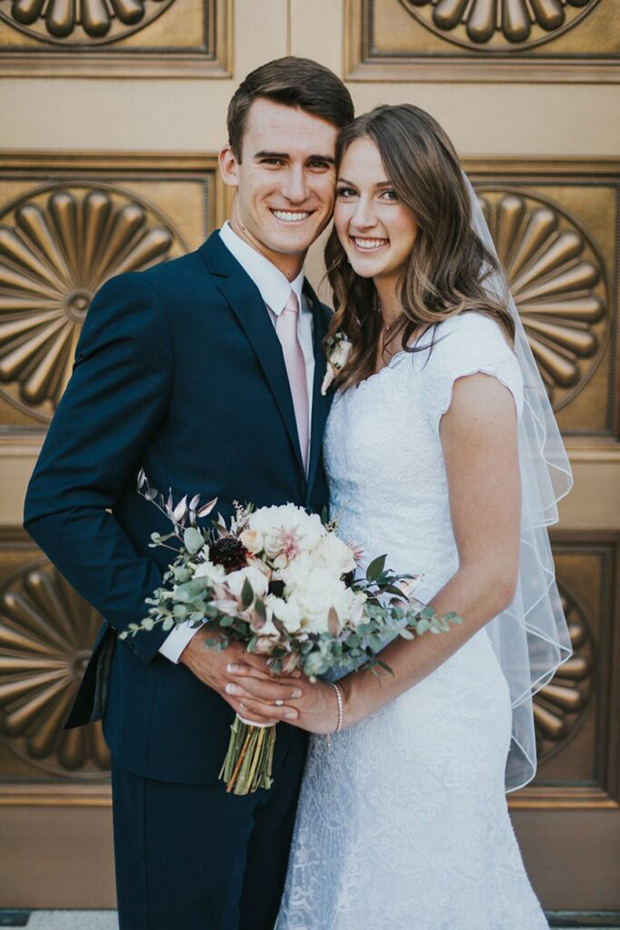 Zach and Kennedy Eschenberg were married in the summer of 2018 in the Bountiful Utah Temple. Photo courtesy of the Eschenberg family.

“I liked Zach right away,” she said, laughing.

Soon they were spending their free time together cheering at BYU sporting events, making cookies, and walking with one another to and from the Student Athlete Building.

“It all just blossomed into a great friendship,” said Zach. “At first, I was too nervous to ask her out, because I didn’t want to mess things up.”

Overcoming his jitters, Zach ultimately asked Kennedy out on a date. They were engaged a little over a year later and were married in the Bountiful Utah Temple in the summer of 2018.

No surprise, the Eschenbergs have become “superfans” of one another’s volleyball teams.

“Sometimes things go well on the court—and other times, things don’t go well,” said Zach. “It’s nice to be able to get feedback from a loved one who recognizes and knows what’s happening on the court.”

“When you’re playing, you feel like you have some control. But when I’m watching Zach, and I know how hard he has worked, I get so nervous that I sometimes accidentally hit the people sitting next to me when a play gets too crazy.”

Both of the Eschenbergs say the most treasured things they learn from one another has little to do with volleyball.

Zach admires his wife’s work ethic and “selfless and service-oriented” personality. Kennedy is grateful that her husband “puts Christ at the center of his life.”

The global events of the past couple of months have been discouraging for the Eschenbergs. Zach still wonders how far the talented Cougars would have advanced in the 2020 NCAA volleyball championships. No one will ever know. 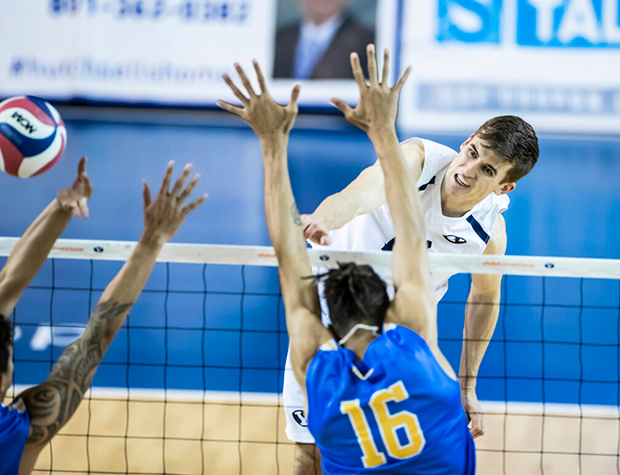 But the Eschenbergs have also relished the bright moments. Zach was recently recognized as an honorable mention All-American and was granted another year of playing eligibility. He’s thrilled that he will spend one more year in a Cougar uniform.

“It doesn’t take away the sting of what could have been an amazing 2020 season—but at least I know I will be able to come back and play again with my teammates and try to do it again.”

Kennedy, meanwhile, is optimistic her final BYU season will be played in full.

When their respective Cougar careers come to a close next year, the Eschenbergs expect to stay busy. They have each thought about playing professionally, “so we’re keeping our options open,” said Zach.