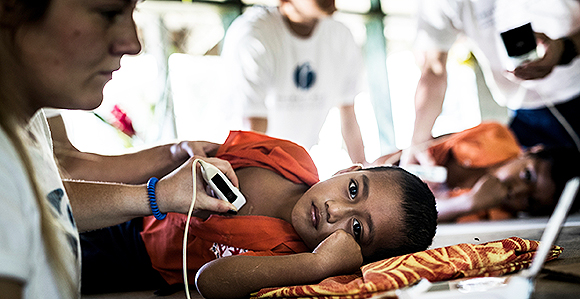 A BYU student volunteer examines a Samoan boy as part of the Rheumatic Relief program. Photo by Nate Edwards, BYU.

Lori was an all-conference sprinter on the Cougars women’s track team, while husband and linebacker Marv was a prolific tackler on the 1984 national championship football squad.

But both Allens would likely agree that their most meaningful connection to the Church-owned school happens thousands of miles away from Provo each year, where there’s not a sportswriter in sight.

For 10 years the Allens have helped operate Rheumatic Relief, a BYU-sponsored humanitarian program educating thousands of children in Samoa about the dangers of rheumatic heart disease—while simultaneously identifying kids suffering from the potentially fatal illness.

First, a quick primer on rheumatic heart disease, or RHD:

RHD is the most commonly acquired heart ailment in children in many countries around the world, especially in developing nations. Almost a quarter-million youngsters die each year from the disease.

A girl or boy with a strep throat infection can develop an abnormal immune response known as rheumatic fever, which then causes inflammation and, if left untreated, can lead to RHD and eventual heart failure.

In developed countries, RHD is a relative nonissue. Inexpensive, easily accessible antibiotics can eliminate rheumatic fever before damage is done. But in many parts of the world, RHD remains a dangerous burden. 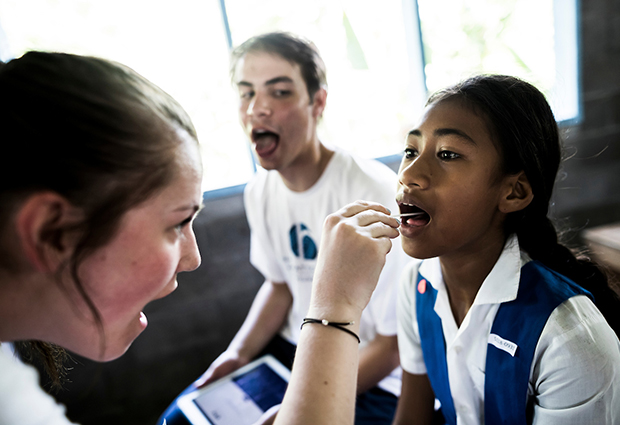 A BYU student volunteer examines a Samoan schoolgirl as part of the Rheumatic Relief program. Photo by Nate Edwards, BYU.

“For some reason, Samoa has a high prevalence rate of rheumatic heart disease,” said Lori Allen.

In 2009, Lori Allen was completing her PhD studies in public health promotion. Marv Allen was well into his medical career as a cardiologist and practicing in Utah. A missionary couple that had been serving in Samoa alerted them to the RHD crisis on the islands.

The Allens knew well that RHD was “very treatable”—but also a potentially fatal condition if allowed to develop. They were especially sensitive to the cruel reality that many of RHD’s victims in Samoa were young children.

“We both saw an opportunity where we could combine what we do professionally,” said Lori Allen. “We went to Samoa in 2009 for the first time as part of my [academic] research, and we’ve been going back ever since.”

Now each summer, a team of BYU students joins the Allens and other medical professionals to fly to the Samoan Islands as part of Rheumatic Relief.

“Our goal is to identify children [with the disease] at an early stage and get them started on penicillin so that they can remain at that same stage or get better.”

Another key element of the annual Rheumatic Relief missions to Samoa is educating children and their parents about RHD prevention and treatment.

Utilizing long-established partnerships with health and education officials in the Samoan government, the BYU group identifies a list of schools across the islands of Upolu, Savai‘i, and American Samoa, where it will set up temporary heart education and health clinics during each of its annual two-week visits.

A volunteer team of about 20 BYU undergraduate and graduate students who have been trained on the basics of heart screening are instrumental to each Rheumatic Relief effort in Samoa.

At each school, half of the BYU students are generally assigned to help perform the heart screenings under the direction of Marv Allen and the other medical professionals. The remaining students focus on educating (and entertaining) the kids about RHD.

“We teach the children by putting on a puppet show and by singing songs with familiar tunes to which we’ve added ‘rheumatic’ lyrics,” said Lori. “And all of the BYU students do it in the Samoan language.” 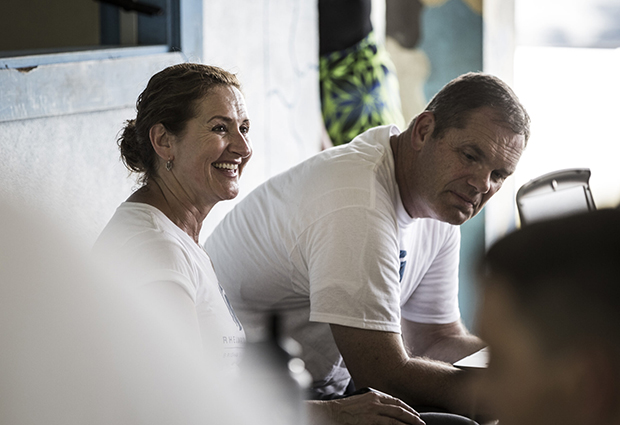 Lori and Marv Allen have been involved in Rheumatic Relief since its inception in 2009. The couple, both former BYU athletes, utilize their professional training to help manage the program. Photo by Nate Edwards, BYU.

The students earn course and internship credit for their efforts in Samoa—and leave the islands with priceless memories of helping heart health in children. Many of the student volunteers are preparing for professional careers in medicine or public health. A few possess valued Samoan-language skills picked up on missions or in their homes.

The college students, noted Lori Allen, “are absolutely critical to the program.”

Lyman encountered children who were ailing from the disease. “That was hard,” she said.

A BYU student volunteer examines a Samoan boy as part of the Rheumatic Relief program.
Photo by Nate Edwards, BYU.

But witnessing the smiles of hundreds of children who are now better protected against RHD was reward enough for Lyman and her fellow student volunteers.

“I enjoyed just being around the kids and seeing how happy they were—and knowing that love is a universal language.”

Thanks to the generosity of private donations, Rheumatic Relief also provides each of the children they screen with a new backpack, school supplies, and books.

Rheumatic Relief screens about 5,200 Samoan children each year. Some 30,000 have been examined over the life of the program.

“Our goal is to find children with RHD early on so that we can prevent problems,” said Marv Allen. “But we do come across kids who are advanced in the disease. We connect them with a local team in Samoa . . . who will send the children out of the country for surgery.”

Fortunately, most of the Samoan children diagnosed with RHD each summer—typically between 50 or 60—can be treated with antibiotics available on their home island. 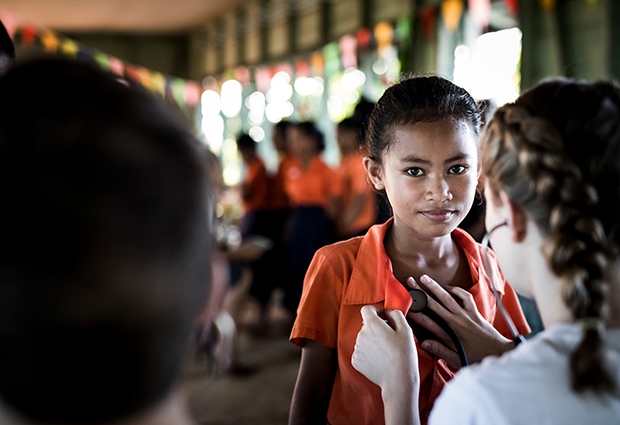 A BYU student volunteer examines a Samoan girl as part of the Rheumatic Relief program.
Photo by Nate Edwards, BYU.

The Allens agree that executing Rheumatic Relief’s mission is rarely easy. Transporting a small army of students and medical professionals—along with their advanced equipment—from Provo to the South Pacific makes for a daunting logistical task.

And many participants take time away from families, jobs, and medical practices to make the two-week trip.

“But we’ve seen so many miracles and tender mercies,” said Marv Allen. “Things seem to fall into place each and every time we hit an obstacle. We feel like we are doing a job that we are supposed to be doing.” 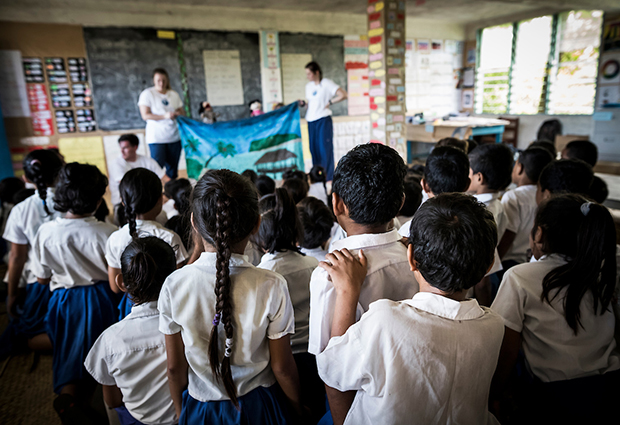 Not surprisingly, Rheumatic Relief’s ultimate goal is to advance RHD awareness on the Samoan Islands to a level that the BYU program becomes obsolete.

BYU’s motto is “Enter to learn; go forth to serve.” For 10 years and running, the school’s Rheumatic Relief program has allowed Lori Allen, Marv Allen, and scores of others opportunities to utilize their learning in serving others in life-changing ways.

“We can clearly see the Lord’s hand guiding us in all we do,” said Marv Allen.

Lori Allen added that the program reminds her that God is anxious to partner with His children in caring for His children.

“If you have the will do something,” she said, “the Lord will use you.”

Go to biology.byu.edu/rheumatic-relief to learn more about the program. 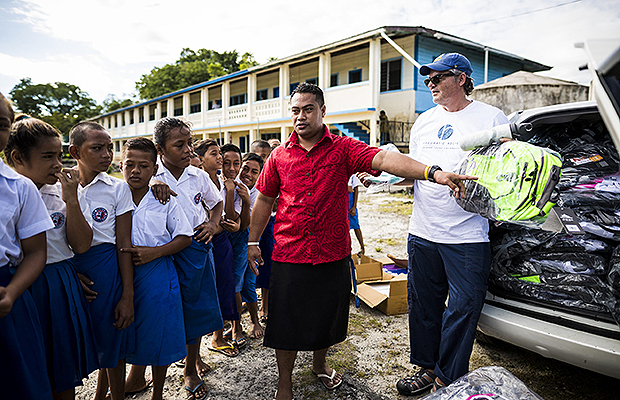 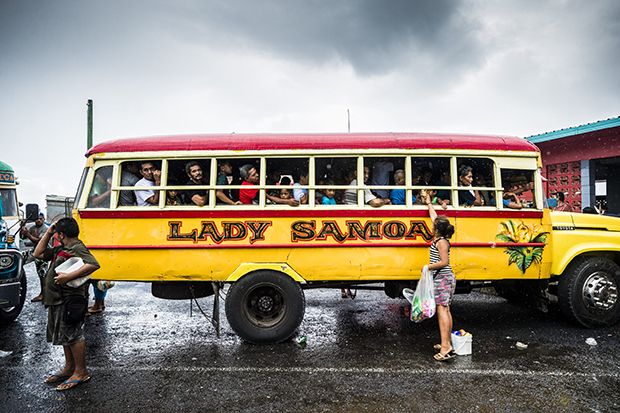