Jason Funke and his family go for a walk near their home in Houston, Texas. Photo by Robert A. Boyd, Deseret News.

“The Church community is so supportive and is able to reach out and help in so many ways in a time of crisis. It has improved my testimony so much to see how we can love one another in a time that’s scary.” —Isabela Funke

Jason Funke woke with the sweats on Monday, March 9, and, after taking his temperature, was surprised to find he had a fever of 102 degrees. Not thinking too much of it, he took some Tylenol and went back to bed, hoping to feel better by the morning.

That was the only symptom he experienced, and by the time he woke later that morning, his temperature was back to normal. He went about his daily business at home.

Later that day, however, he got a phone call from the airline where he works as a flight attendant informing him the flight he had recently taken to Brazil with his wife had confirmed cases of the COVID-19 virus.

Over the phone, Funke was asked whether he had experienced any flu-like symptoms.

“If they had called on Tuesday, I wouldn’t have even thought of it,” Funke said in a recent Church News interview. By that point in the day, his short-lived fever from the night before barely registered in his memory as anything noteworthy, but it had just happened, so he mentioned it, just in case.

His company requested for both Funke and his wife to get tested for COVID-19 that day. When the results came back two days later, Funke’s test was positive, while his wife’s was negative. So they did the test again to double-check for the possibility of a false-positive or false-negative result.

With the second round, both tests came back positive, and the entire Funke family was put under official quarantine at their Houston, Texas, home.

Funke’s slight fever was the only symptom he or his family experienced, so life in quarantine wasn’t so bad, Funke said, describing the more than 14 days that he spent isolated at home with his wife and four children.

“We were able to just have fun together. We played games and watched movies,” he said. “There were also days when the kids would stay isolated on their own in their rooms.”

Even now, as their official quarantine has been lifted and they are able to leave their house again, the family mostly still stays at home together, Funke said, noting there is still a shelter-in-place order for their county.

Funke’s oldest two children, Isabela and Alisa, 18-year-old twins, said they felt that being members of the Church helped them be more prepared for an extended quarantine in their home and have a better perspective on what the virus means.

Although they were nervous upon first finding out their parents had the virus, they said they never felt scared by it.

“As I watched the rest of the world freak out, buying everything, it just felt like we were already prepared,” Alisa said. “There really wasn’t much we needed.”

Isabela added, “It’s been really nice too to see how the Church has responded. The Church community is so supportive and is able to reach out and help in so many ways in a time of crisis. It has improved my testimony so much to see how we can love one another in a time that’s scary.”

The biggest thing people can do to help is not allow their anxiety over these circumstances to exaggerate their conditions, Jason Funke said. “My wife is a therapist, and she talks about how allowing the mind to cause worry will definitely affect how well you actually feel.”

But even among the panic, there is good to be found, Funke continued. 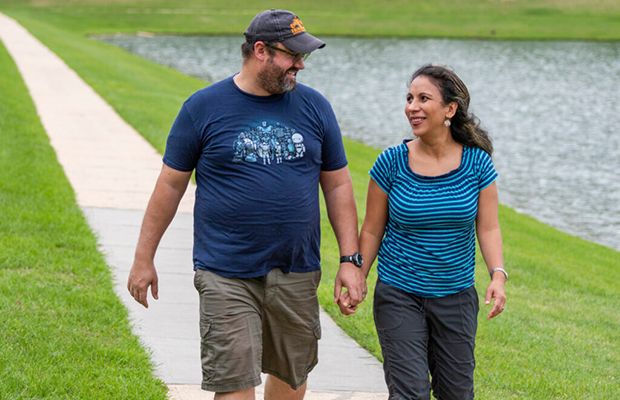 Jason Funke and his wife go for a walk near their home in Houston, Texas. Photo by Robert A. Boyd, Deseret News.

In their 14-day quarantine, the Funke family never found themselves wanting for anything, thanks to the kindness of their ward members and neighbors.

People were dropping off meals and waving from the street to greet the family practically every day, Funke said. “We were very well taken care of.”

They were even able to share their testimonies with friends and neighbors as they joined in on video-chat Sunday testimony meetings with their bishop down the street from them.

“In one meeting, we talked about how timely the Come, Follow Me curriculum is,” Funke said. “The world is essentially stuck at home now, and if this hadn’t come a year before, I think this experience of not being able to attend Church would have shook a lot of people.”

With home-centered curriculum and the blessings of technology, people can still be reaching out to one another, Funke said, even if it’s just one family or person to another.

Alisa added, “This is a global issue[,] . . . and it’s interesting how people have come together. We all need to strengthen one another and understand that it’s not something we can avoid but it is something we can prepare for and come out of together.”

Now that the Funke family has encountered the virus and been cleared of their quarantine, they are finding ways of their own to reach out and help.

They’ve reached out to neighbors to see how they can serve others. As a confirmed case for the virus who has recovered, Funke said he has already been contacted by the Houston Methodist Research Institute about giving blood and plasma for their research on the coronavirus.

“We’d like to help however we can,” Funke said. 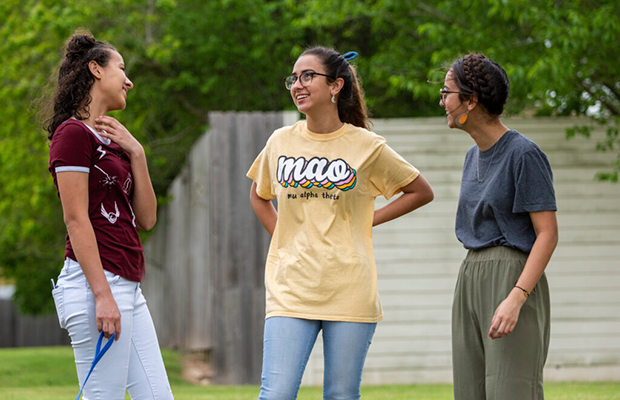 Members of the Funke family chat outside near their home in Houston, Texas. Photo by Robert A. Boyd, Deseret News. 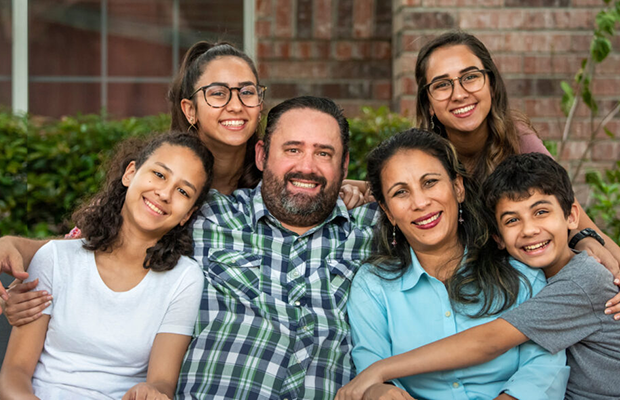 Jason Funke and his family outside their home in Houston, Texas. Photo by Robert A. Boyd, Deseret News.