LDS Business College students walk across Temple Square for a devotional in the Assembly Hall on March 3, 2020. Photo by Valerie Johnson, Deseret News.

“There is [no evidence] more certain or sure than that of the Spirit. It is the witness of all witnesses—the evidence of all evidences.” —Elder Tad R. Callister, emeritus General Authority Seventy

The Book of Mormon, combined with the Spirit, is the greatest witness one has of the truthfulness of The Church of Jesus Christ of Latter-day Saints, said Elder Tad R. Callister, emeritus General Authority Seventy and former Sunday School General President.

In his Tuesday, March 3, LDS Business College devotional held in the Assembly Hall on Temple Square, Elder Callister listed past and present criticisms lobbied against the Book of Mormon and gave evidences of the book’s truthfulness. However, “there is none more certain or sure than that of the Spirit,” he said. “It is the witness of all witnesses—the evidence of all evidences.”

The first argument against the Book of Mormon that Elder Callister listed was that Joseph Smith couldn’t have written something so comprehensive and complex. “Therefore, someone far more intelligent and skilled than he must have done so,” he said.

Arguments ranged from claiming someone other than Joseph Smith had written the Book of Mormon, to him plagiarizing the Solomon Spaulding Manuscript, to claiming he suffered from a mental disorder like schizophrenia. Historical evidence, however, refutes each of these assertions.

Currently, in a dramatic shift of opinion, critics argue that Joseph Smith was a creative genius who pulled ideas from books such as View of the Hebrews and The Late War between the United States and Great Britain. Again, historical evidence states otherwise. No evidence suggests that he had any independent sources, that he visited libraries where these books were held, that he had notes from those books available while translating the Book of Mormon, or that he could even write a coherent letter at age 23. 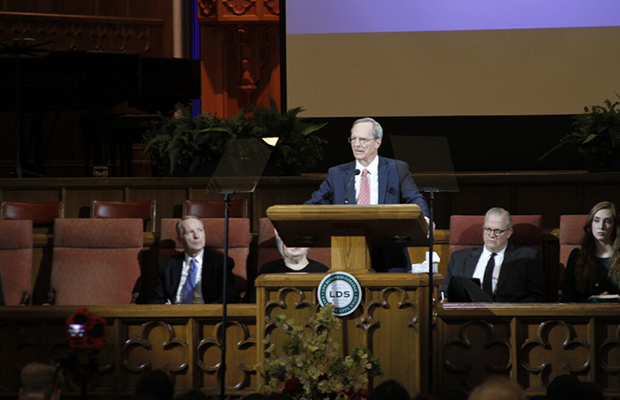 “This is staggering when you think about it,” Elder Callister said, “to claim that Joseph Smith, who could not write a coherent letter, wrote the Book of Mormon, with all of its historical complexity and profound doctrinal insights, in a single dictation draft in approximately 65 working days with no notes in front of him and only minor changes—mostly grammatical.”

Critics also argue that there are many anachronisms in the Book of Mormon. These include keeping records on metal plates, cement in ancient America, and barley in pre-Columbian America. However, over time, archaeologists have made discoveries that prove these were not anachronisms at all.

Elder Callister said that President Heber J. Grant was ridiculed by a peer for believing in a book that spoke of an ancient people who built cement houses. In President Grant’s April 1929 general conference address, he said, “‘That [criticism] does not affect my faith one particle. I read the Book of Mormon prayerfully and supplicated God for a testimony in my heart and soul of the divinity of it, and I have accepted it and believe it with all my heart.’ I also said to [my friend], ‘If my children do not find cement houses, I expect that my grandchildren will.’”

Since that time, Elder Callister said, houses made of cement and other large structures made of the same material have been uncovered in the Americas.

“What the critics have failed to mention—a monumental omission—is that archaeology scholars have opined that only two percent or less—probably much less—of ancient American ruins have been excavated,” Elder Callister said. 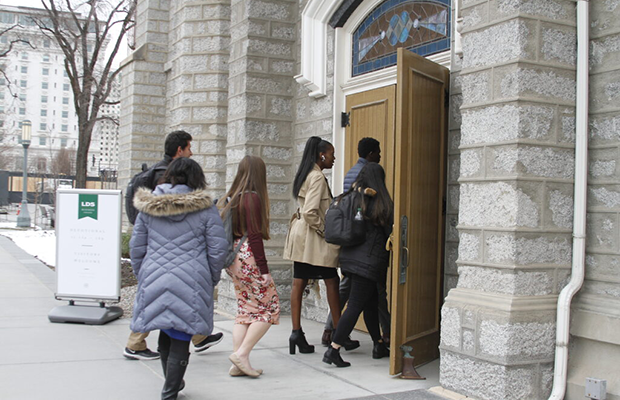 It is foolhardy to unequivocally state that these things didn’t exist during Book of Mormon times when at least 98 percent of these archaeological remains have yet to be unearthed, he said.

“Suffice it to say, time and science are great allies of the Book of Mormon,” Elder Callister said. “In fact, they are best friends.”

The Bible, too, is evidence of the Book of Mormon.

More evidence is found in the divine eloquence and doctrine contained in the Book of Mormon.

How did an inexperienced, uneducated young man so clearly articulate the profound doctrinal truths contained in the Book of Mormon, many of which is contrary to or clarifies the religious beliefs of his time?

“Because it was not brilliance but revelation that was the source of these teachings,” Elder Callister said. 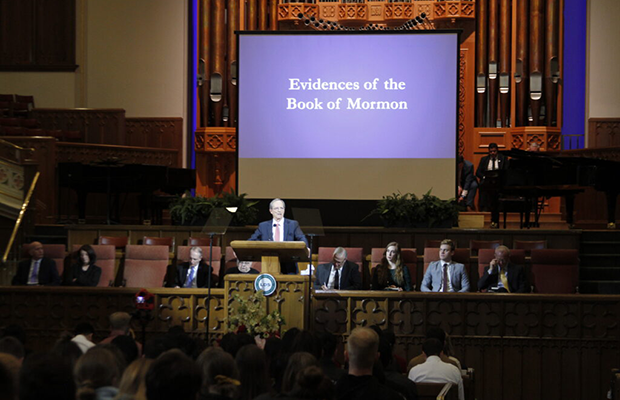 Further evidence comes from the testimony of the 11 witnesses. History has preserved about 200 statements from these men, Elder Callister said, “which in totality comprise a formidable witness of the Book of Mormon.”

These testimonies, borne under difficult circumstances or under threat of life and reputation, “are compelling, even irrefutable evidence of the divine origin of the Book of Mormon,” he said.

Finally, the greatest evidence of all these is that of the Spirit of God.

Moroni confirmed this truth in the final chapter of the Book of Mormon: “And when ye shall receive these things, I would exhort you that ye would ask God, the Eternal Father, in the name of Christ, if these things are not true; and if ye shall ask with a sincere heart, with real intent, having faith in Christ, he will manifest the truth of it unto you, by the power of the Holy Ghost” (Moroni 10:4).

“Hopefully we will never underestimate the power of that promise,” Elder Callister said.

The Book of Mormon is not on trial, he said. “[Its] divinity cannot be contested by the honest in heart. It is we who are on trial to see if we will read it with a sincere heart and real intent to discover its truth.”

Elder Callister added his own witness to that of many others of the Book of Mormon’s divine origin, “that it is God’s crowning witness of the divinity of Jesus Christ, the prophetic calling of Joseph Smith and the absolute truth of this Church.” 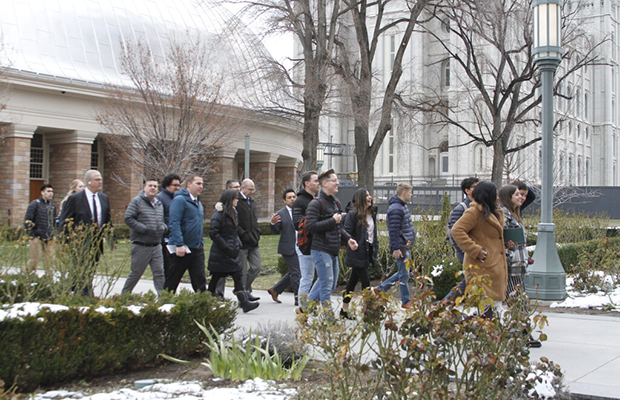 LDS Business College students walk across Temple Square for a devotional in the Assembly Hall on March 3, 2020. Photo by Valerie Johnson.